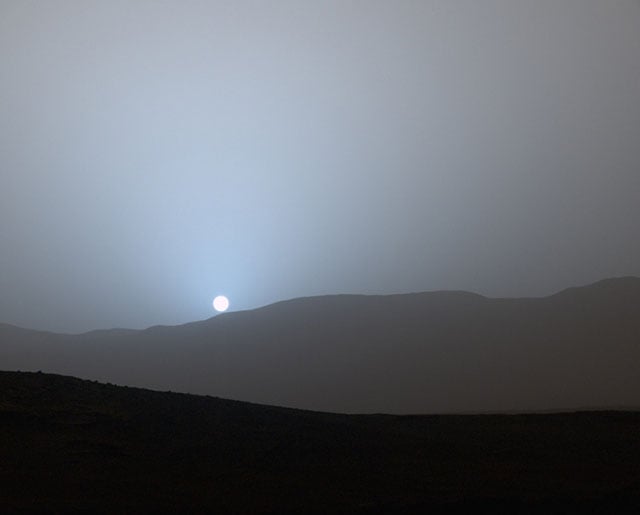 This NASA photo roughly shows what a sunset on Mars would look like to our eyes if we were standing there to witness it. The agency released this true color image after earlier sharing a black-and-white version that was captured by the Curiosity rover in the middle of April 2015.

Curiosity used its onboard Mast Camera (known as the “Mastcam”) to capture this sunset on the evening of April 15, 2015. The image was captured in black and white but beamed back to Earth with a Bayer matrix that can be used to construct the color version of the shot.

“This was the first sunset observed in color by Curiosity,” NASA writes. The agency also turned four images captured over a span of 6 minutes and 51 seconds into a time-lapse of the Martian sunset:

“The color has been calibrated and white-balanced to remove camera artifacts,” NASA says. “Mastcam sees color very similarly to what human eyes see, although it is actually a little less sensitive to blue than people are.”

If you’re wondering why the sunset is blue rather than the reddish colors we see here on Earth, NASA says it has to do with the dust on the planet.

“The colors come from the fact that the very fine dust is the right size so that blue light penetrates the atmosphere slightly more efficiently,” says Curiosity team member Mark Lemmon of Texas A&M University. “When the blue light scatters off the dust, it stays closer to the direction of the sun than light of other colors does. The rest of the sky is yellow to orange, as yellow and red light scatter all over the sky instead of being absorbed or staying close to the sun.”

Here’s what the same Sun looks like when it’s setting here on Earth, millions of miles away: 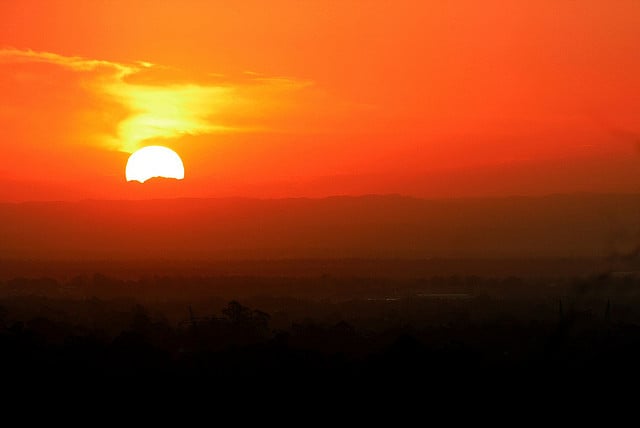 Canon Warns the Original 5D May Suffer From Mirror Separation