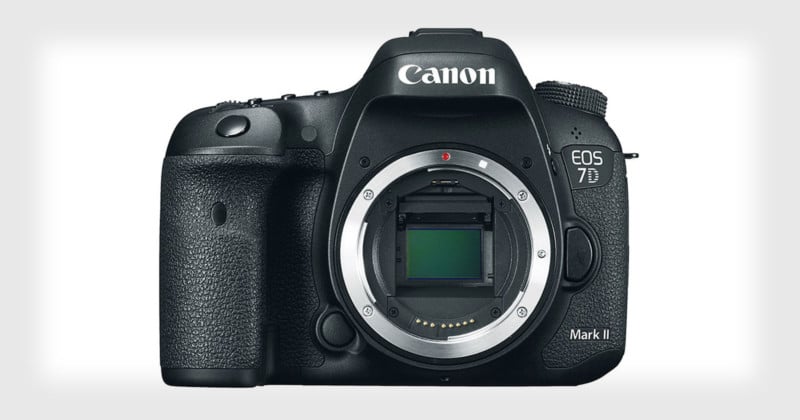 As Canon turns its attention to growing its mirrorless camera market share, the company is reportedly sunsetting some of its popular DSLR lines such as the high-megapixel 5DS and 5DS R. And the latest word is that the popular 7D line has also come to an abrupt end.

Canon Rumors is reporting that Canon is ending the 7D series in favor of an EOS R mirrorless alternative.

Since the semi-professional 7D and 7D Mark II are top-of-the-line APS-C crop sensor DSLRs, the question is naturally whether Canon is planning to expand its EOS R system, which currently only features full-frame cameras (the EOS R and EOS RP), into APS-C bodies.

Announced back in 2014, the 7D Mark II is a popular option among photographers in need of a high-speed camera and videographers looking for a solid yet affordable alternative to pricey cinema cameras.

“We have been told that a few dealers and distributors are a bit worried about what Canon has in store for the replacement to the popular EOS 7D Mark II, as those buyers also buy lenses, more than EOS 80D buyers do,” Canon Rumors writes. “Canon has apparently told a couple of dealers that this concern will be addressed sometime later in 2019.

“There has also been talk that an EOS R replacement for the EOS 7D Mark II will require the RF mount to meet target focusing speed and accuracy. Apparently, there’s more to come with the RF mount that has yet to be revealed to the world.”

Canon is likely planning to announce an 80D replacement sometime this year, Canon Rumors says, and that lower-tier camera may get higher-tier features that allow it to fill some of the void left by the demise of the 7D line.

The Beauty of Ocean Waves Captured by Photographer Warren Keelan

Alter RFS: A Hinged Lens Filter Adapter That Swings Out of the Way