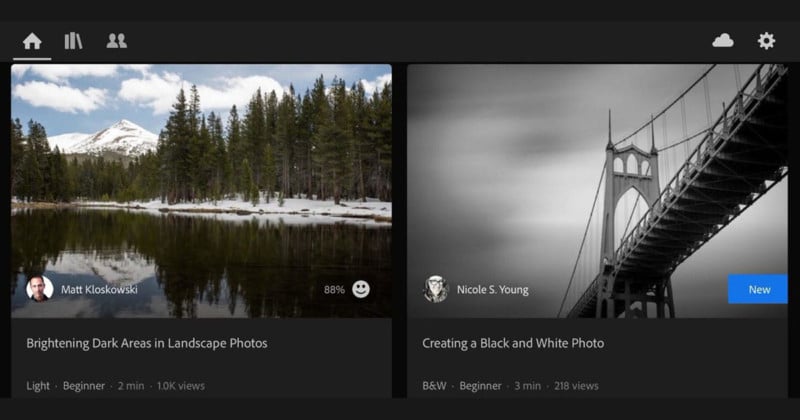 Adobe has announced the May 2019 release of Lightroom CC, and two of the more notable additions to the app are built-in interactive tutorials and a new Defringe tool. 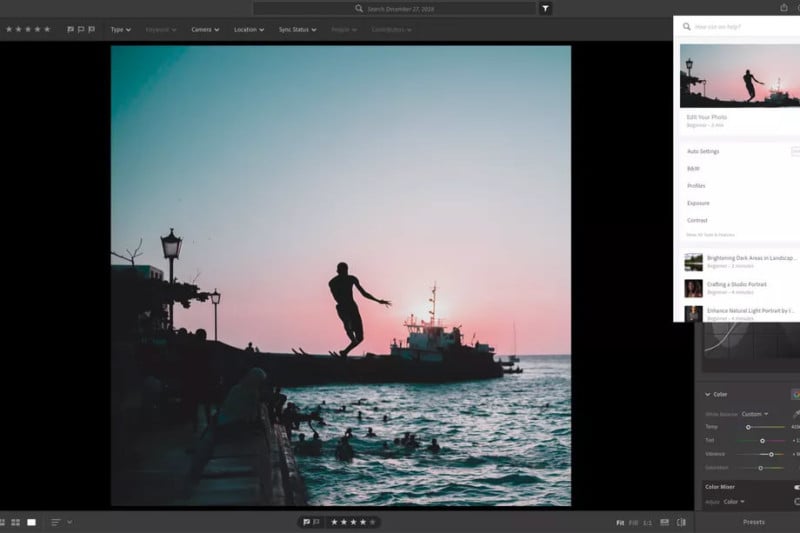 Lightroom CC for iOS and Android (and soon the desktop app on Mac and Windows) has new interactive tutorials that provide instruction direction from inside the app. And photos that are used in the tutorial are available for you to edit as you learn techniques hands-on, step-by-step.

In other words, you can do the same edits and use the same tools as the instructors as you’re going through the tutorial. 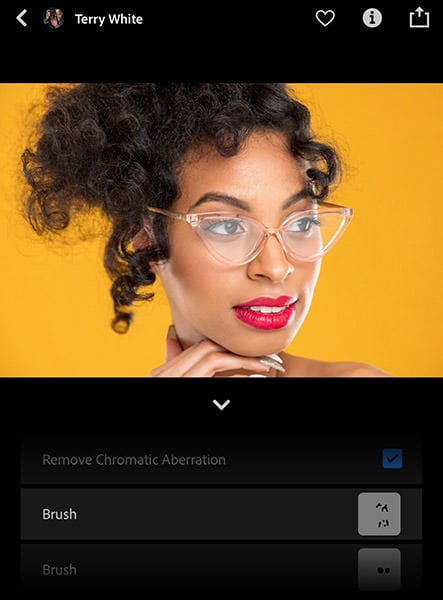 The Lightroom CC desktop app has also been greatly expanded with searchable help for each of the tools and some built-in tutorials with content from the iOS and Android versions.

“We recommend first turning on the Remove Chromatic Aberrations checkbox,” Adobe says. “Then, if there are still chromatic aberrations visible in your photo, use the eyedropper to select an area of your image that has a color fringe to identify the hue of the fringe to reduce throughout your photo.”

To get started with these new features and changes, make sure you update your Lightroom CC app on whatever device you’re using to the new May 2019 release.

Why Photographers Aren’t Getting Paid