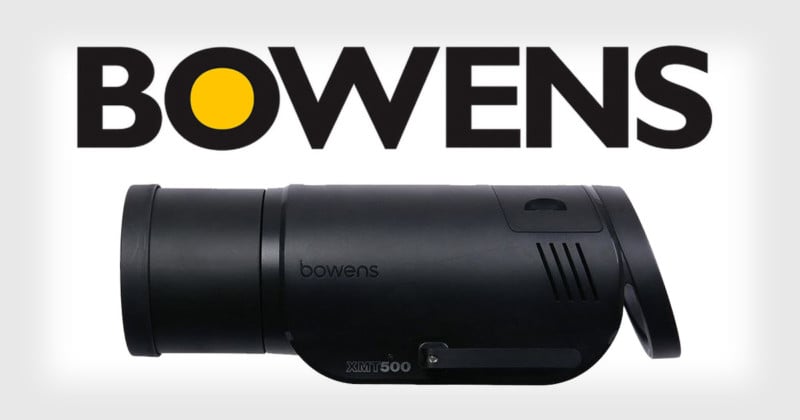 Bowens is back. After being acquired by the European investment group AURELIUS in 2016 and shuttered in 2017, the lighting equipment brand just returned from the grave along with its XMT500 flash head.

When it decided to shut down Bowens two years ago, AURELIUS cited the rise of cheaper lighting equipment out of China as one of the primary reasons. While companies like Godox have continued to grow and develop innovative new products, AURELIUS seems to have had a change of heart.

The resurrection of Bowens was announced by Wex Photo Video, the camera store that AURELIUS owns (along with Calumet).

“We are pleased to announce the Wex Photo Video exclusive relaunch of Bowens, beginning with the XMT500 Flash Head and Twin Head Kit,” Wex writes. “This is complemented by a wide range of light shaping tools, a two-year warranty and special limited-period launch offers.”

It appears that this is more than an effort to sell remaining stockpiles of flash heads, as Wex is saying that the XMT500 is only “the first product announced” as part of its exclusive relaunch of the Bowens brand.

Film vs Digital in Music Photography: I Shot the Same Show With Both

Judging a Photo Contest: My Experience with FOCUS Photo L.A.