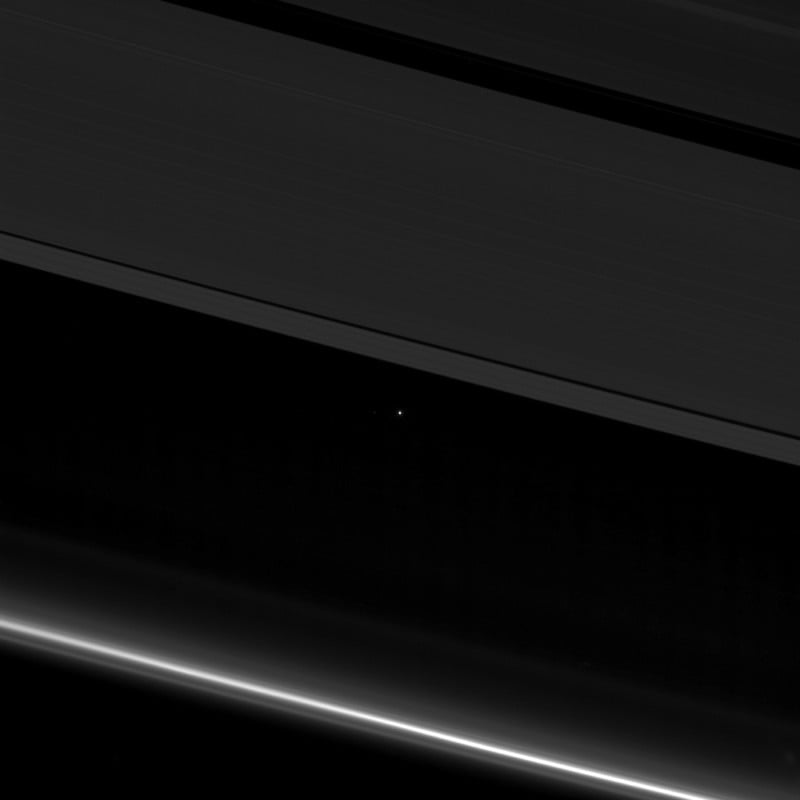 NASA just published this remarkable photo captured by its Cassini spacecraft on April 12th, 2017. Shot from 870 million miles (1.4 billion kilometers) away, it shows Earth as a bright dot framed by Saturn’s icy rings.

Zooming into the original, high-res version of the photo also shows the Moon as a smaller and dimmer point of light near Earth:

NASA says the photo was made while the rings were backlit — they were blocking the Sun from view while the spacecraft’s camera’s snapped the multiple photos that went into the composite image above.

The photo is reminiscent of NASA’s iconic “Pale Blue Dot” image. That shot, made by the Voyager 1 space probe back in February 1990, was captured from a whopping 3.7 billion miles away.

How NOT to Approach a Photograper If You’re an ‘Influencer’