As friends and families get ready to get together for the holiday season, Google Pixel 3 owners are experiencing a bug that could get in the way of capturing special memories. People are reporting camera error messages and their phones failing to launch the highly-touted camera.

Charged reports that hundreds of Pixel 3 owners have taken to online channels such as Reddit and the Google Product Forums with complaints that their cameras are no longer working.

For users affected by the bug, their cameras are unreliable — it frequently shows “Camera Error” messages and some users have resorted to rebooting their devices multiple times a day to get the camera temporarily working again until the next error shows up. Others have found that rebooting doesn’t fix the problem. 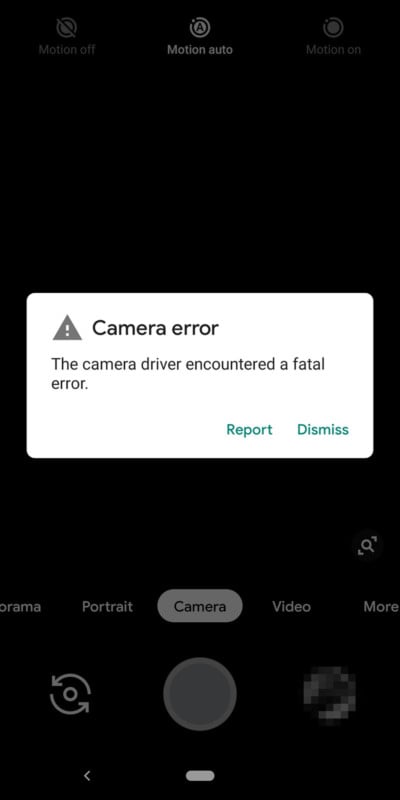 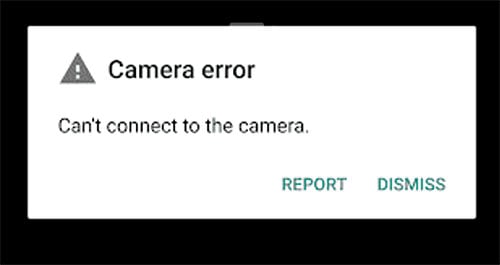 For many users, the problem seems to revolve around third-party apps that try to access the camera.

“If a third-party app is authorized to access the camera it becomes unusable until a reboot of the device is completed,” Charged writes. “The camera will pop up a number of errors including ‘could not connect to camera,’ ‘camera encountered fatal error’ or ‘The camera device encountered a fatal error.’

“Any app attempting to access the camera will crash or complain about hardware errors — and some apps like Instagram require camera access to function. It’s unclear what causes the issue, as the hardware functions fine, but when affected there is no fix.”

After poking around in the Pixel 3’s code, Charged believes that the issue has to do with the phone not correctly releasing a lock on the camera device that’s used to indicate the camera is in use — when apps believe that it’s still being used, the camera crashes.

Any time I try to use the camera with a third-party app, anything other than the default Camera app, the camera crashes and won't work again until I restart the phone

The first reports surfaced over two weeks ago and Google has told affected users that they should wait for a software fix — requests for device servicing and replacements have reportedly been turned down. But there does seem to be some kind of fix on the way.

“We’ve looked into reports of this issue and have identified a fix that will roll out in the coming weeks,” Google told BuzzFeed last week. There’s no word yet on when exactly the fix will arrive, but affected users might have to bear with the buggy cameras through much of the holiday season.

(via Charged via Engadget)

The Story Behind That IKEA Photo of Amsterdam

Tips for Getting Kids to Smile Naturally in Photos: 10 Secrets From a Pro