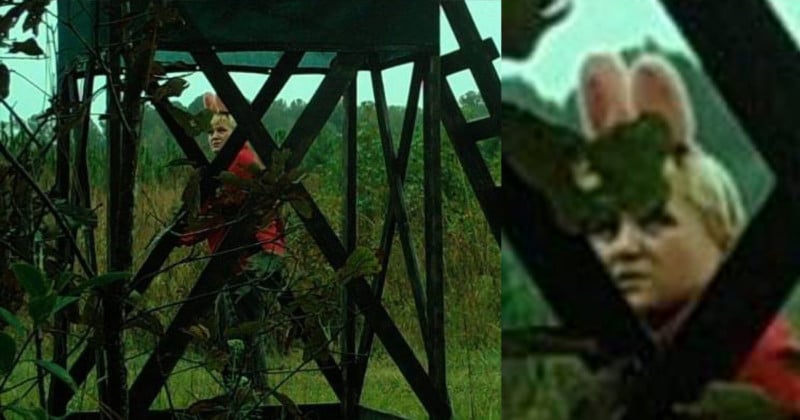 Now here’s a strange tale: a man wearing bunny ears is wanted for questioning in South Carolina in connection to a series of deer camera thefts.

The Berkeley County Sheriff’s Office shared an unusual post on Facebook on November 16th asking the public for help in identifying the man who was captured on surveillance camera at the scene of deer camera thefts.

“Bonus points if you can identify the bunny,” the sheriff’s office writes. “Those photographed are persons of interest in recent theft of deer cameras in the same area. This took place in the Eadytown area of Berkeley County. We know some-bunny knows them.”

The public immediately responded with humorous comments making light of the strange case. Here’s a sampling:

Just a day later, the Berkeley County Sheriff’s Office announced that the stolen cameras had been quietly and anonymously returned.

“Peter Cottontail made his way through the bunny trail… and somehow those stolen deer cameras ended up discovered in an Easter pail!” the sheriff’s office writes. “Today, the stolen deer cameras were dropped off at a convenience store in the Eadytown area of Berkeley County.”

The cameras have been returned to their rightful owner, but there may still be a camera thief hoppin’ around in South Carolina.

The Winners of the British Wildlife Photography Awards 2018