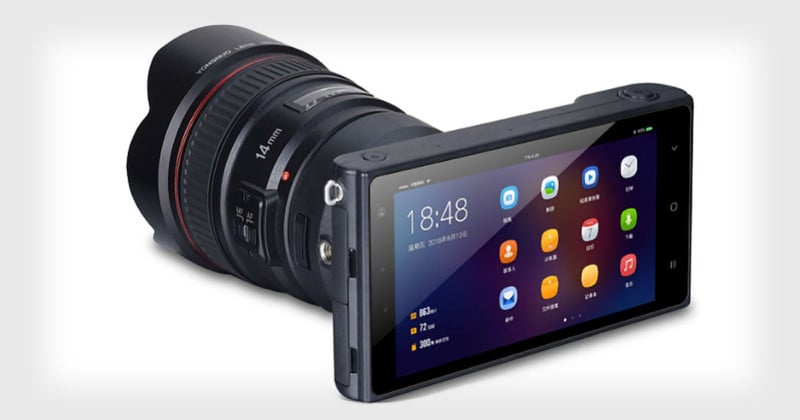 Just a few days after teasing its upcoming mirrorless camera, the Chinese company Yongnuo has revealed some basic specs: as we suspected, it’ll be an Android-powered mirrorless camera that supports Canon EF lenses.


The camera is being referred to as the YN450, but Yongnuo is running a contest to give it a snazzier name.

Inside the camera is a 16-megapixel Four Thirds sensor alongside a Qualcomm 8-core processor. The camera will run Android 7.1 for its operating system and have 3GB RAM and 32GB storage (as well as up to 32GB of expandable storage).

In addition to 16MP rear photos (with RAW functionality), the camera can also shoot 4K video at 30fps and 8MP front-camera photos.

On the back of the camera is a 5-inch 1080p multi-touch display.

Other features and specs include a stereo mic, GPS, a 3.5mm headphone jack, dual LED flashes, and a 4000 mAh battery.

While many of the specs may sound similar to what you can find in the latest smartphones these days — there’s even a selfie camera — the fact that it will support DSLR lenses and feature a large Four Thirds sensor clearly elevates the YN450 to the realm of mirrorless cameras.

No word yet on when the Yongnuo YN450 will be available or how much it will cost.

Update on 11/5/18: Photo Rumors published this image showing what the front view of the camera looks like: 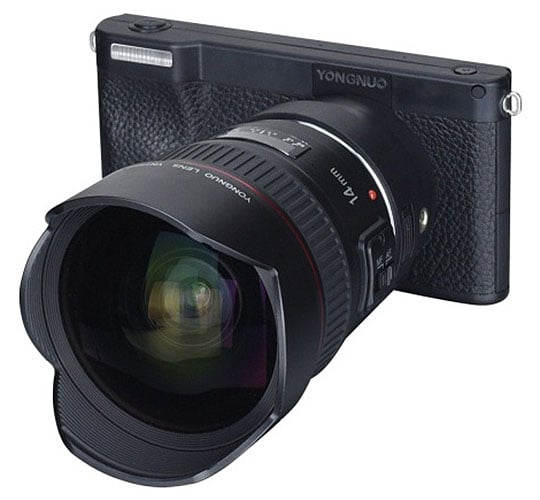