After years of shooting portraits with Canon cameras, photographer Sean Tucker recently switched over to Sony gear. After many people warned him that his portraits would suffer from Sony’s “terrible” skin tones, Tucker decided to put the cameras to the test himself in the 20-minute video above.

Right away, Tucker could tell “quite a difference” between the two sets of portraits — the Canon photos were a lot warmer with a yellow color cast and the Sony is much cooler with a magenta color cast. 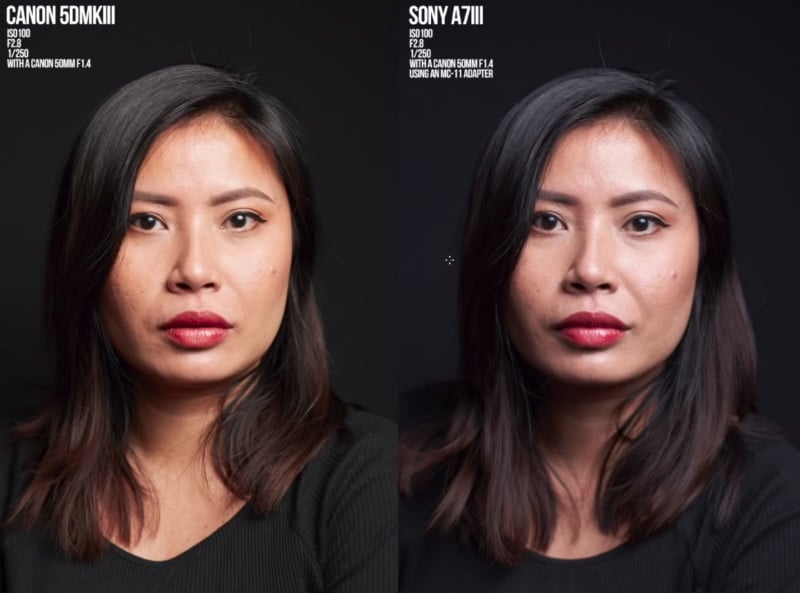 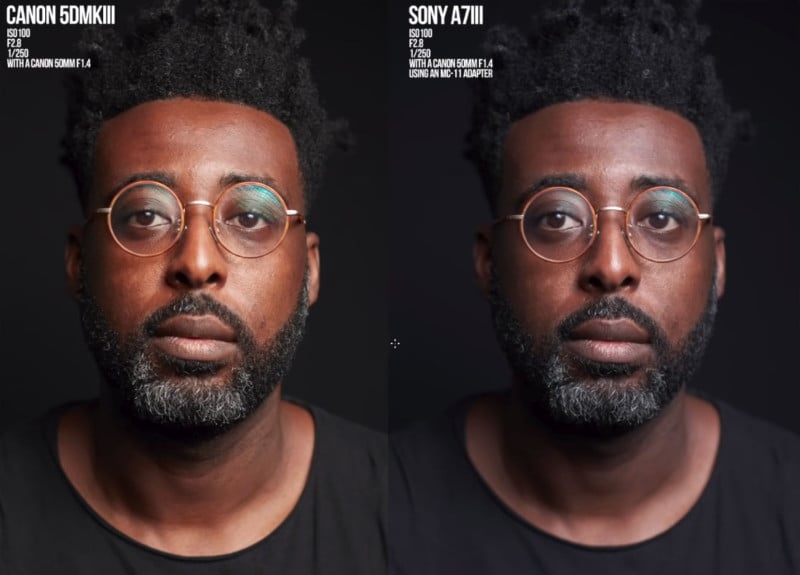 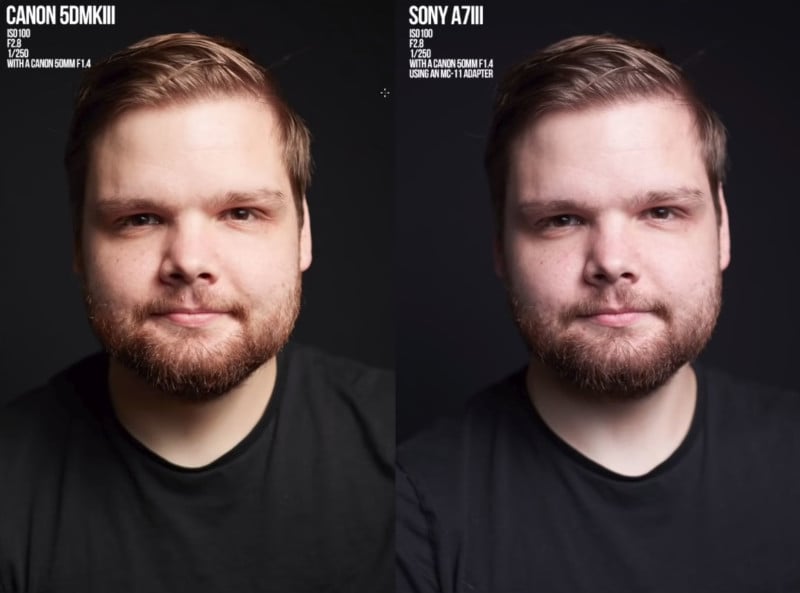 Tucker believes that Canon’s results make retouching easier for certain types of photographers, while Sony’s photos contain more skin details that may be better for photographers who are willing to put in retouching work.

At 7m30s in the video above, Tucker also discusses a simple formula for checking whether skin tones are where they should be (as well as correcting them) regardless of ethnicity. 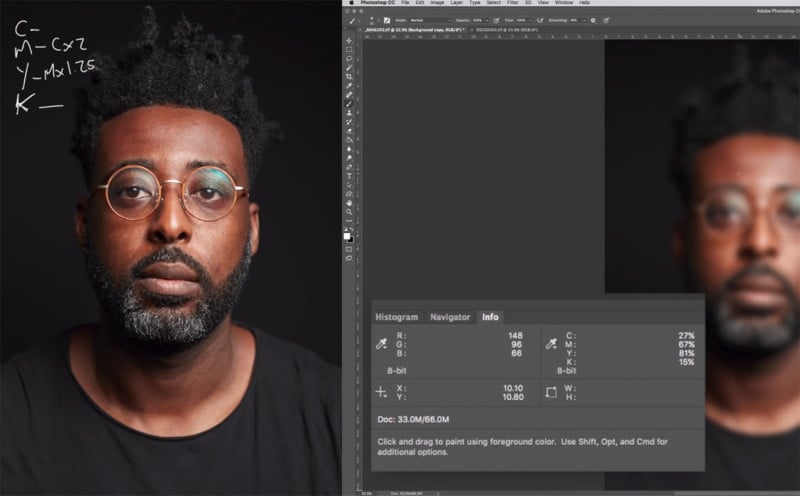 “Very few of us are posting images straight out of camera,” Tucker says, arguing that he can get to his desired result with either camera’s straight-out-of-camera photo as the starting point. 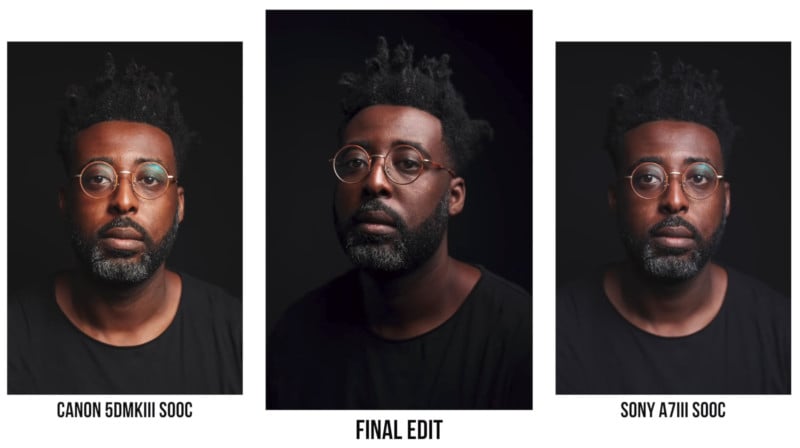 “With either of these images, if we go to work on them, are great starting points,” Tucker concludes, “and maybe our obsession about which camera has beautiful images straight out of the box is not as important as we think it is.”

P.S. Here’s a great 13-minute introduction to the world of camera color science.