Filmmaker Taiyo Masuda was kayaking with his friend Kyle Mulinder when he captured an unusual wildlife encounter on camera: a seal swam right up to Mulinder and slapped him viciously in the face with a large octopus.

The footage above was captured using a GoPro HERO7 Black off the coast of South Island in New Zealand and has been going viral online.

“We were kayaking in the winter NZ Kaikoura, beautiful day, seals were swimming and enjoying the sun on the rocks,” Masuda tells PetaPixel. Right around lunchtime, several seals started to swim around. We just thought they were refreshing their body, yet apparently they were seeking more of food.

“One seal swims right next to us, having an octopus in his mouth, pops right up of the surface next to us, then tries to chew up the leg but ended up slapping our face! Such a raw moment — it brought so much laughter to all of us all day long… What a day to remember!” 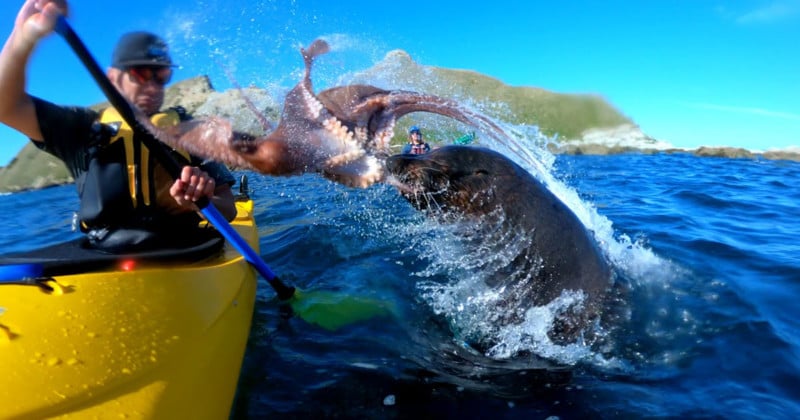 You can find more photos and videos from Masuda’s adventures on his Instagram.

Image credits: Video and still frame by Taiyo Masuda and used with permission

4 Portrait Locations You Can Find in Any Neighborhood