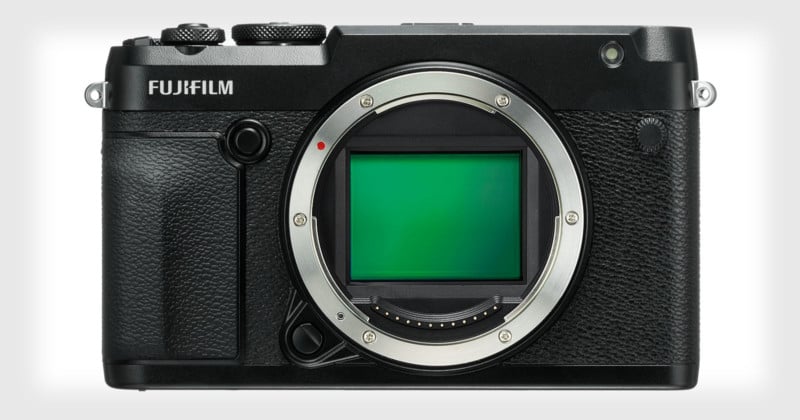 Inside the GFX 50R is a 51.4-megapixel G Format 43.8×32.9mm CMOS sensor with an ISO range of 100-12800 (expandable to 50-102400) backed by an X-Processor Pro image processing engine. The camera supports Fujifilm’s popular Film Simulation modes that can simulate the company’s popular film stocks, including Velvia, Provia, and Acros.

Fujifilm says it has optimized the micro lenses on the sensor for light gathering performance and image resolution, resulting in photos “that precisely reproduce the subject’s texture, three-dimensional feel and even the atmosphere of each scene.” 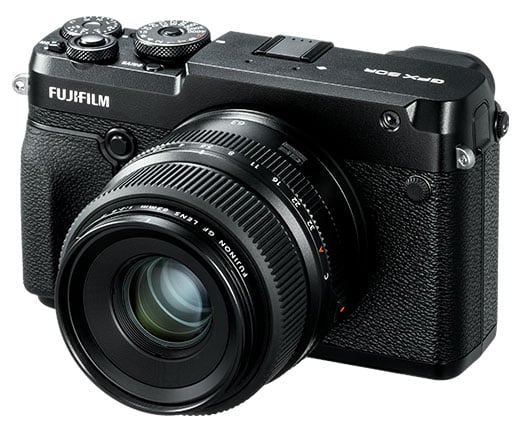 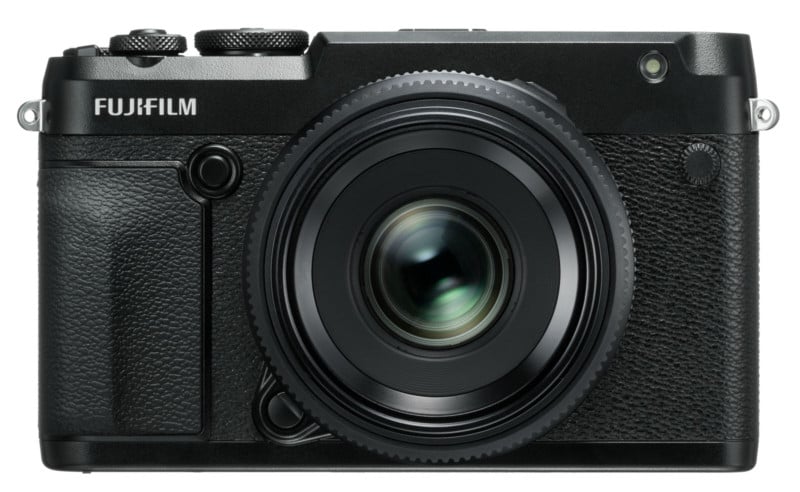 There are 64 points of weather-sealing on the rugged, magnesium-alloy camera body, and the operating temperature range goes as low as 14˚F/-10˚C. 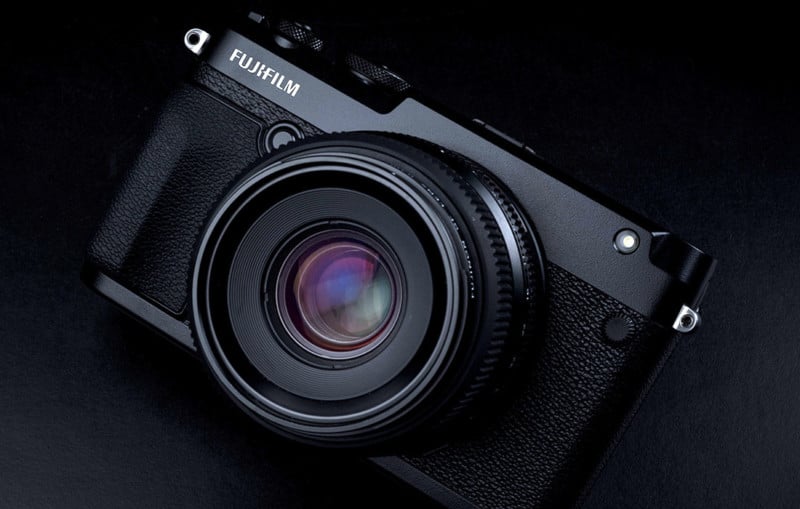 Instead of selector buttons, Fujifilm equipped the 50R with a Focus Lever for focal point adjustments, decluttering the physical interface and providing extra handholding space.

On the back of the camera are a 0.5-inch, 3.69-million-dot OLED electronic viewfinder and a 3.2-inch, 2.36-million-dot tilting touchscreen. 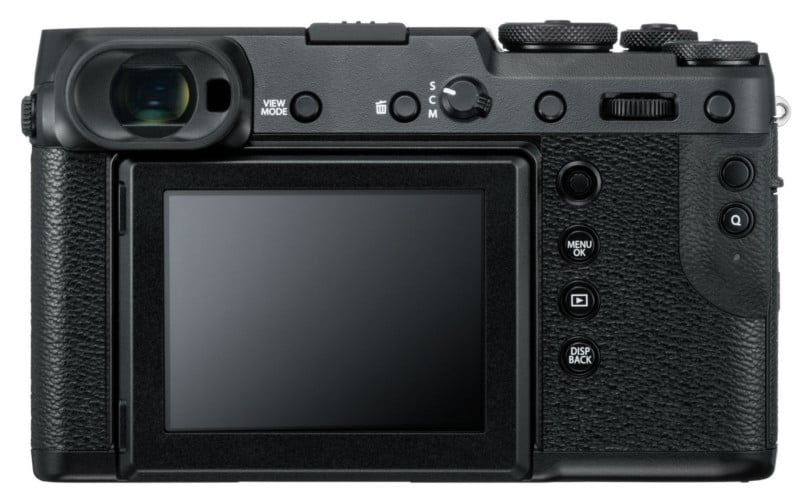 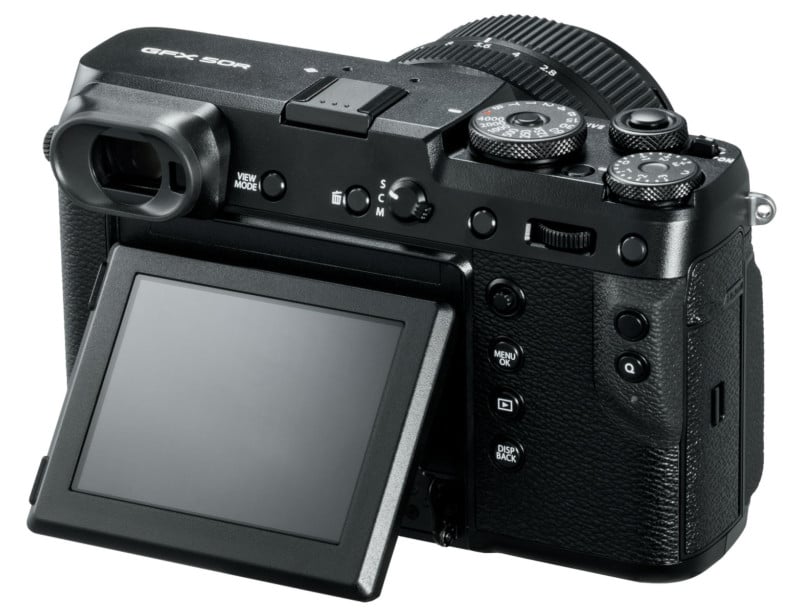 Here are some comparison views of the GFX 50R (left) and the GFX 50S (right):

Another interesting feature of the 50R is Bluetooth connectivity (a first in the GFX line) in addition to Wi-Fi. Photographers can use it to pair the 50R with a smartphone or tablet running Fujifilm’s free Camera Remote app.