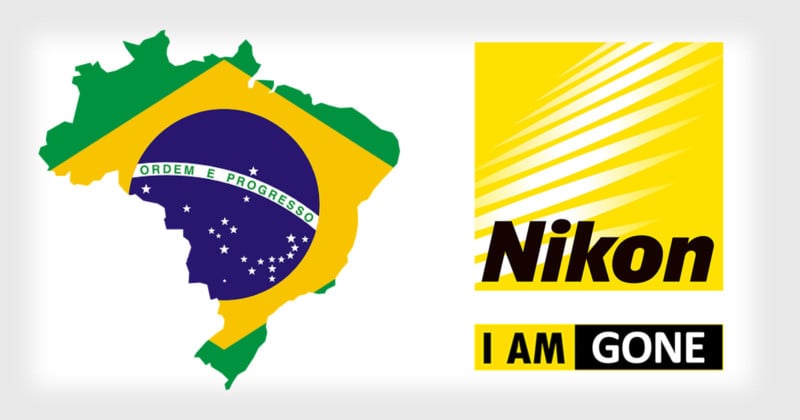 Nikon Brazil is no more. The division has officially announced that it has ended all of its activities in the South American country, and the news comes less than a year after it announced the end of online sales.

The Nikon Brazil homepage is now virtually blank aside from some customer service and account info next to a notice of the closure: Canon Brazil appears to still have thriving operations and a Facebook page with over 1.1 million likes.

Despite Brazil being a massive market — it has a population of around 210 million (the US is around 326 million) — Nikon failed to thrive in the country. Its struggles were apparently due to both the country’s policies and its thriving gray market. Brazilian hobbyist photographer Renato Murakami weighed in with some background info when sales were shuttered in November 2017:

“Not only [is the] Brazilian bureaucracy […] extremely horrible for foreign companies, […] but also there’s a huge grey market of not only cameras but all sorts of electronics and other types of products to contend with.

“[T]ax on electronics are around 60% of anything that’s over $50. But the rule is extremely confusing. […] In the end, any end consumer buying imported products in Brazil might have to pay over double the price and wait an extremely long time to actually get what they want.

“The situation is so ridiculous that it’s often cheaper to fly to Miami, purchase a bunch of electronics there, spend the weekend, and fly back… and still pay less than if you bought those products in Brazil. Particularly for expensive gear like cameras.”

Nikon Brazil says that valid warranties on photography equipment it sold will still be honored by the Nikon mothership and that those assistance and repair requests can continue to be submitted through its website’s form. Out-of-warranty products will now have their technical assistance services handled by Nikon USA.

What if All Photographers Had the Same Gear?