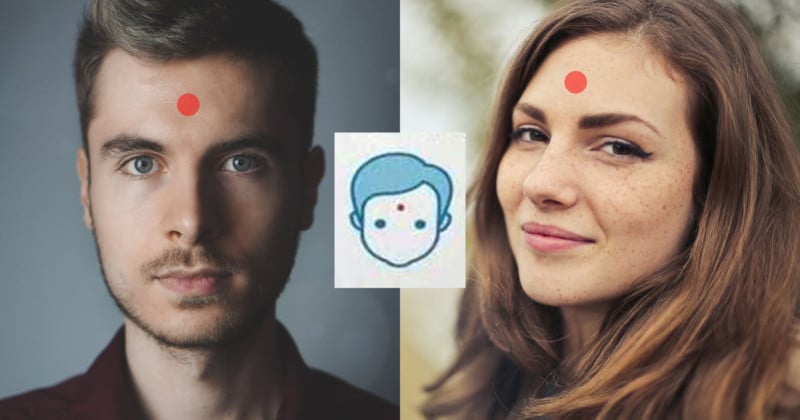 A festival in the Netherlands has come up with a strange response to the EU’s new GDPR privacy laws: it’s asking attendees who don’t want to be photographed to opt out by putting a red dot on their forehead.


NU.nl reports that the event organizer H&L first introduced the policy at its Haarlem Culinair culinary festival earlier this month. It was detailed (and illustrated) in a terms and conditions flyer that was distributed: 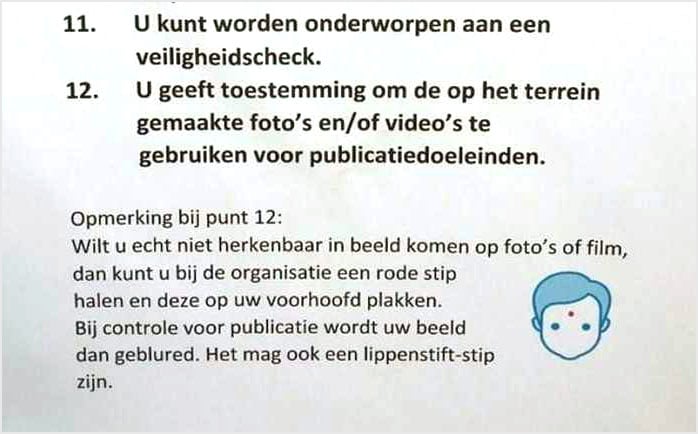 Rule #12 states (translated): “You give permission for photos and videos taken on the site to be used for publication purposes. […] If you really do not want to be recognizable in photos or video, you can get a red dot from the organization and stick it on your forehead. […] It may also be a lipstick dot.”

Of the 70,000 visitors to the end, a total of 3 attendees reportedly opted to wear red dots on their forehead.

“We have house rules at events. One of these is that we take photos and publish them on Facebook, for which visitors give permission,” Henny Leeflang of H&L tells De Telegraaf. “If you do not want that explicitly, we have come up with the red dot.”

When someone with a red dot on their forehead is discovered in photos, the festival organizers will edit the images to make their faces unrecognizable.

H&L says the new policy is a lighthearted response to new privacy laws, and that it plans to use the same policy at another food event later this month.

Image credits: Header illustration based on photos by Simon Robben and Bruce Mars