Film is on the resurgence as of late. Transparency film is another option from your regular negative film, but what is it exactly? When would you use transparency instead? How does it compare to C-41 or print film? And what is the dynamic range of transparency film? In this article, we’ll answer those questions and more.

Note: You can download the RAW files of the photos in this article here.

We shot a few rolls of transparency and print film in Canada and here in Pasadena. Now we’re back in California to go over our results.

In our first test, we’re going to show you what each film looks like when properly exposed. This will give you an idea of how the film stocks handle color, highlights, shadows, and contrast.

I like the Provia a bit more when you expose correctly because you get those rich colors that the Portra. 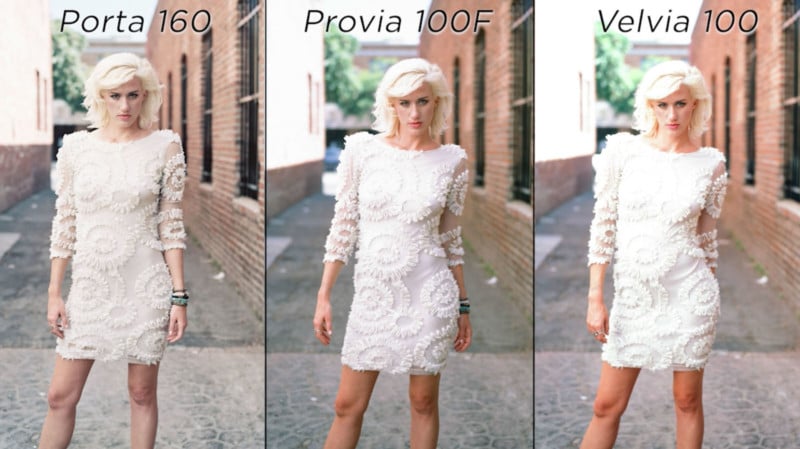 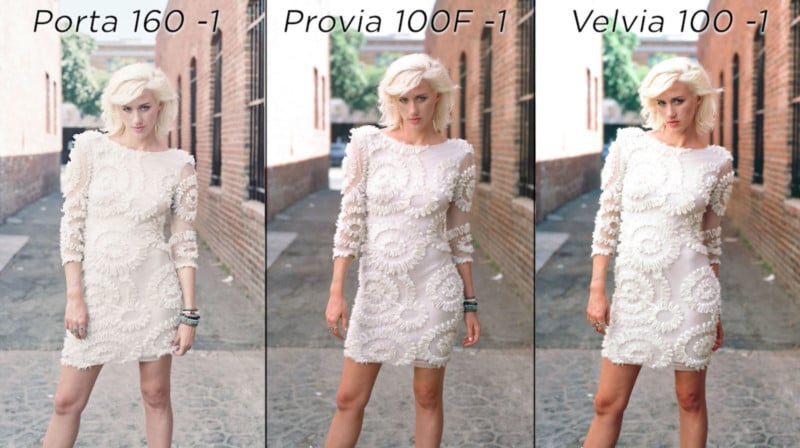 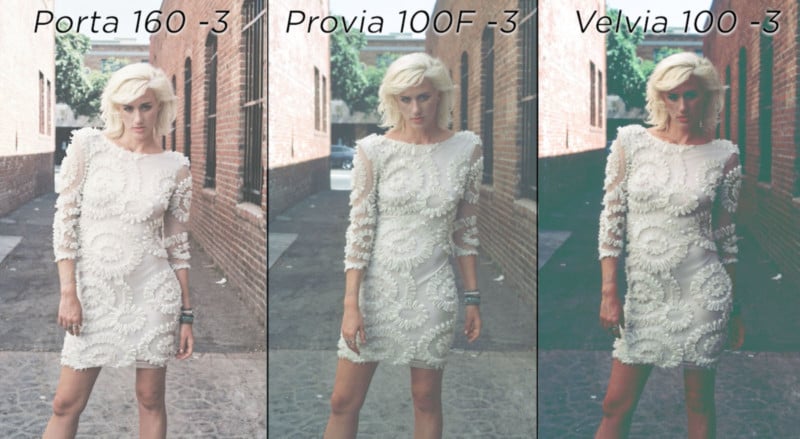 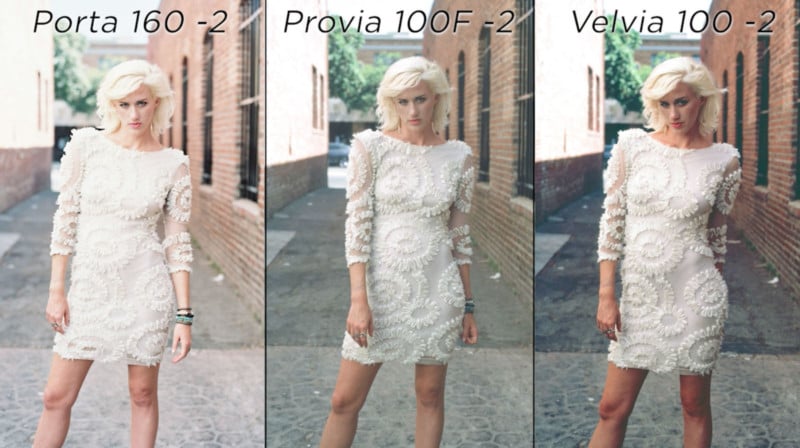 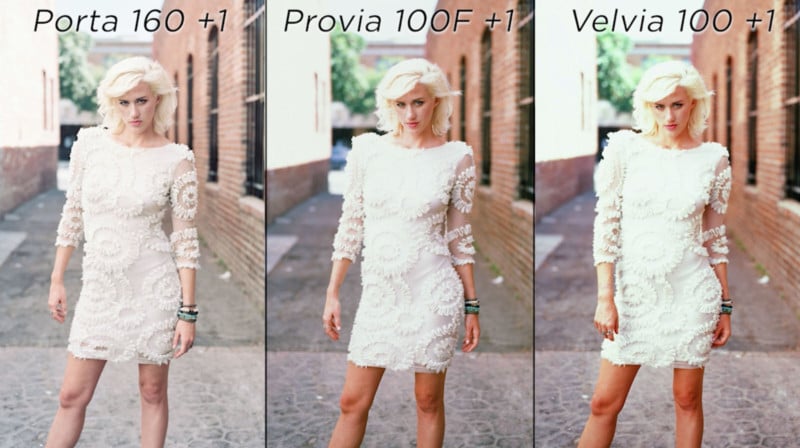 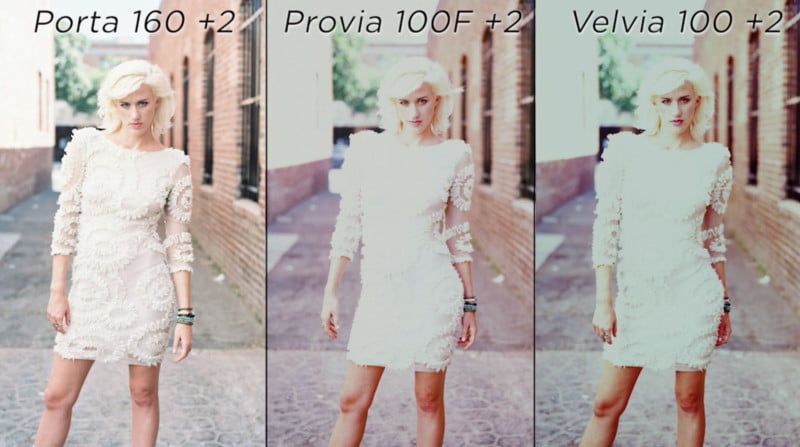 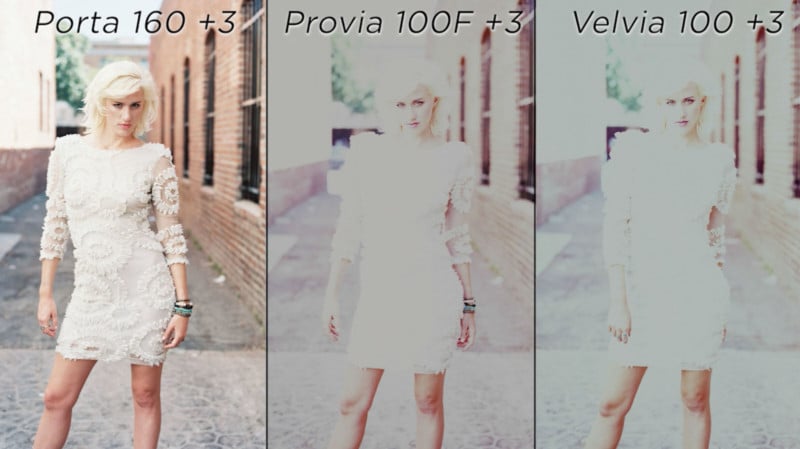 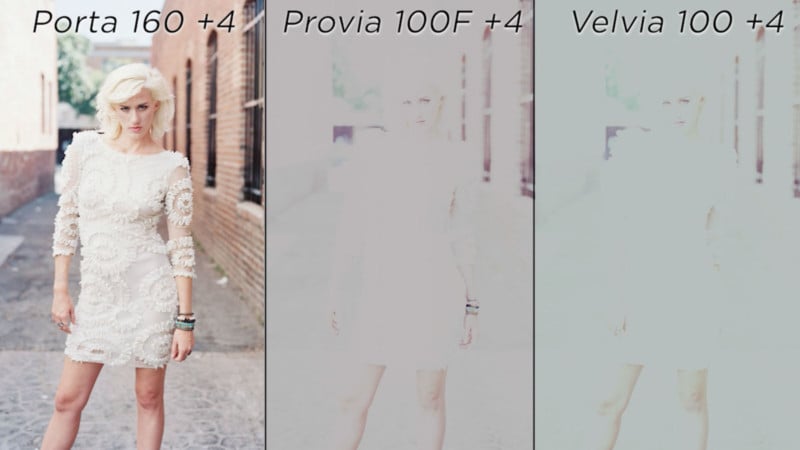 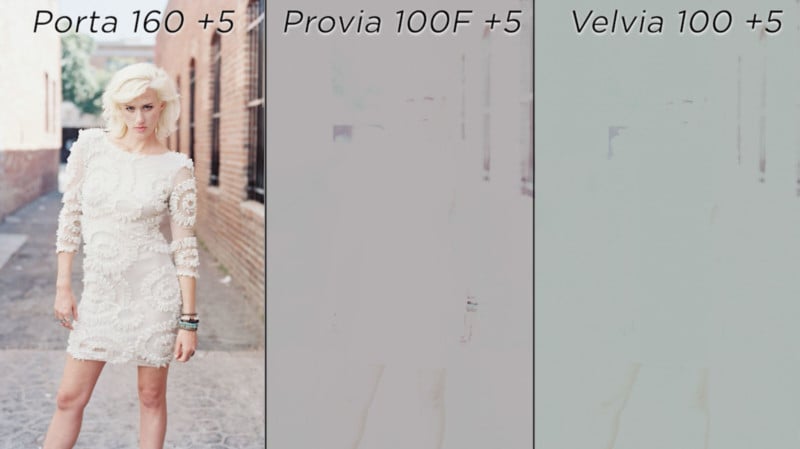 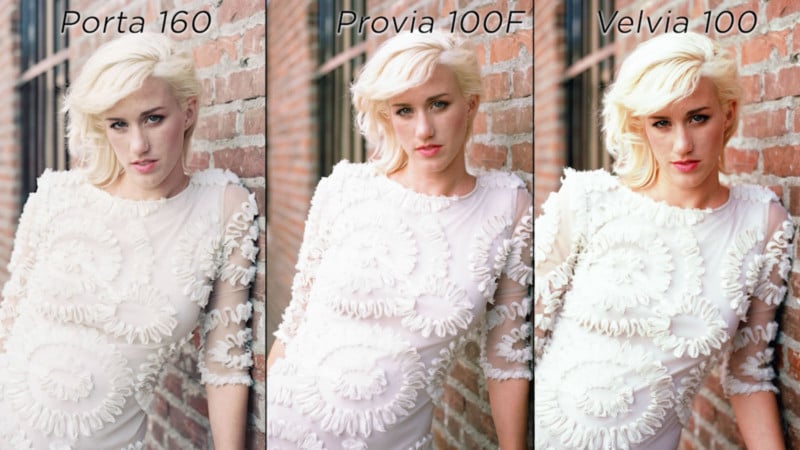 Here’s another comparison of correct exposure for these three film rolls. Velvia is a bit warmer than I’d like it to be and her hair is already starting to become over-exposed.

A lot of people like that ‘washed out’ look you get from Portra. If you don’t like it so much you still have a lot of room to change it up in Photoshop. These images are just straight from the scans we got, though, so you can be the judge.

Because transparency is such a finicky thing, it’s important to expose your frames properly. A lot of people who are shooting landscape film photography use transparency film because it gives you those rich colors that you don’t get with regular C-41. Landscapes are usually done when you have time to set up your shot as well, so it’s a great application for them. 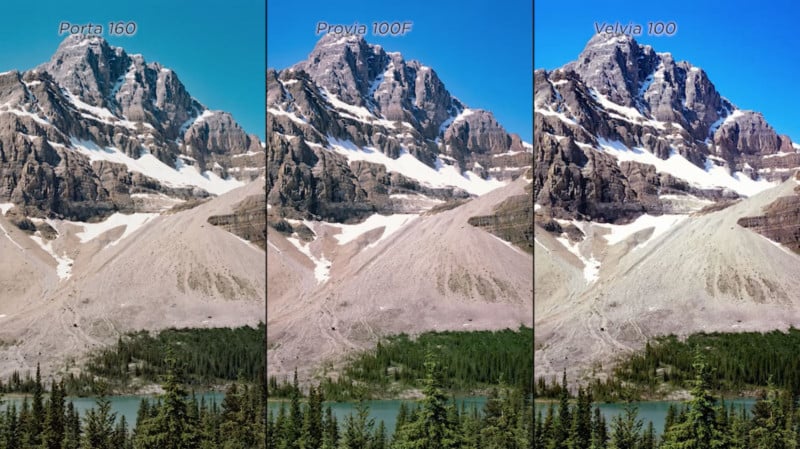 Provia and Velvia give your really rich colors which you don’t get in the Portra. However, be careful to frame your shots well. Velvia does not work in high contrast situations where there are prominent highlights and shadows in your scene. 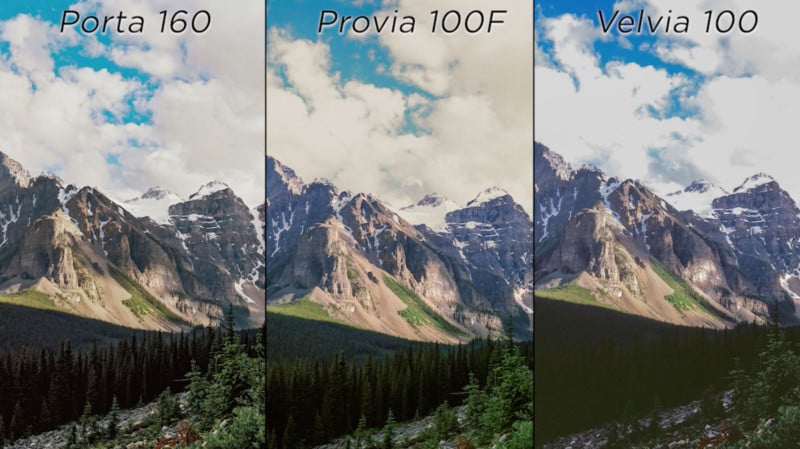 You can really see the difference in these films from the rock formation. These were shot with correct exposure, but you can see how the Provia film is a bit more magenta and the Velvia is a bit more greenish in tint. The lake also pops in the Velvia a lot more than the other two. 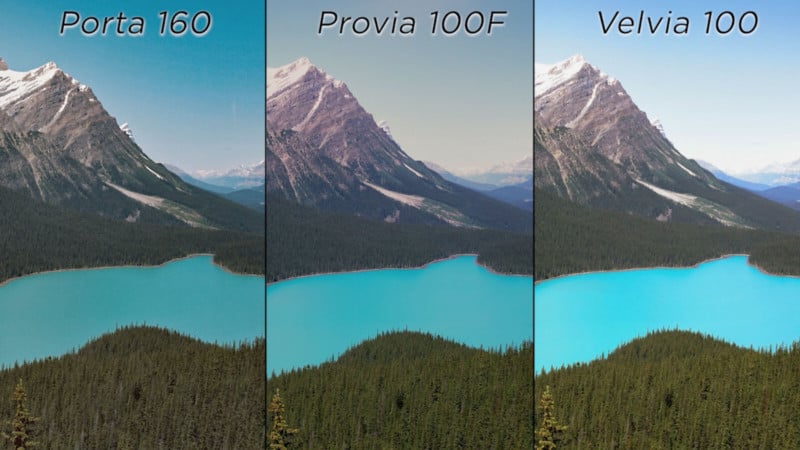 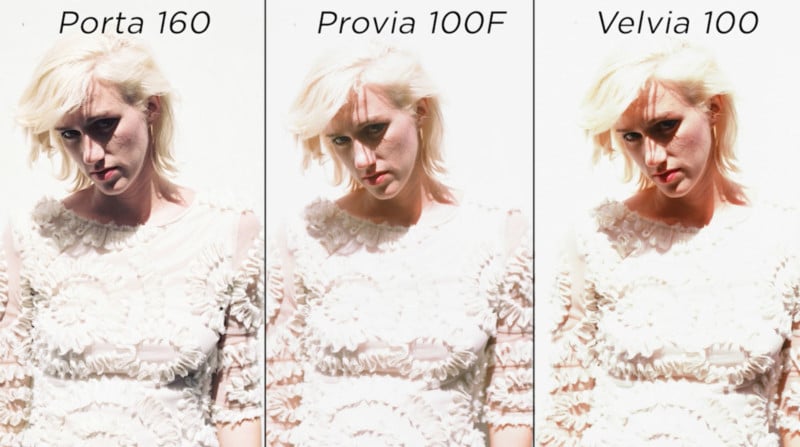 Subject in the Shadows 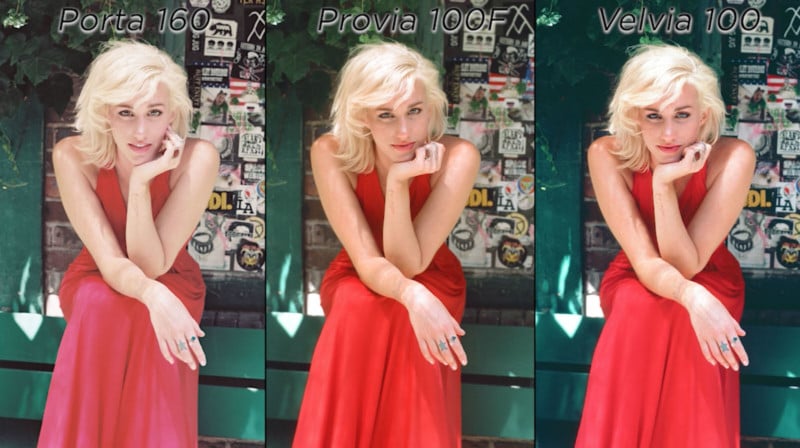 This is where Velvia shines. Look at those colors! It looks so stunning. If you were shooting in the shadows, I would most defiantly shoot on Velvia.

Here are a few other frames we got! 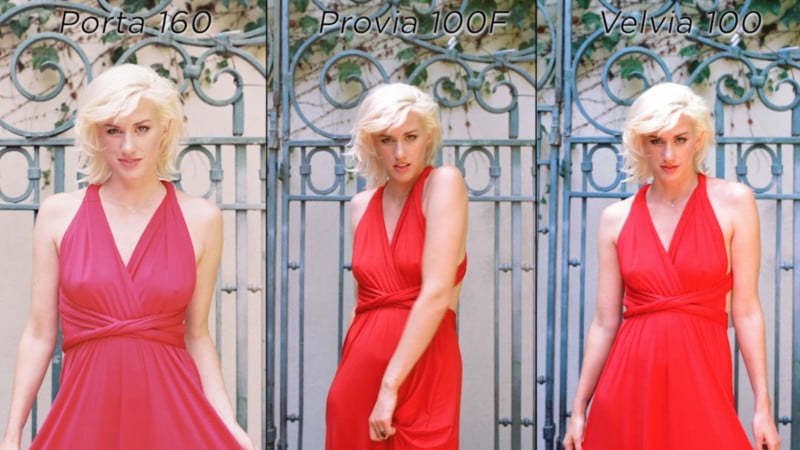 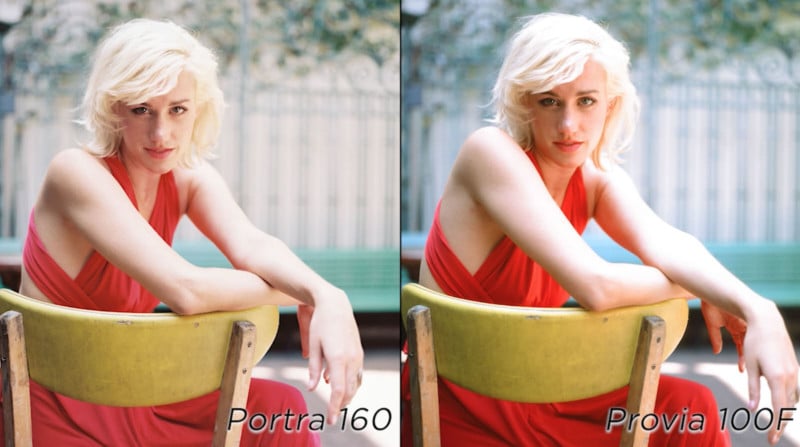 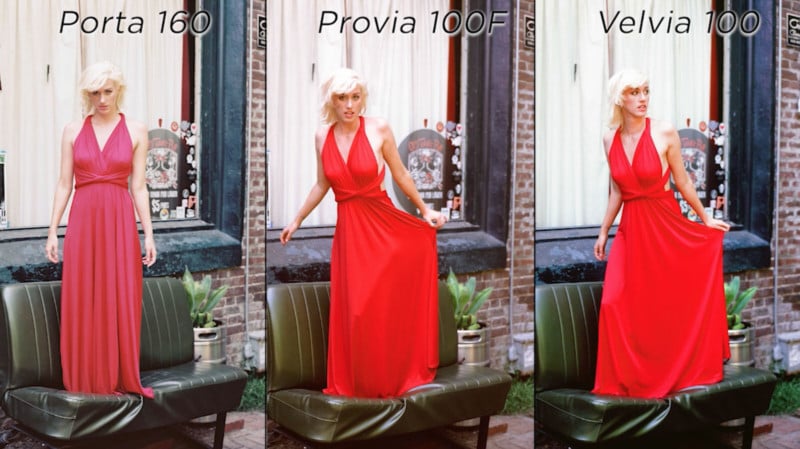 The Time Between: A Look Through the Eyes of an Astrophotographer