My name is Connar L’Ecuyer, and I’m a landscape photographer based in Southern California. A little while ago, I was driving on the highway at night and there is a section where the highway goes up some mountains. The moon was just rising over the highway. I thought to myself “That’s pretty awesome — I want to get a shot of that!”, and a few weeks later I was able to shoot it!

Before I went to shoot the image, I looked at The Photographer’s Ephemeris to see when the moon would be rising above the section of highway I wanted to photograph. You can select your location, then a secondary location on a peak, and it’ll tell you when the sun or moon will rise or set over that peak. Once I set that up, I knew the shot had to be slightly after midnight. 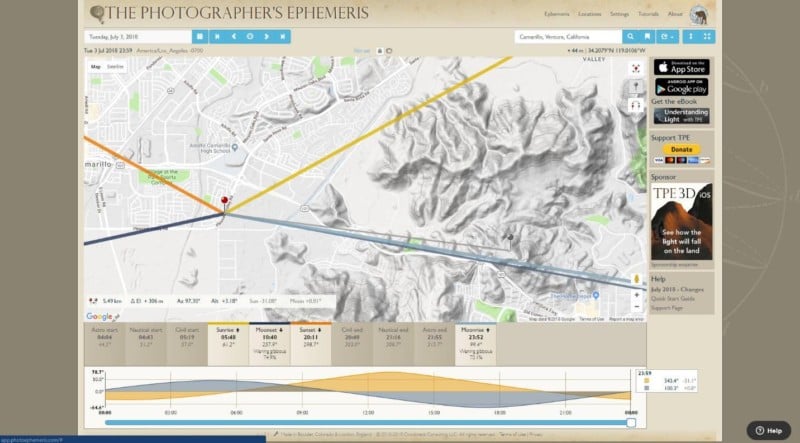 While I was out shooting, I knew that I would have to have different exposures for the light streaks on the highway and for the moon, but I still wanted a good amount of darkness surrounding everything. So, what I did was: I photographed several exposures of the highway before the moon had risen. I wanted to give the appearance of more cars driving on the highway than there really were since it was fairly late. Once the moon had risen above the peak, I changed my shutter speed to photograph only the moon. I have a video from a live stream while shooting if you would like to see how I had the camera set up.

After importing the photographs into Lightroom, I did no editing on them, but I brought them all straight into Photoshop as layers. From there, I put the photograph of the moon on the top of the layer stack, and changed the blending modes of all the layers (except the bottom layer) to “lighten”. From there, I saved the file and finished all the fine-tuning of the editing in Lightroom. 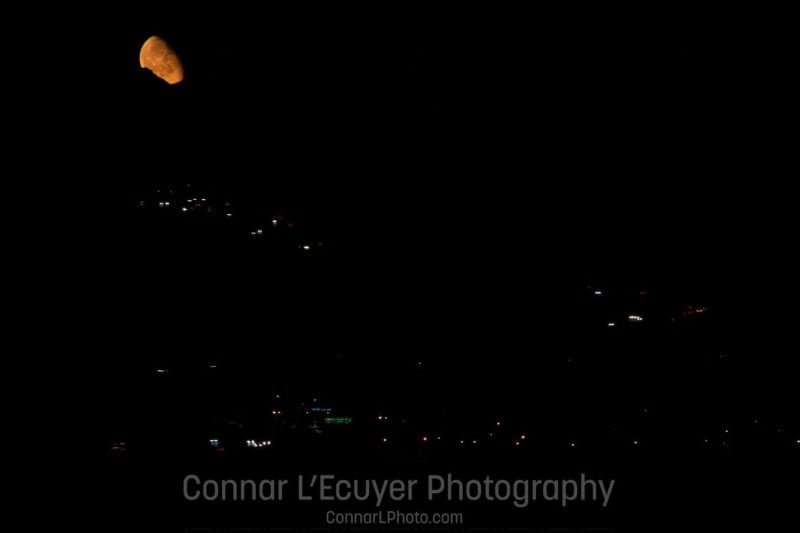 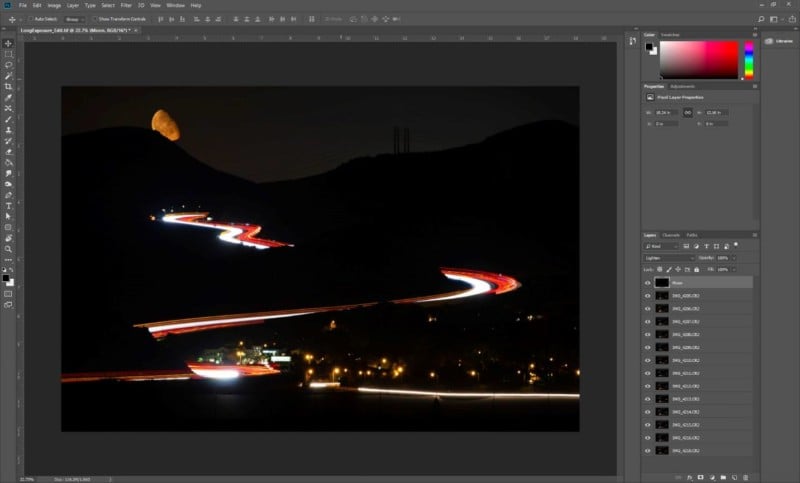 I think this came out as a pretty awesome image while being easy photograph and edit. With landscape photography, simplicity is key — don’t overcomplicate the image, and think of how it will look printed.

About the author: Connar L’Ecuyer is a fine artist who specializes in photographing landscapes of Southern California and working with Veterans and First Responders to showcase and battle stigmas surrounding PTSD. If you would like to see more, you can check out his website, Facebook, and Instagram.