This past weekend, the day before the supermoon lunar eclipse, photographer Mark Gee decided to take advantage of the extra large moon his own way. Gee recruited a bunch of local photographers from Wellington, New Zealand, and had them photograph the moon from a hill while Gee filmed the moonrise in the background.

What resulted was the 2-minute short film above, titled “Photographers Moonrise,” which shows photographers being dwarfed by an enormous supermoon rising into the sky. 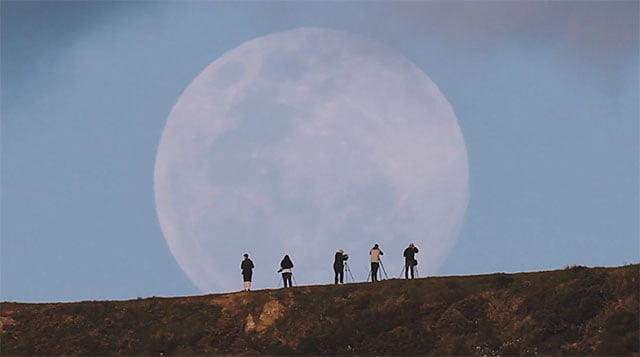 “After a few nervous moments leading up to the moonrise, everything fell into place, and all went perfectly to plan,” Gee writes.

Back in 2013, Gee gained Internet-wide attention for a similar video titled “Full Moon Silhouettes.” If you’re interested in learning how to shoot this type of shot yourself, check out this walkthrough article Gee wrote.