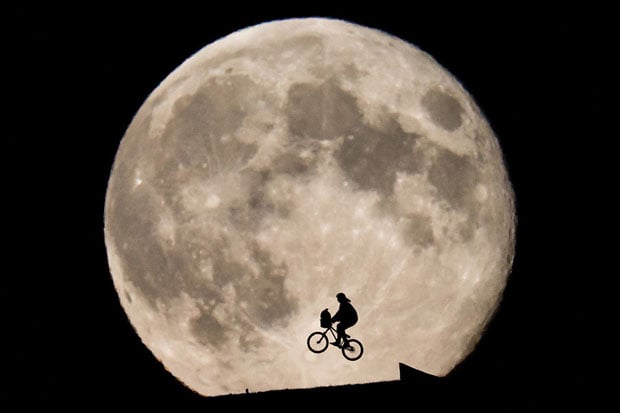 Earlier this year, Swiss photographer Philipp Schmidli attracted a good deal of attention for a series of photos showing the silhouette of a biker in front of a gigantic moonrise.

The photographer received many comments about how the photos resembled the cover of the movie ET. Although that was never Schmidli’s intention, he decided to follow up the original series with an actual ET-inspired shoot!

Just for reference, here’s the iconic movie poster showing the boy riding in front of a full moon: 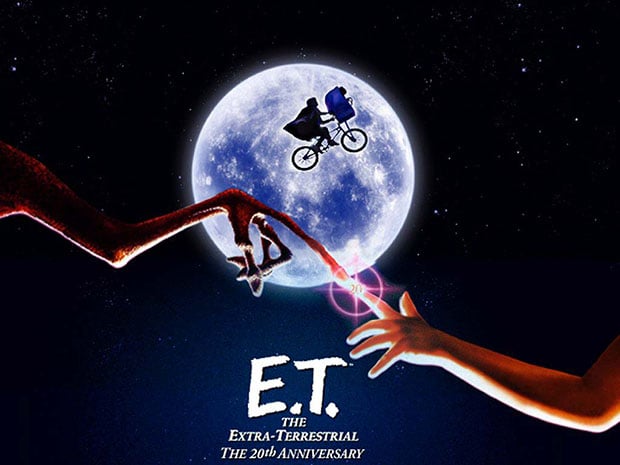 The shoot occurred four full moons after the previous project, and the location was exactly the same as last time. Schmidli installed a ramp on the hill, and recruited three bikers — Roger Grütter, Matthias von Rotz and Pascal Röthlin — to pose as “Elliot” (the boy from ET). 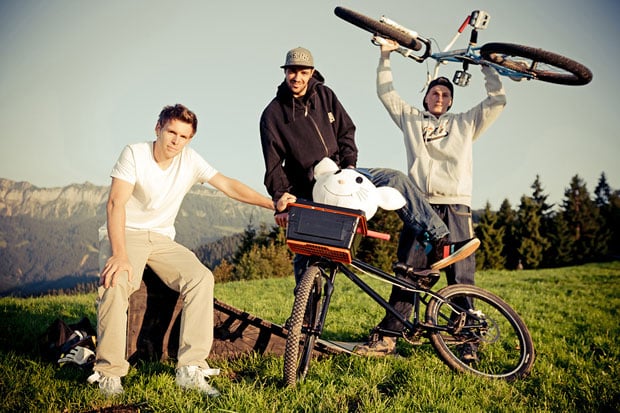 To make the photograph even more realistic, they installed a basket on the front of Matthias’ bike with a plush figure that’s meant to serve as ET. 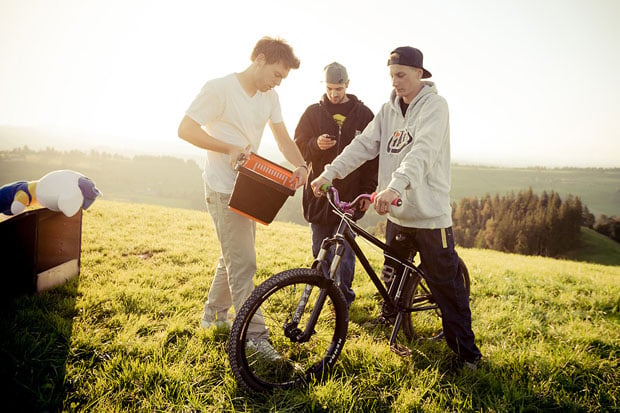 Like last time, Schmidli used a Canon 1D X DSLR and a 2x teleconverter. In terms of focal length, Schmidli decided to step things up a bit and use an 800mm f/5.6L IS instead of the 600mm f/4L IS II he used last time. Thus, the total effective focal length for this shoot was a whopping 1600mm. 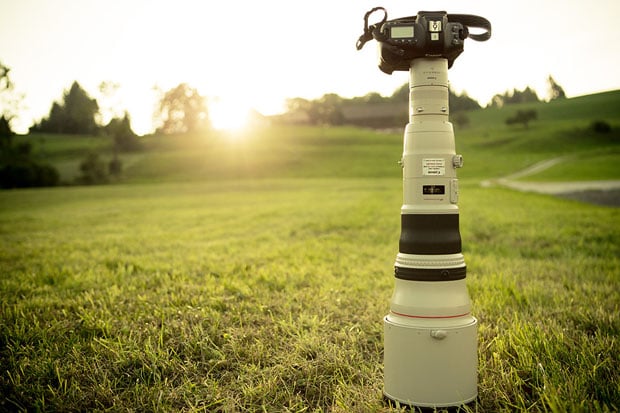 After some test jumps and shots before the actual moonrise, Schmidli communicated with the bikers and was able to capture the bikers jumping three to four times — that’s all the time he had before the moon had risen too high above the horizon.

Here’s a segment about the photo by SRF, the largest TV station in Switzerland (not in English):

The resulting photographs are amazing: 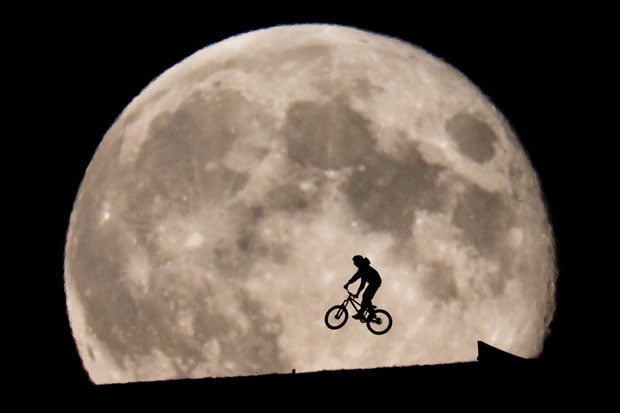 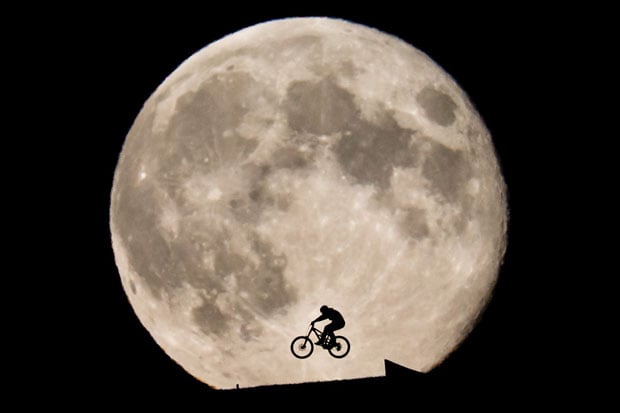 …and the winning image (you can find a higher-resolution version here):

Image credits: Photographs by Philipp Schmidli and used with permission

Tour Some of the World’s Most Famous Zoos, Now on Google Street View