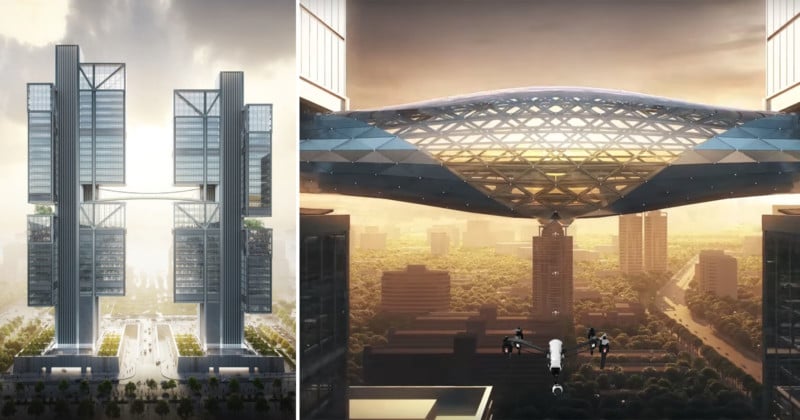 The Chinese drone juggernaut DJI has outgrown its current headquarters and is now building a giant new complex for its future. The twin towers will also be located in Shenzhen, Guangdong, and will feature giant quadruple-height indoor drone flight testing spaces as well as a sky bridge that will be used for showing off new drones and technologies. 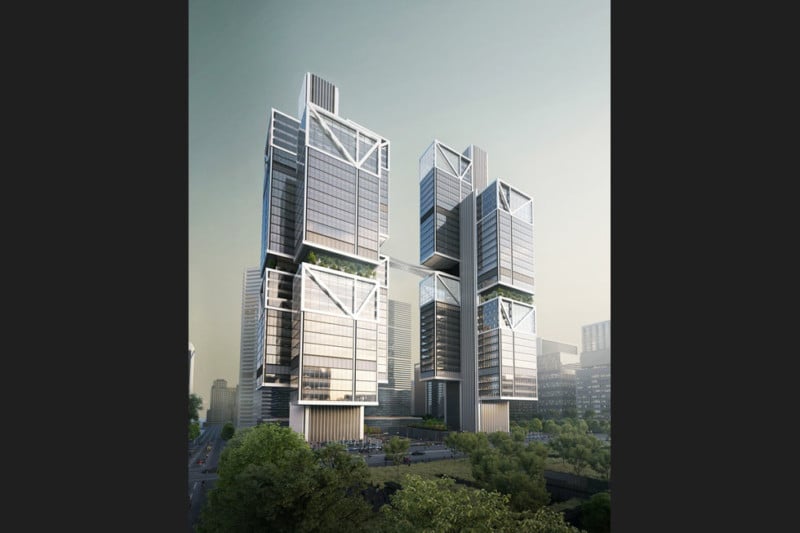 “As the ‘heart of innovation’ for the company, the new building defies the traditional idea of office space to form a creative community in the sky,” the architectural firm writes. “The floors are arranged in floating volumes cantilevered from central cores by large steel megatrusses – creating large, column-free spaces throughout, with unique quadruple-height drone flight testing labs.” 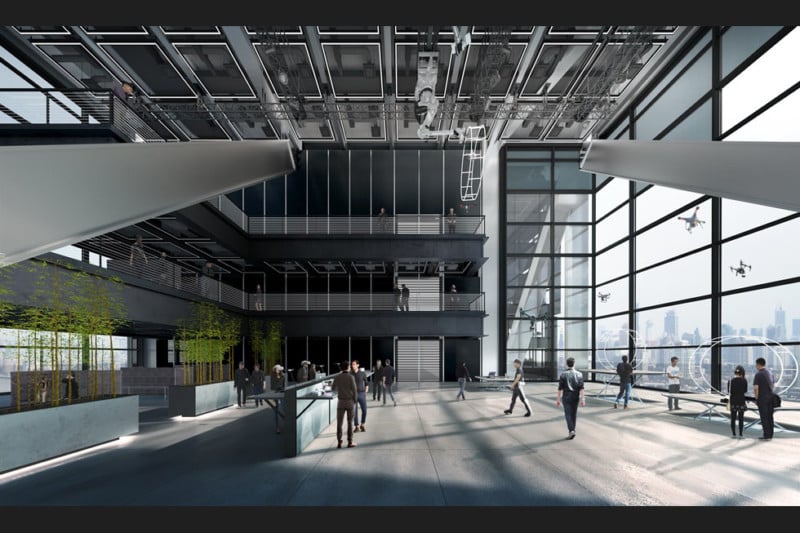 The ground floor of the HQ will have a public exhibition area, a theater for new product announcements, state of the art gymnasiums for staff, and robot fighting rings.

Spanning between the two towers is a beautiful glassy sky bridge, which will apparently have an opening in the bottom for drones to be launched through. Sky gardens on the tops of the floating volumes will also be areas from which drones will be launched. 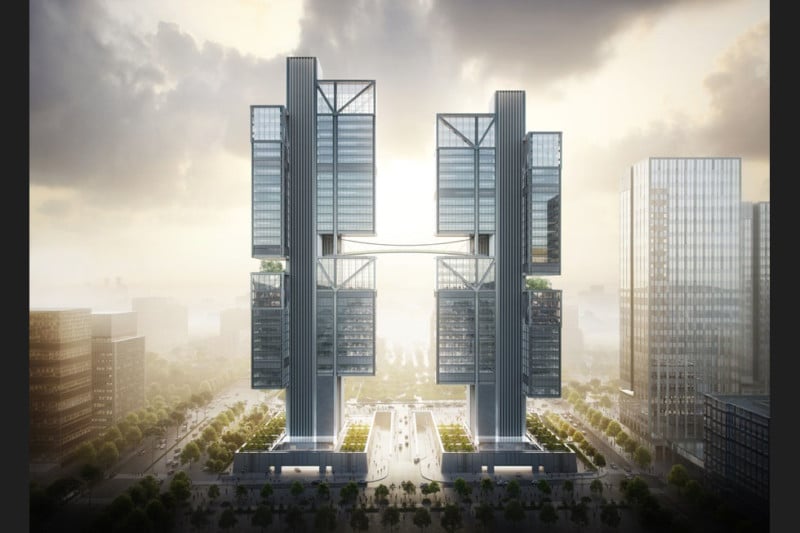 Here’s a 2.5-minute video shared by Architects Journal that provides a virtual tour of some of the new HQ’s spaces, including a peek at the sky bridge.

Construction of the headquarters has already begun, but no word yet on when the completion and grand opening will be.