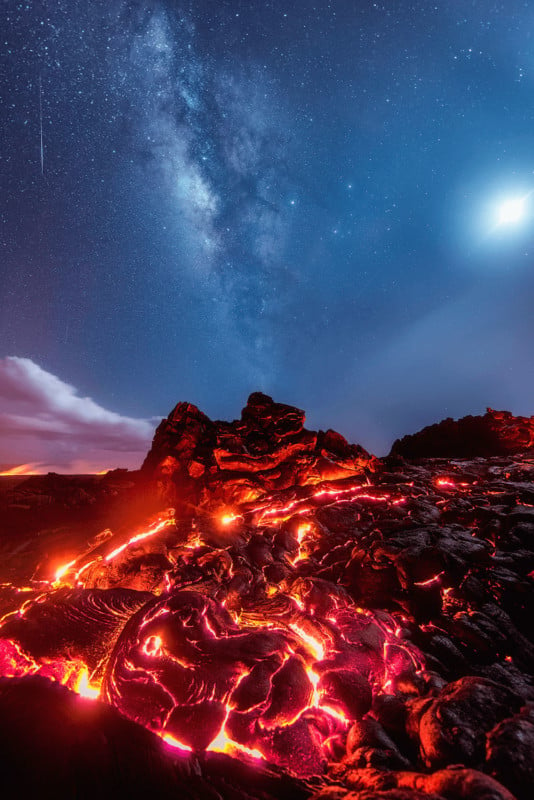 Yes, it’s possible. I did indeed capture what you see above in one shot. Although some of the Internet seem to disagree, it’s true. What you see above is the Milky Way, the moon, Mars, Saturn, an iridium flare, and lava from the Kilauea Volcano of Hawaii.

I took this image during my visit to the Big Island of Hawaii in September of 2016 to document the 61G lava flow. I never imagined I’d walk away with such a scene, but the camera gods were watching over me that day. So, before this image gets torn apart by those who think it’s not real, I’d like to present the RAW image to you below. 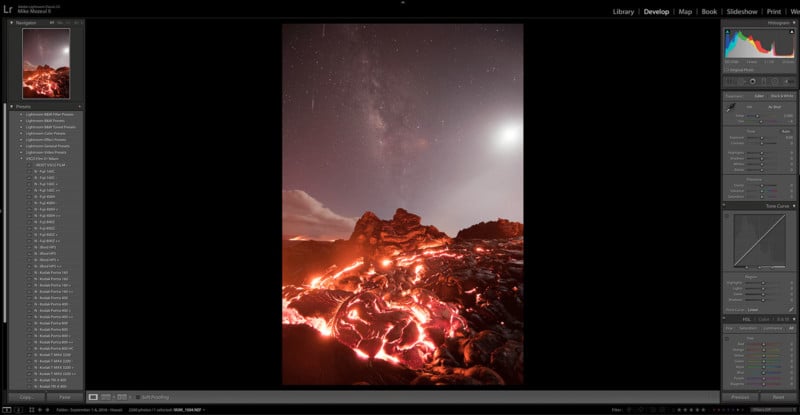 I’ve had people tell me, “You are lying, the lava would be overexposed. There’s no way to get the Milky Way and moon in the same shot. You had to blend two images to create this shot.” With that said, I’d like to explain the conditions in which this shot was created.

First off, let’s start with the night sky. The Milky Way and the moon were relatively close to one another that evening, but due to the moon being a crescent, there wasn’t much light coming from the moon. This allowed the 25-second long exposure to absorb enough starlight from the Milky Way without completely overexposing the frame and having the moon wash the scene out. Any bigger of a moon that night may have presented that problem. Also, the proximity of the moon to the celestial center of the Milky Way gave just enough space for the moonlight (although weak) to not interfere with the details of the Milky Way.

Let’s move on to the balance of light between the lava and night sky. I’d like to begin with, no, neither my camera gear nor I melted that night (hah). The lava in this image was indeed fresh, but not completely all surface bound. Much of what you see in this image is lava that is cooling and has a crust that has formed over it. This crust greatly reduced the amount of glow from the lava and allowed only small cracks to show the beautiful red lava shining through. This condition allowed for a long exposure / high ISO image to be created without overexposing the shot.

I did run into one issue while I was shooting this composition though. Just off to the left of the frame was quite a bit of lava on the surface, so that bright glow created a flare coming into my lens. I tried to use my hand at first to create a lens hood effect, but the spill of light was too great. I eventually had to stand a few feet off to the left of the camera and use my body as a flag to cut off most of the light. As you can see in the RAW file, there was still a small flare which had to be removed in post. 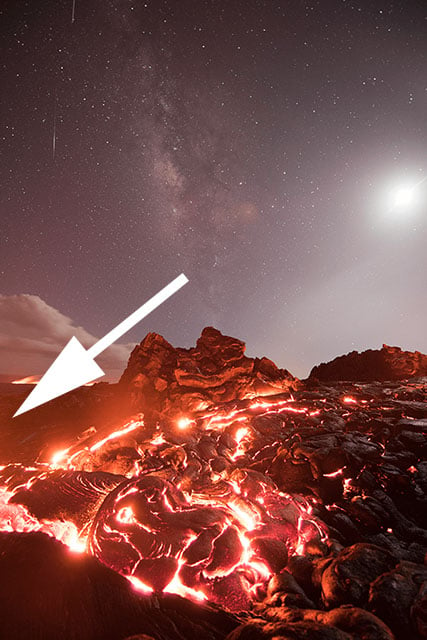 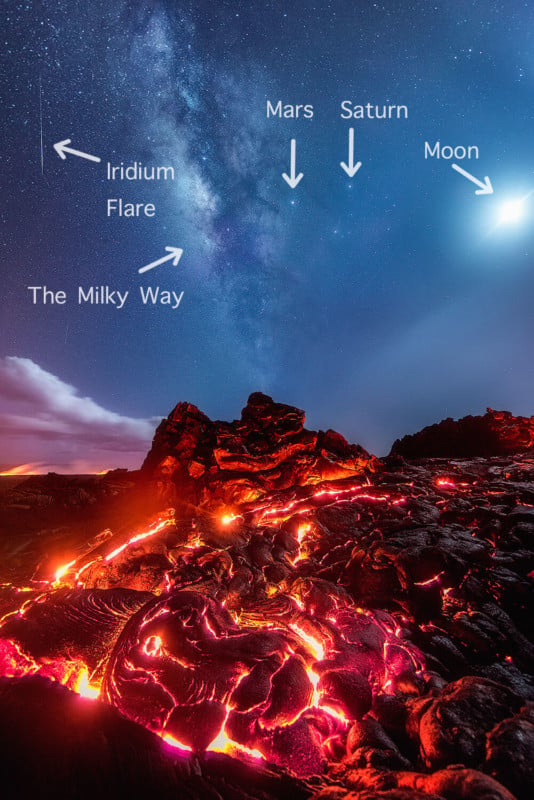 As far as post processing for this image, I did some white balance corrections, a bit of contrast adjustments via dodging and burning, a small crop, a bit of noise reduction, and the removal of hot pixels. That’s all.

I hope this helps clarify how this image was created and creates a better understanding of how light can be balanced in an image.

About the author: Mike Mezeul II is an award winning, professional photographer currently based out of Allen, Texas. His portfolio consists of professional sports, advertising, wedding and concert photography, but he’s also well known for his landscape and seascape photography. You can find more of his work on his website, Instagram, Twitter, and Facebook. This article was also published here.

If Photographers Were 100% Honest with Clients…