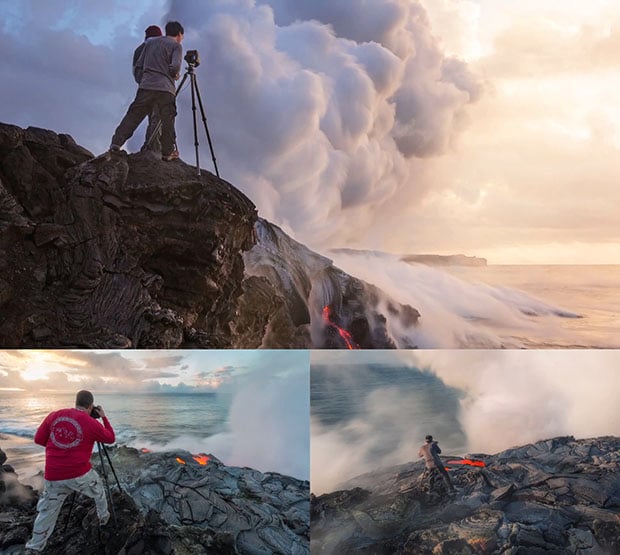 Soon, his hobby began to include photographing volcanos and lava flows from up close.

For one photograph, Morgan decided to take a self-portrait showing himself standing just feet away from the crater of Kilaeua volcano in Hawaii–without any protective gear. He set his camera’s self-timer and then got as close as he could to the “unbelievably hot” lava. This is the photo that resulted: 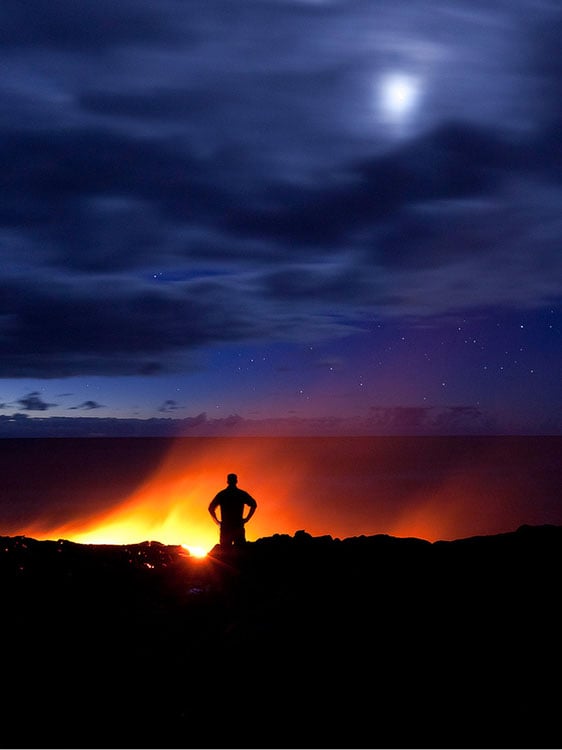 It’s dangerous passion, Morgan says. In many places near lava flows at the edge of the ocean, the ground beneath one’s feet is extremely unstable and prone to erosion. Sometimes entire chunks fall into the ocean, posing a danger to anyone standing in the area. In addition to the risk of falling into lava or boiling-hot water, there are toxic gases that swirl around.

So far, though, Morgan has been able to avoid any serious injuries–the worst that has happened to him is having some of his gear (e.g. shoes and a tripod) melt at the bottom.

Here are some of the amazing lava photographs Morgan has captured so far: 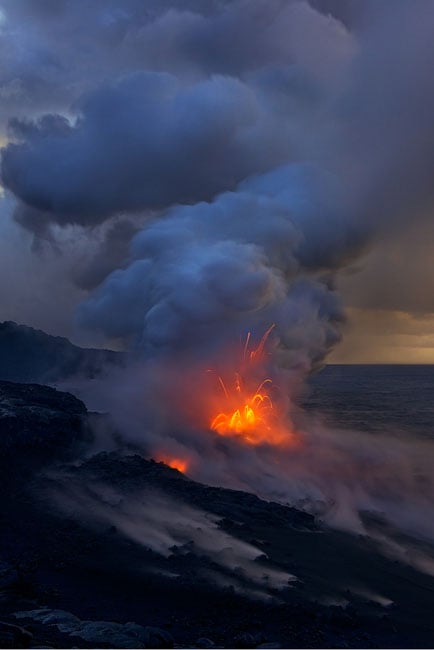 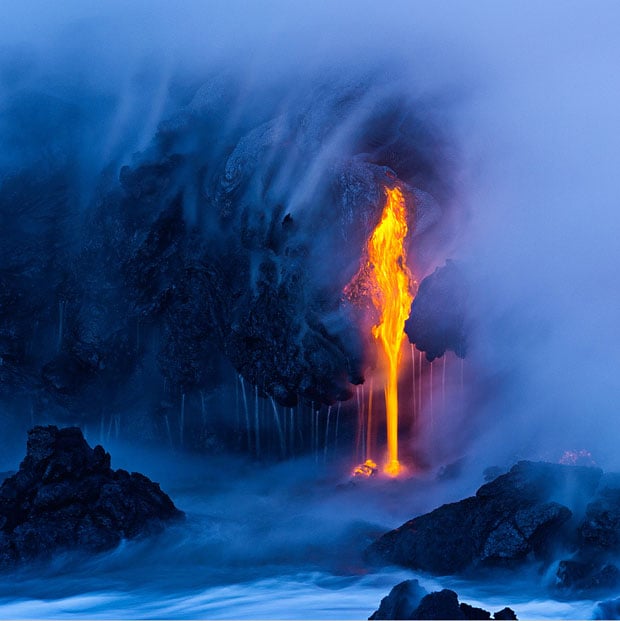 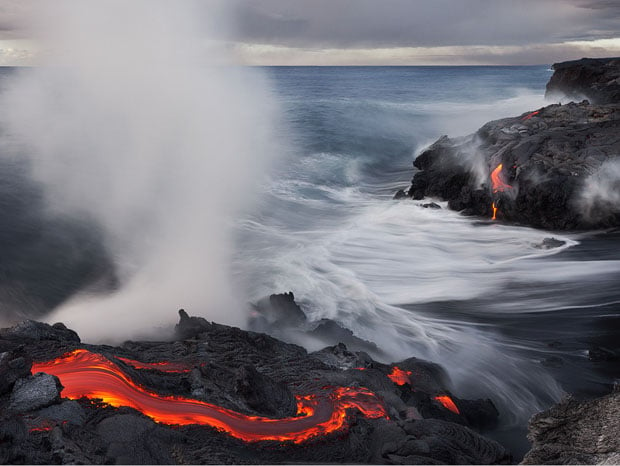 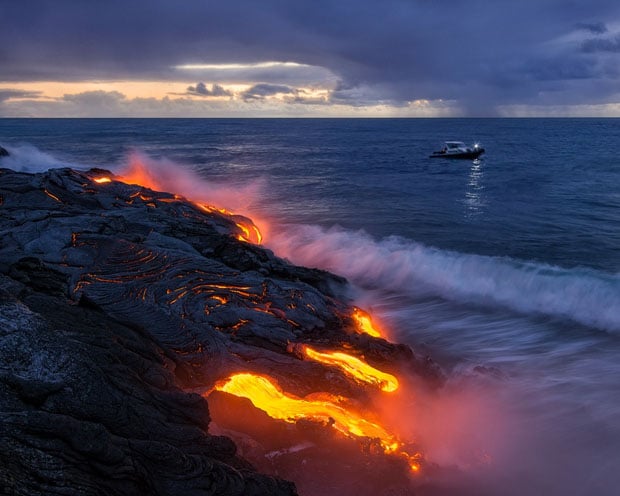 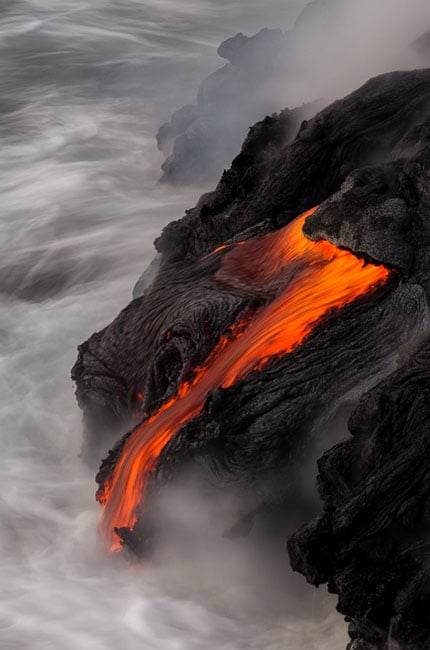 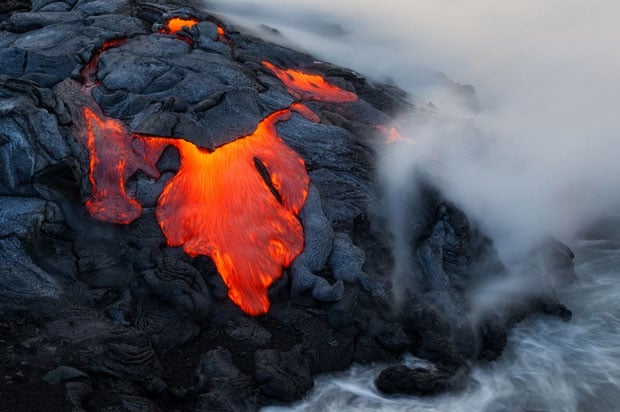 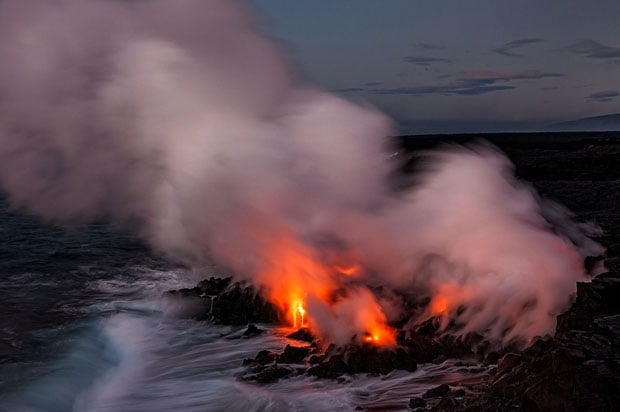 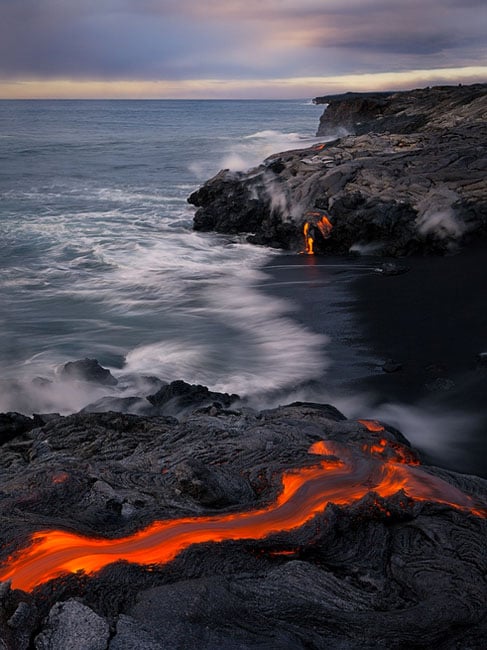 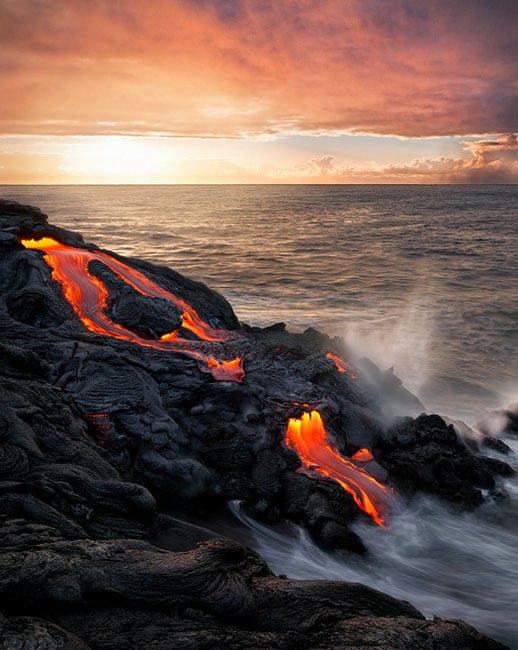 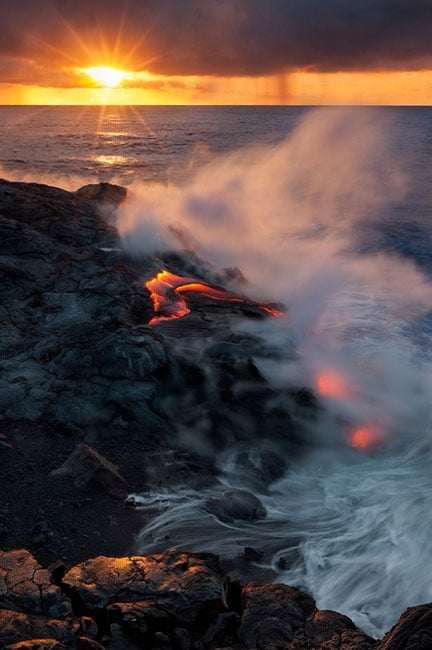 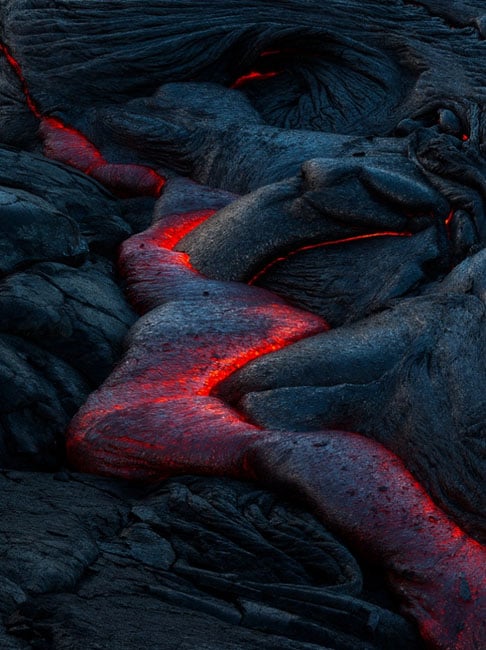 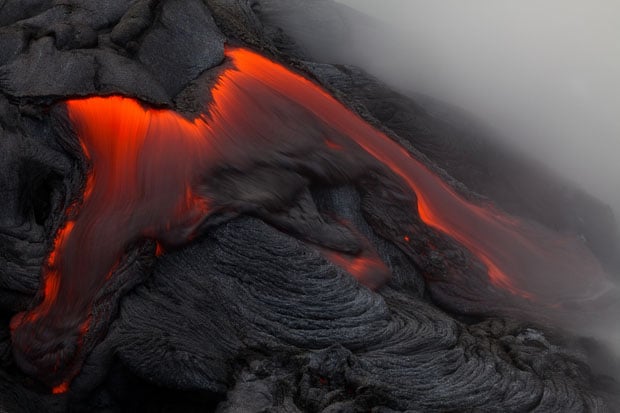 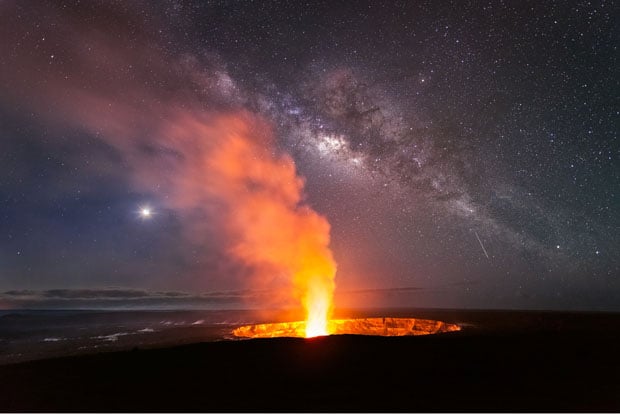 Here’s a great video interview in which Miles talks about his photography:

Update: If you didn’t believe that you can have your shoes melt while shooting on a volcano, check out this photo that shows a photographer’s shoes and tripod catching on fire!

Image credits: Photographs by Miles Morgan and used with permission

Forensics Firm Discovers that Snapchat Photos Don’t Disappear After All

To ‘Shop or Not? The Hard Part of Being a Good Photographer