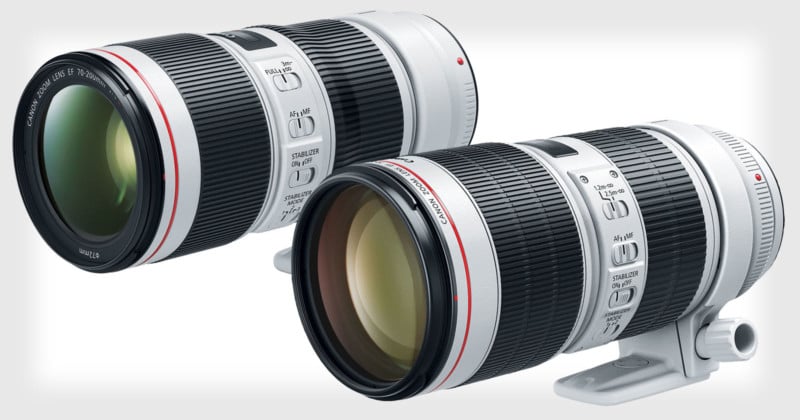 Canon has just announced two next-generation 70-200mm lenses in its EF stable: the 70-200mm f/2.8L IS III and 70-200mm f/4L IS II, geared toward professionals and advanced amateurs, respectively.

“The new lenses serve advanced amateur and professional photographers in a variety of applications and solutions including wildlife, landscapes, portrait and sports photography,” Canon says. “Canon EF 70-200mm focal-length lenses are a popular option for photographers in need of a long zoom range that maintains a relatively compact design.” 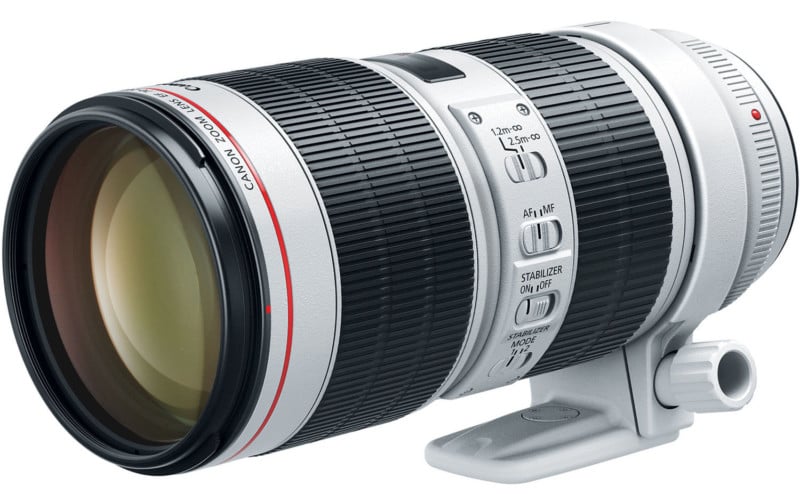 The new 70-200mm f/2.8L IS III is the latest iteration of the highest-end 70-200mm workhorse lens used by professional photographers. One of the big new features of the lens is the addition of Air Sphere Coating (ASC), which suppresses light reflections, flaring, and ghosting.

There’s also fluorine coating on the front and rear elements that combat smears and fingerprints.

[Update: Canon says the optical elements in the lens are unchanged from its predecessor. It seems that the optical image stabilization system is the same, and Canon is simply measuring it at 3.5 stops versus the 4 stops it claimed for the mark II version.]

Other features of the lens are exactly the same as its predecessor: it has an inner focusing system with Ring Ultrasonic Motor, a minimum focusing distance of 3.9ft (1.2m), 23 lens elements in 19 groups, and an 8-blade circular aperture.

Here are some official sample photos captured with the new Canon EF 70-200mm f/2.8L IS III: Optical image stabilization has been improved to five shutter speed stops of correction, up from four in the previous version.

There are also now three IS modes, up from two in the predecessor. They’re designed for shooting still subjects, panning, and fast moving objects.

Finally, the IS system is now much quieter, making the lens more suitable for shooting in quiet environments such as in concert halls and theaters.

Other features and specs of the 70-200mm f/4L IS II include a minimum focusing distance of 3.3ft/1m (down from 3.9ft/1.2m), Super Spectra Coating for minimizing ghosting and flaring, a 9-blade circular aperture (up from 8 blades), 20 lens elements in 15 groups (unchanged), fluorine coating on the front and back, and an inner focusing system with Ring Ultrasonic Motor.

Here are some official sample photos captured with the Canon EF 70-200mm f/4L IS II:

Here’s a 5.5-minute video by Canon that explains the improvements found in the two new 70-200mm lenses over their predecessors: