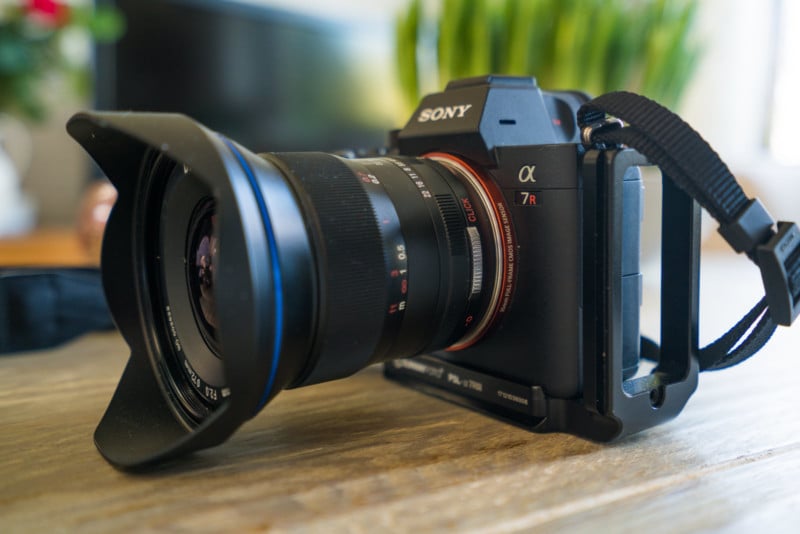 Most of you have heard about the name Laowa by now. They were a rather unknown brand until recently, but the Laowa 12mm f/2.8 wide angle lens was well-received.

Laowa (Venus Optics) is a Chinese brand known for their innovative lenses. Laowa is showing support for the Sony E-mount with releasing their 15mm f/2 that was specifically designed for the E-mount making it smaller and lighter than the lenses for DSLR mounts.

Two years ago, I already tested the prototype of the 15mm when I was with the Laowa guys at Photokina. I was impressed with the sharpness across the frame and was eager to try out the final version. Now that I have had this lens for a while, I feel confident about writing a decent review about it.

I used the Laowa 15mm f/2 on a Sony a7R III in my own country the Netherlands and took it to Dubai, Norway and Iceland. I have seen a bunch of reviews online but they were mainly technical without a lot of real-world examples. In this review, I discuss how this lens performs in “real world usage.” Most people who are reading my articles know that I am a landscape photographer.

You will notice that it is rather small for such a fast lens. This is mainly because of the specific design for the Sony E-mount and the shorter distance of the mirrorless cameras. Not only that, the lens also does not have any autofocus or electronic connections. It’s a solid piece of metal, no plastic. The lens is well built.

It’s not very light because of it but it’s not too heavy. With its small size the lens still weighs 500 grams. The nicest thing about looking at the first time is the size and … how pretty it looks! It looks very nice on the Sony A7 and it almost does not get it when shooting the old movie cameras. It just looks and feels good.

When we continuously inspecting the lens we see a few interesting details. A nice little detail is the entrance pupil marker marked on the lens. This is handy for taking panoramas with a panorama rail.

Next is the ‘Click’ switch at the side of the lens. The guys at Laowa obviously had video in mind when designing this lens. The focus ring is very smooth and gives nice resistance. It is not the case when using this lens in the field. Again, nice for video.

A full manual lens should have focus distance (in both feet and meters) and aperture. This lens has no electronic connections so you cannot use the EXIF ​​data. 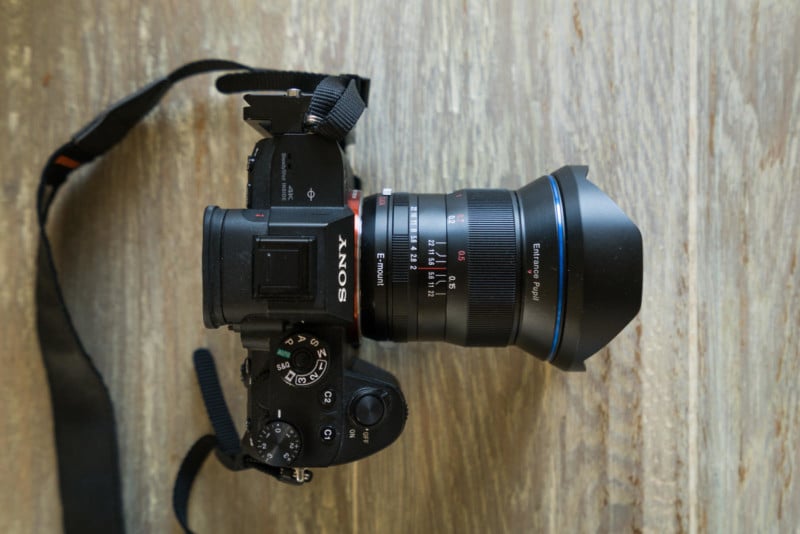 The diameter of the lens is 72mm and the lens hood can be detached. This is very useful as attach filters with ease. Laowa was already known for their ‘filter-friendly’ lenses when they released their 12mm f/2.8 that had the possibility to mount 100mm filters as well. They continued that trend with this fast 100% filters with ease.

The nice thing here is that the diameter is 72mm, which is the same as the Sony Zeiss 16-35 f/4. So if you’re using the 16-35 f/4 with filters you can attach them to the lens without any modifications or rings. A small thing that could be improved here is the attachment of the lens hood. It often does not ‘click’ well when attaching it. 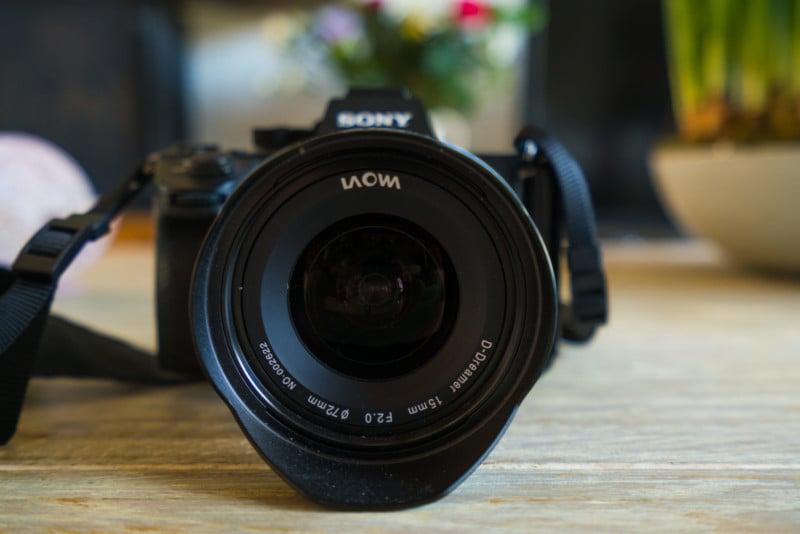 So visually and on paper this lens’ first impressions are great. How does it perform in the field? This is obviously most important. We already have 100mm filter systems (72cm Diameter thread) so that’s a plus. When using this lens in the field the first thing I noticed that the focus is very precise.

I have no problems with using manual focus in landscape photography. In fact, I prefer it because I do not trust autofocus 100%. Manual focus gives me the greatest amount of control. The focusing of the Laowa 15mm is very precise, especially with wide open apertures. The improves focus peaking of the new Sony bodies works great with it.

Focusing in the dark with this lens is easy as well. Just pick a random light source and use it to focus on. Make sure you focus magnify though, because again: the focus is VERY precise. I used it in the dark I missed it a few times because it was so precise. But once you get the hang of it, it’s sharp wide open.

This lens is quite sharp when using it a bit stopped down around f/4 to f/14. All center, corner, and edge sharpness is very decent although it is not possible with the higher priced Zeiss primes. The lens performs well on the highest resolution Sony cameras from this moment (the a7R II and a7R III) but I’m not sure if it would be well on future 100mp sensors. However, this lens is very competitive I did not expect insane sharpness. 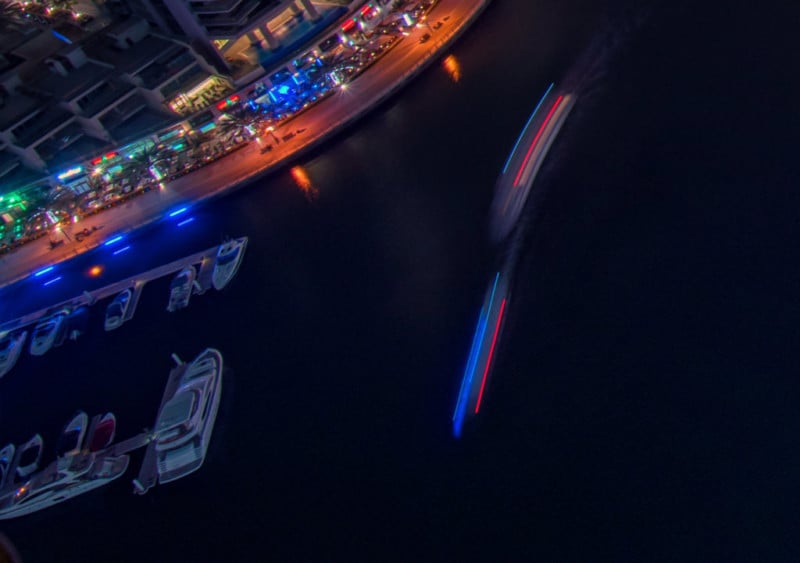 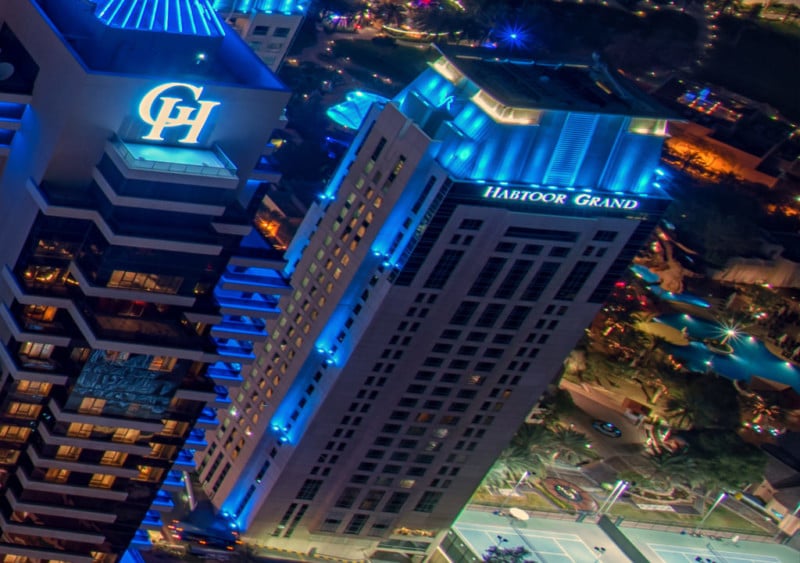 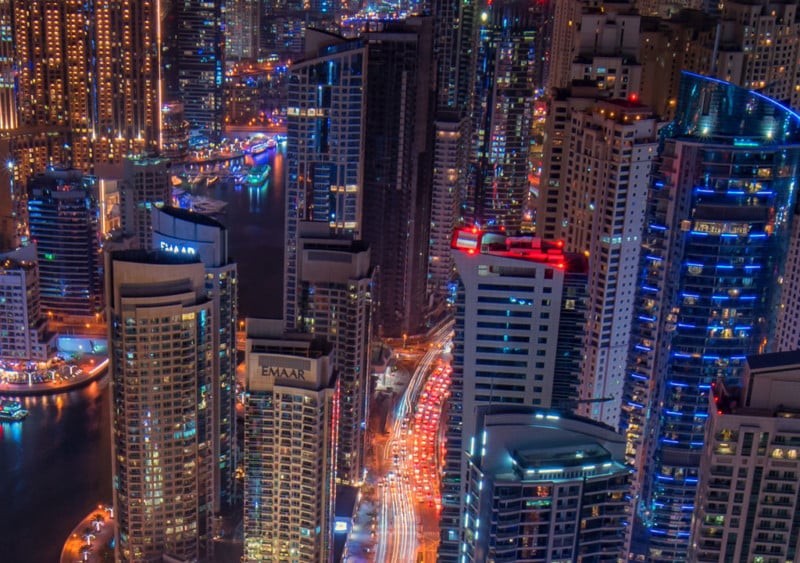 These results are very decent overall. No extra sharpness was applied in post. Here’s a handheld shot at ISO 2500 at 1/8 second. The in-body image stabilization of the a7R III worked great here. Shot wide open at f/2.

This lens performs quite well in sharpness but it has a very smooth dreamy bokeh. Maybe that’s why they call it “The Dreamer”. The minimum focus distance is only 15cm so you can get very close to your subjects. Doing this gets you surprising results. It’s almost like shooting macro. The bokeh looks extremely nice. Some examples: 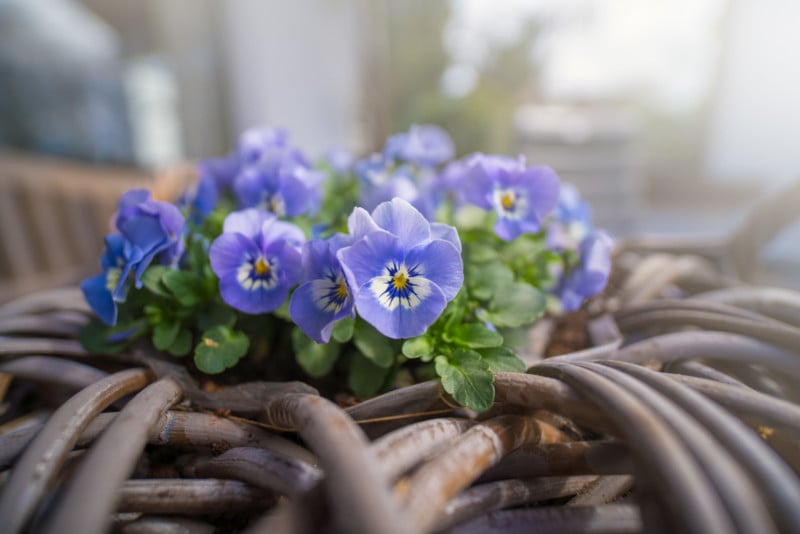 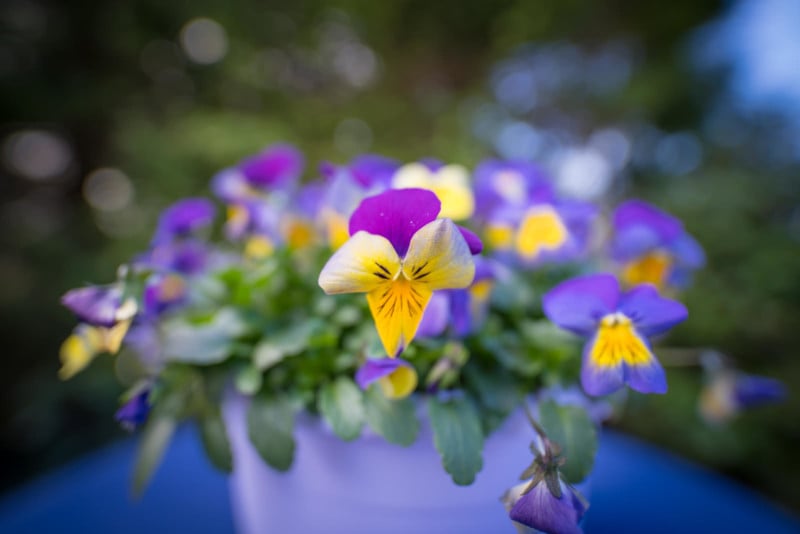 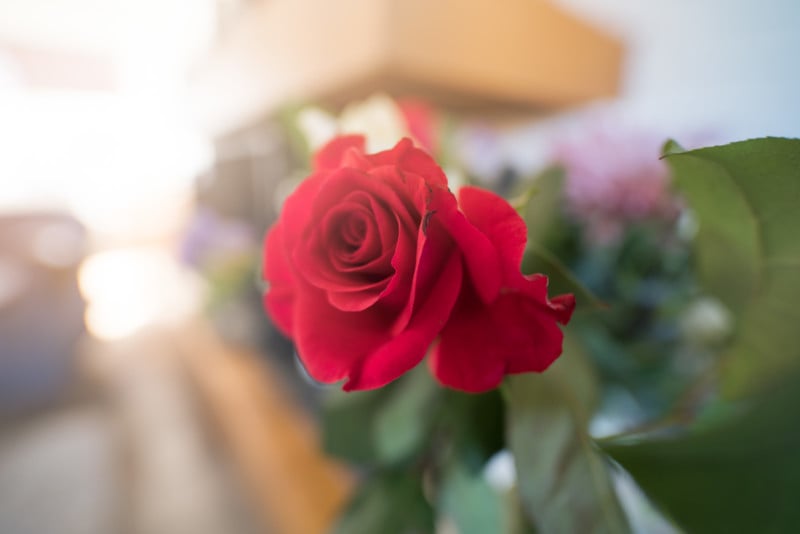 These were all tasks with the minimum focus distance of 15cm, shot wide open at f/2 from the Sony a7R III.

Now this is probably the most important aspect for many people who are interested in this lens: How well does it perform wide open at f/2. When focused properly (as mentioned in this review earlier, this needs some practice) this lens is sharp wide open. Center sharpness for such a lens is very good.

However, when we look at the stars, the performance is not that great. We can see quite some aberrations and coma in the corners. You’ll notice this when zooming in for a 100% crop, but on ‘social media size’ no one will see it. Here’s an example: 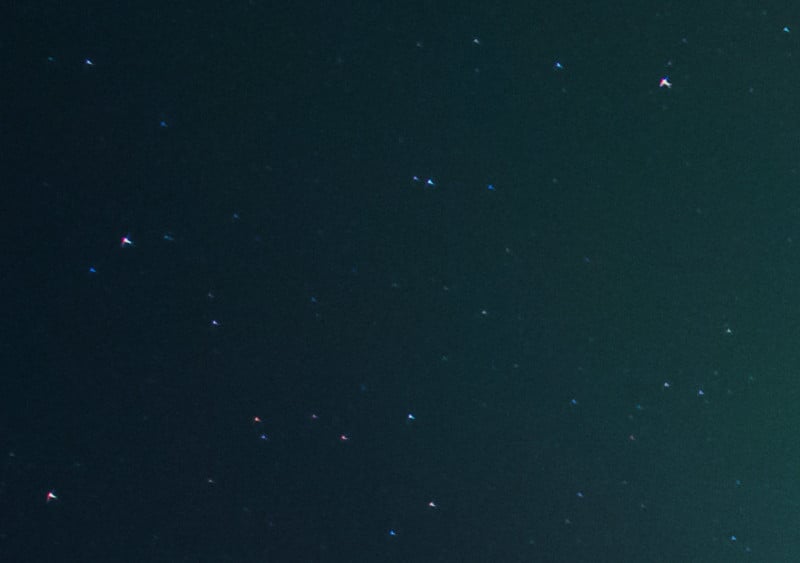 I still did most of my night shots with this lens wide open. I didn’t care too much about the aberrations in the corners. The shots looked very nice overall. Especially when shooting night panoramas, the edges and corners do not matter too much. Here’s a panorama or about 16 shots:

This lens is very good for panoramas because it is easy to stitch.

A cool (personal preference) thing about this lens is that it creates very nice stars even at fast apertures. Here’s an example of a photo of Dubai shot at f/4 where a light was coming straight into the lens.

Here are a bunch of other example shots: 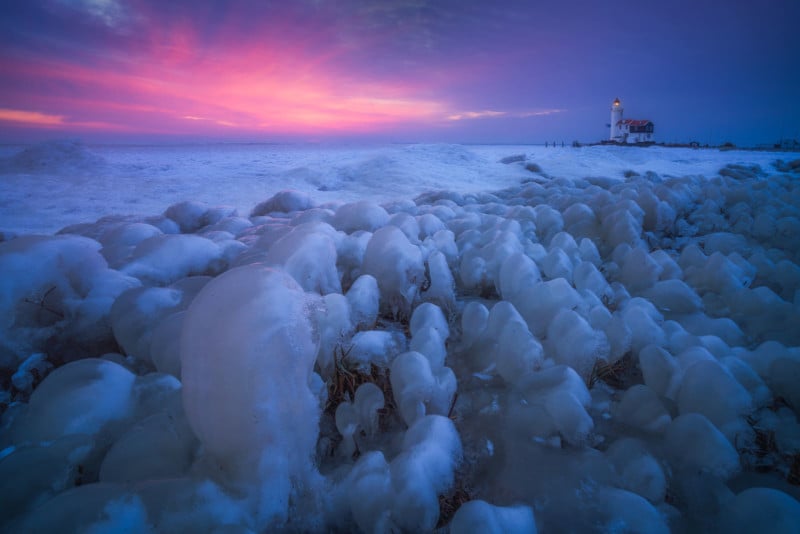 I have been enjoying using this lens. over the last few months. The combination of the small form factor and good performance in low light makes me usually bring this lens around.

Should You Buy This Lens?

This lens just does many things very well. The nicest thing about is that you can use filters with it. If you’re looking for a fast prime with decent sharpness for the Sony E-mount then this is a good buy. If you’re a videographer this lens is great. For star and milky way photography this lens is very decent. I currently carry this lens in my camera back because it is almost light. As a travel and landscape photographer, this is most important to me.

If we look at the lens’ competitors, we can compare this lens to the Samyang 14mm f/2.8 is designed for Sony E-mount (the new one). The Samyang does many things very well too. It’s the same weight. The sharpness of that lens is very nice too, AND it has autofocus. So if you value autofocus, the Samyang might be for you. The Samyang is a bit cheaper also.

However, the Samyang does not take filters and is also less sharp than the Laowa at very wide apertures (the Laowa goes to f/2, and the Samyang was a bit soft at f/2.8). Another lens that is currently interesting is the new Sigma 14mm Art f/1.8. From what I have heard this lens is very sharp even in the corners wide open. However, it’s more than twice as heavy and twice as expensive. It’s just a matter of preference and what you value when using a fast wide angle lens.

About the author: Albert Dros is an award-winning Dutch photographer. His work has been published by some of the world’s biggest media channels, including TIME, The Huffington Post, The Daily Mail, and National Geographic. You can find more of his work on his website, or by following him on Facebook and Instagram. This article was also published here.

I Use Cyberweapon Code to Create Virtual Landscape Photos