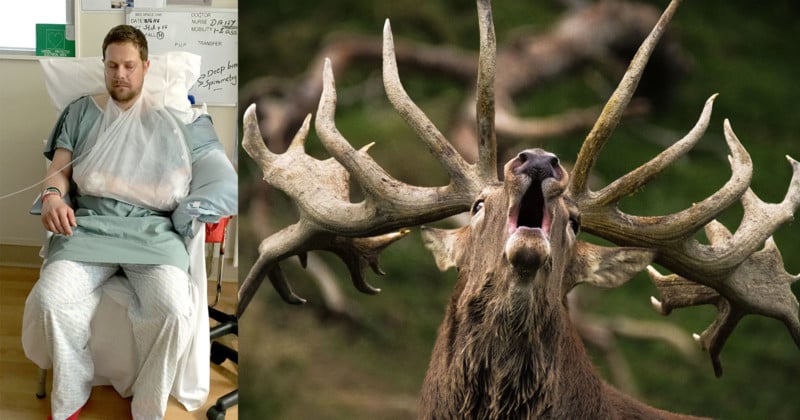 Kaleb White is an outdoor photographer who has had to overcome a difficult challenge that most people will never face. Two years ago, while shooting in New Zealand, White was run over and crushed by a 2.5-ton truck.

White had been spending a week in the great outdoors, shooting photos of wild stag and hunters pursuing them. One of his big goals that trip was to capture a photo of a stag roaring.

After getting dropped off by a guide to photograph one stag, White got low to the ground and attempted to approach it stealthily with his camouflage outfit.

He managed to capture several photos of the stag, including this one before it ran away: 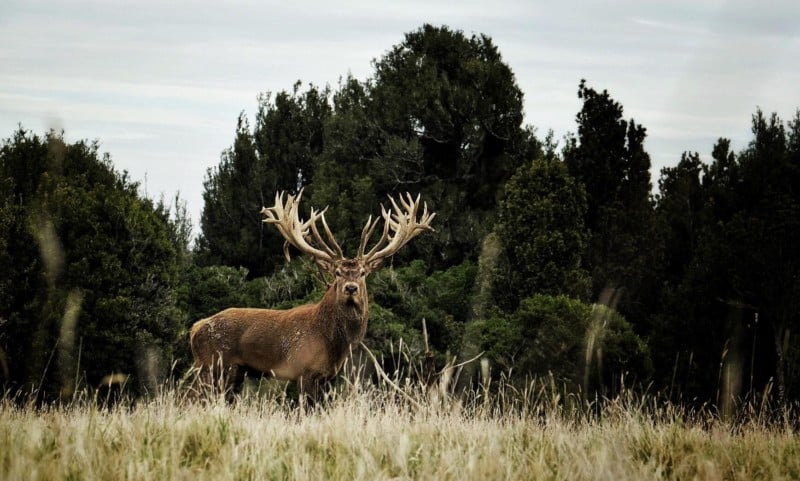 The guide then drove back to the spot to pick White up, but White’s camouflage worked a little too well — the guide didn’t see the photographer and ended up running right over him. Here’s his account of what happened next, as shared in an article for Modern Huntsman:

I should’ve bled out ten different ways within minutes. I remember the smallest details; the weight of the tire running over my legs, stomach, chest, and over my shoulder, inches from crushing my head, balling my body up like a ragdoll, and stopping on top of my body.

Instincts kicked in, and I attempted to yell for help, but my left lung was lacerated and collapsed and had started to fill with blood. The weight of the truck expelled the remaining air out of my lungs, and I kicked and punched the tires until I passed out from suffocation.

Just before I lost consciousness, I remember seeing the faces of my wife and our two boys…then nothing. I didn’t feel pain, didn’t know where I was, and didn’t know if I was alive or dead. Just blackness. I became calm, content, happy. Eventually I woke, gasping for air.

White was airlifted to the emergency room, where doctors found 10 broken ribs, 2 lacerated lungs, a fractured collarbone, and a herniated diaphragm. Thankfully, he escaped with his life. 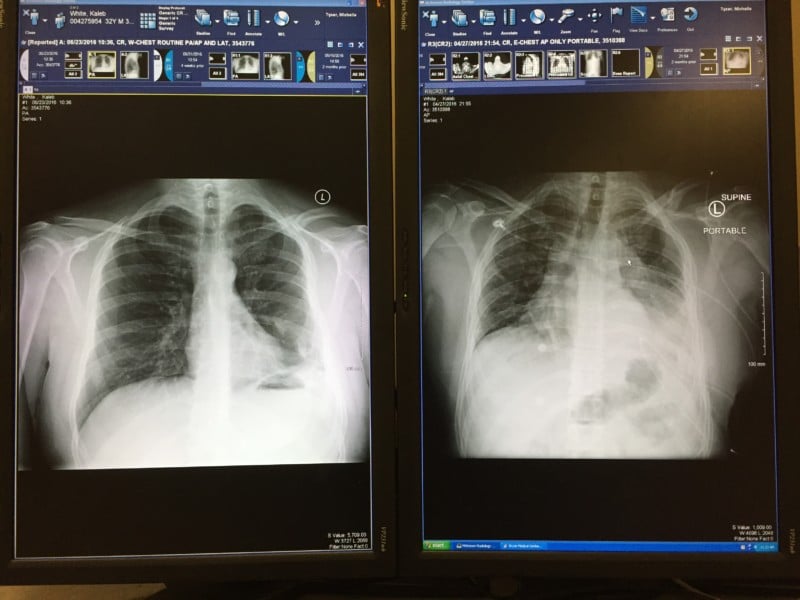 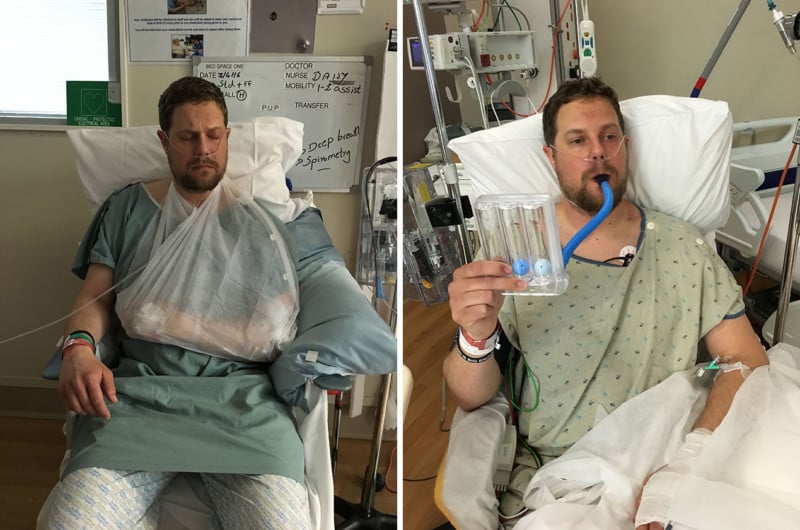 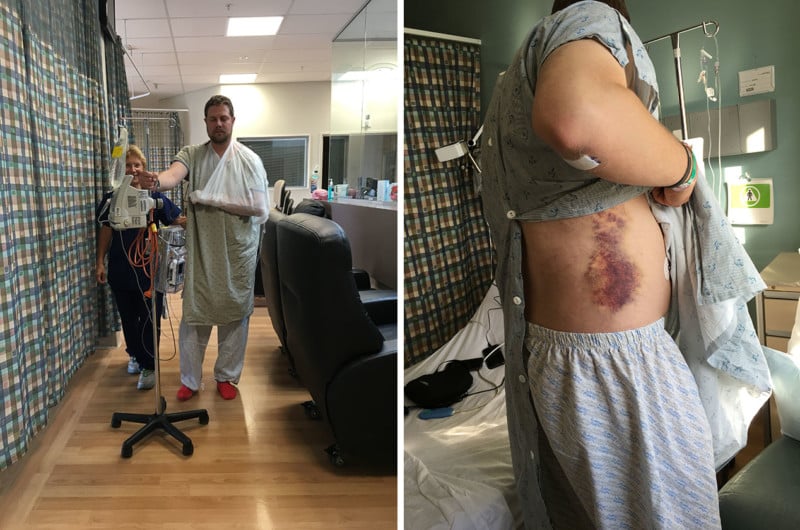 The road to recovery was difficult, but eventually Kaleb’s body had healed up enough for him to resume his passion for photography. Not only that, but White even returned to the same location in New Zealand to capture that elusive photo of a roaring stag.

“”I knew I still wanted to capture the image I was after,” Kaleb tells 1011 NOW. “I was still in pain… I was still on opioids trying to get through all of this.”

He did manage to capture beautiful photos of stags roaring, and this year he entered several of his images in the prestigious 2018 Sony World Photography Awards, where he has so far made it to the Professional Shortlist. 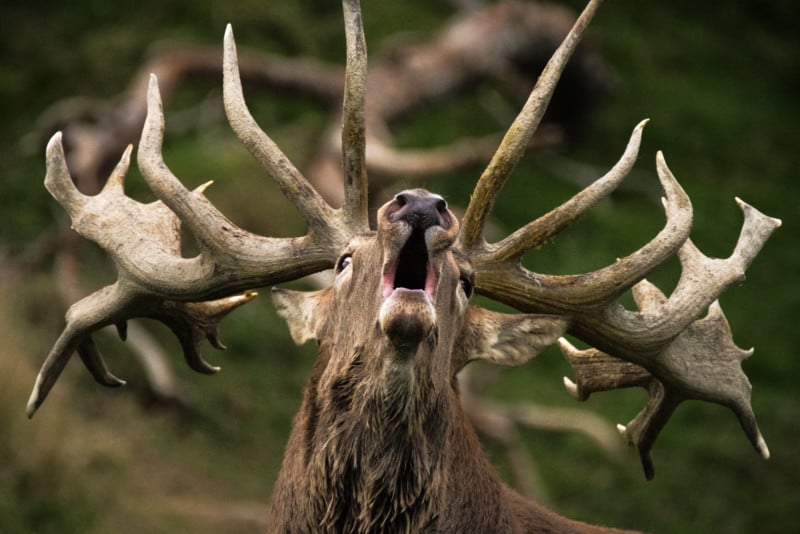 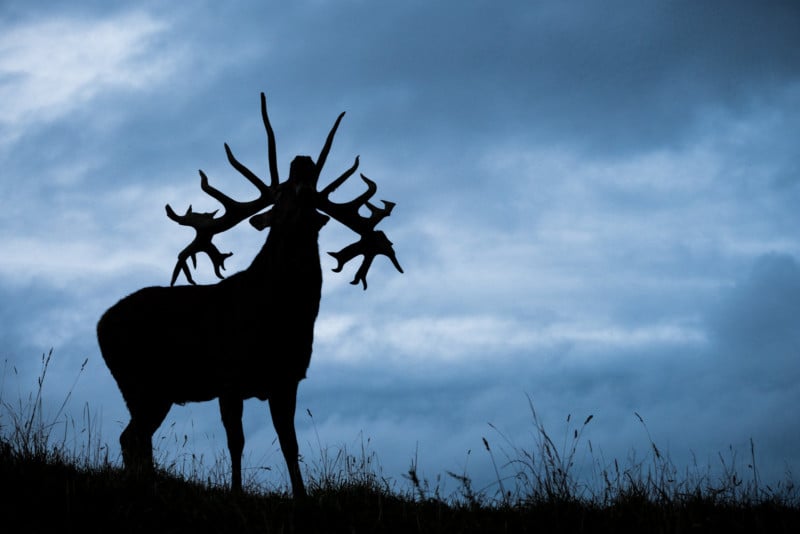 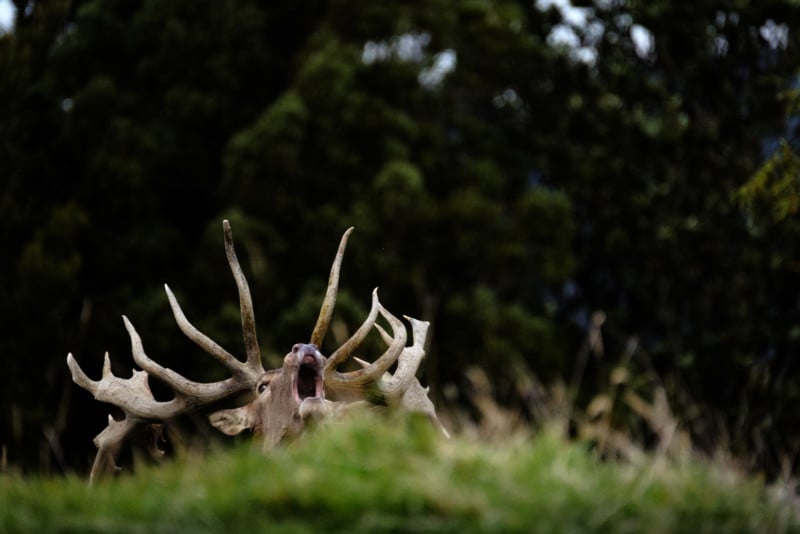 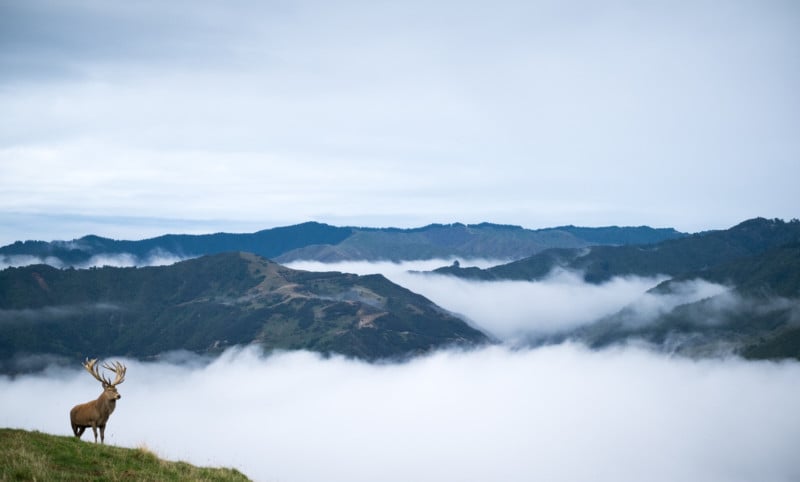 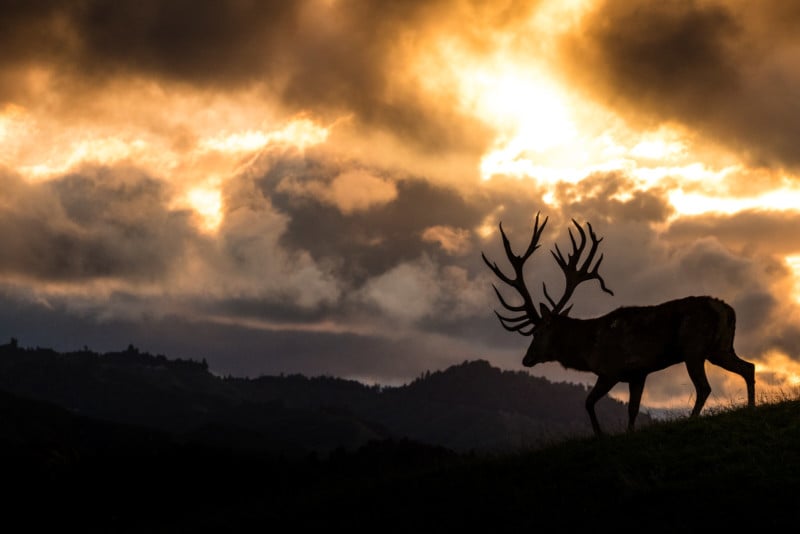 The series, titled “The Roar,” was chosen for the short list as 1 of 10 selections in the Wildlife category from over 320,000 photos entered from around the world. The winners of this year’s contest will be announced in April 2018.

This Robot is Made of Canon DSLR Gear