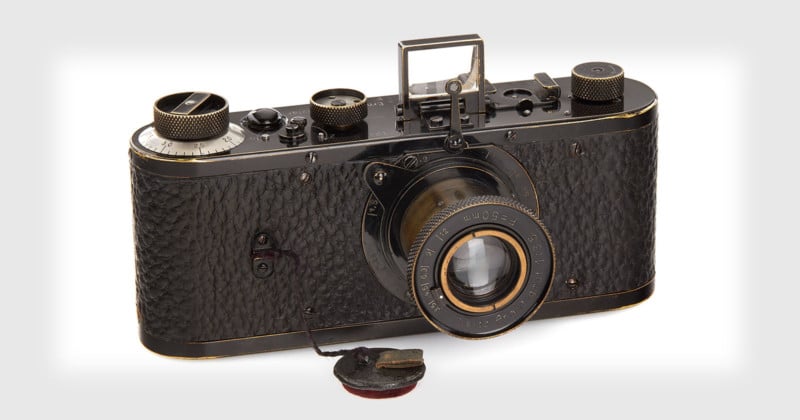 Here’s a video of the record-setting auction as it happened:

There are only 12 known surviving Leica 0 series prototype cameras in the world today of the original 25 that were produced by Ernst Leitz. And only three of the surviving cameras are still in pristine condition.

“It is the highest price ever paid for a camera at an auction,” Westlicht writes. “[T]he 10 most expensive cameras of all times were sold by WestLicht Auctions during the last several years.”

“The world record price of 2.4 million euros shows that the myth of the Leica brand continues to grow,” says Leica owner and chairman Andreas Kaufmann.

91% of the 530 lots ended up being sold at the 32nd WestLicht camera auction, and nearly 100% of those lots contained Leica items.