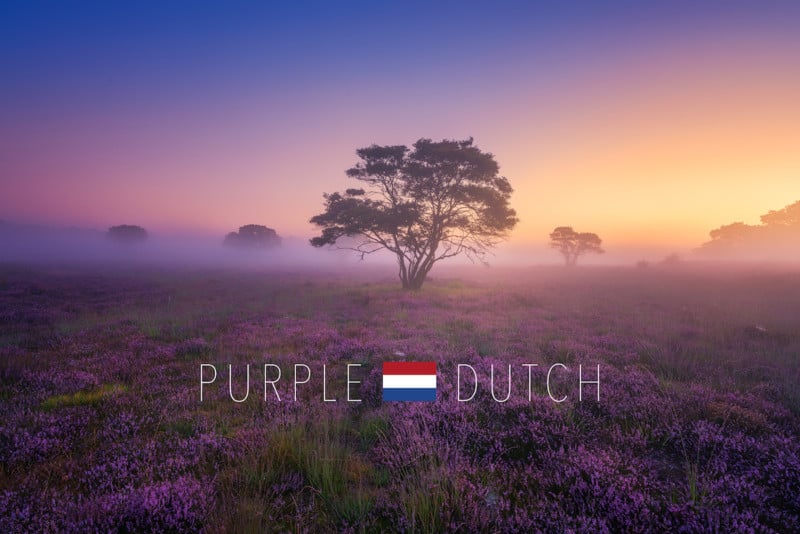 When photographers think of my country they think of windmills, Amsterdam, and tulips. These are generally the most photographed subjects in the Netherlands. What they don’t know is that my country turns purple in August.

It usually starts mid or early Augusts and lasts until the end of the month, and it turns a lot of areas completely purple. What am I talking about? The heather plants. Compare it to the France’s Lavender fields that start a couple of weeks earlier in July. The purple heather fields in the Netherlands are a dream for any landscape photographer. Combine them with mist and you’ve got yourself a dreamscape that looks like it popped straight out of a fairytale.

The misty mornings usually start in August also, when it gets cold at night and warm during the day. The temperature along with humidity makes for low fog that looks great combined with the purple heather.

In this 10-shot series, I hope to convince photographers that the flower season in April and May is not the only time worth visiting the Netherlands. There’s another chance in August to get some beautiful landscape shots.

All of these photos were taken during early mornings. It’s amazing to be walking around in these areas during the start of the day and enjoy the sound of almost nothing but wildlife. 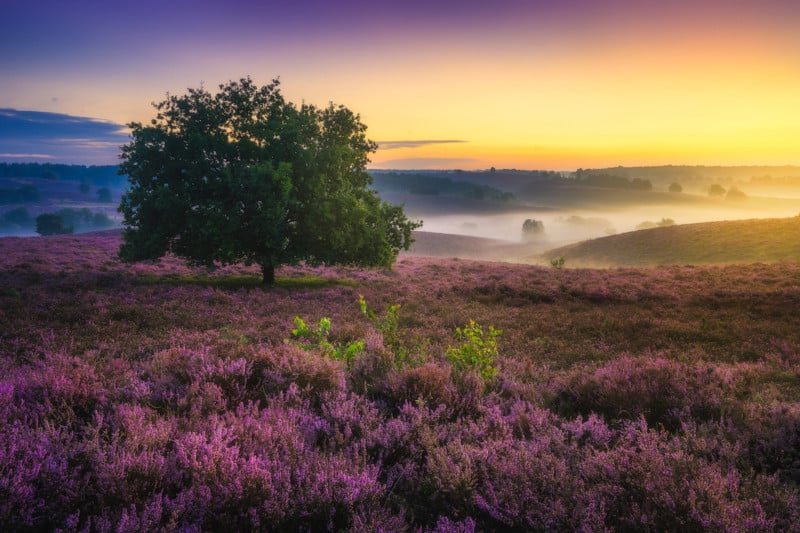 The sun had just risen early in the morning, casting a beautiful glow on the mist. 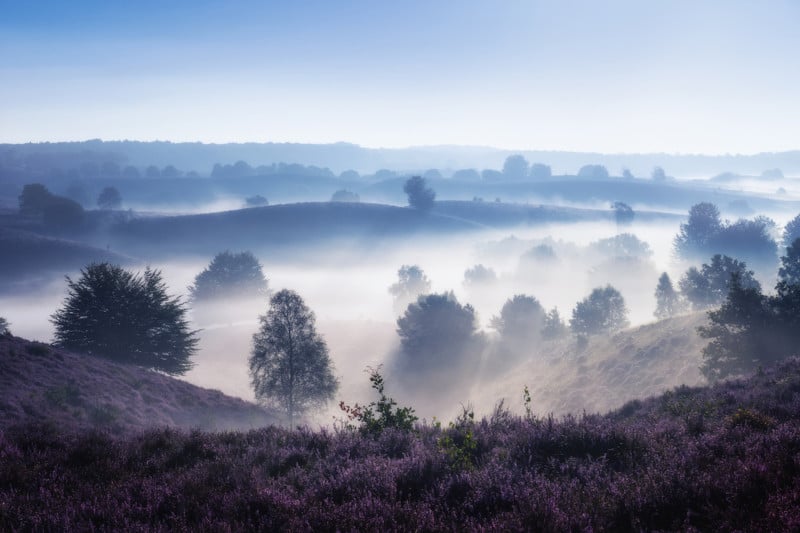 When the sun gets higher the light gets harsh, but it makes it possible for some nice silhouette shooting with the mist separating the different layers. 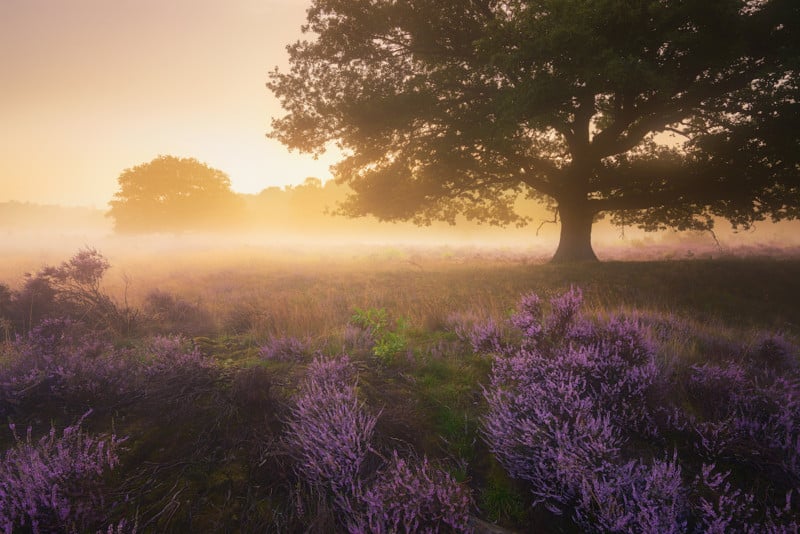 There are some beautiful characteristic trees in the heather landscapes. The mist perfectly separates
them for the tree line and the purple heather on the foreground. 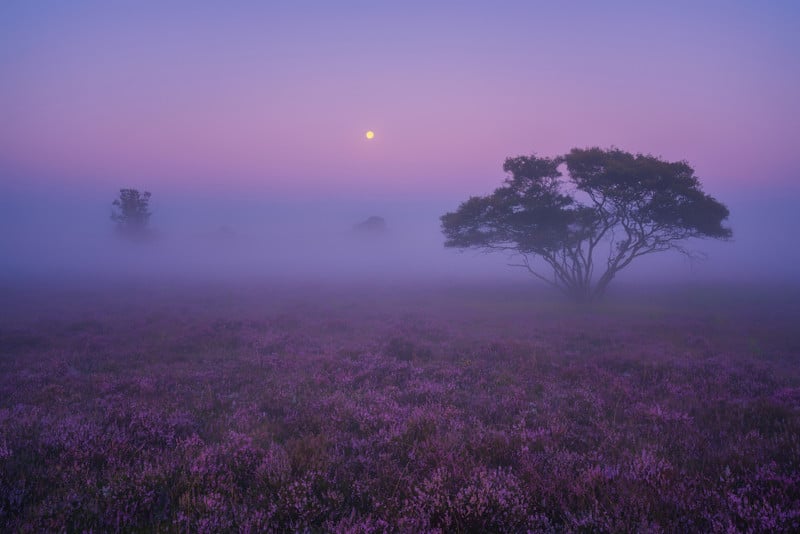 Sometimes these scenes look like they come straight out of the African Savannah, with very empty
moods and unique trees. This shot has a moon setting in it. 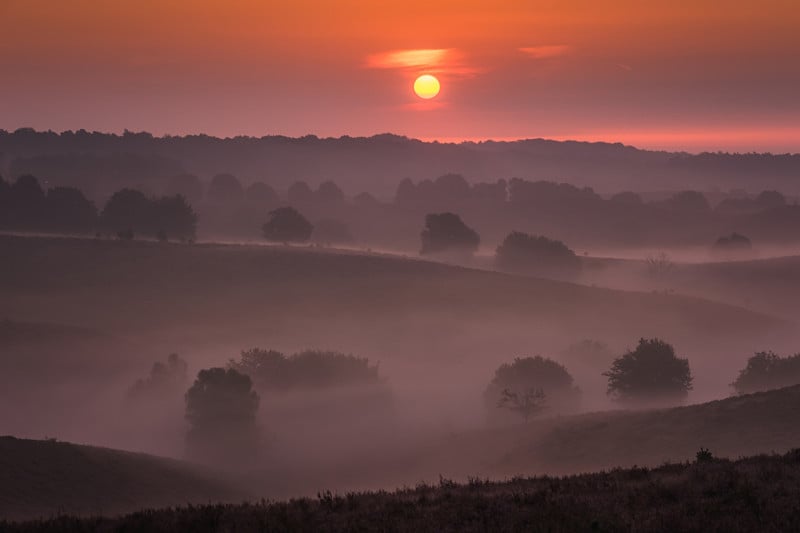 When the sun is just up and the fog is thick, it’s a joy to photograph with a telezoom to make use of
layers in the composition.

A storm cell in the distance looks like a mushroom. It gives an unreal feeling with the combination of the purple heather landscape. 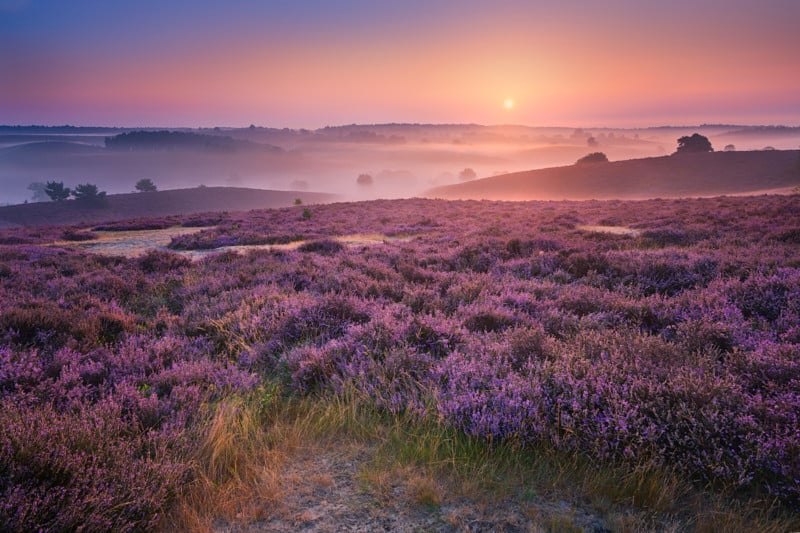 These hills are called ‘the Posbank’ in an area in the Netherlands. They are probably the most popular place for photographers to shoot the sunrise in August. 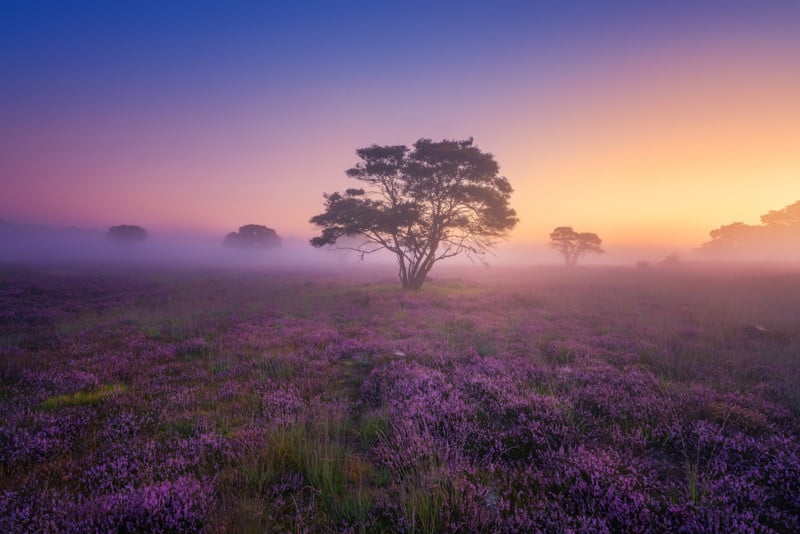 But the hills are not the only place to photograph this purple beauty. As most people know, my country is mostly flat, which can give a beautiful feeling of emptiness when the fog separates the trees from the foreground. 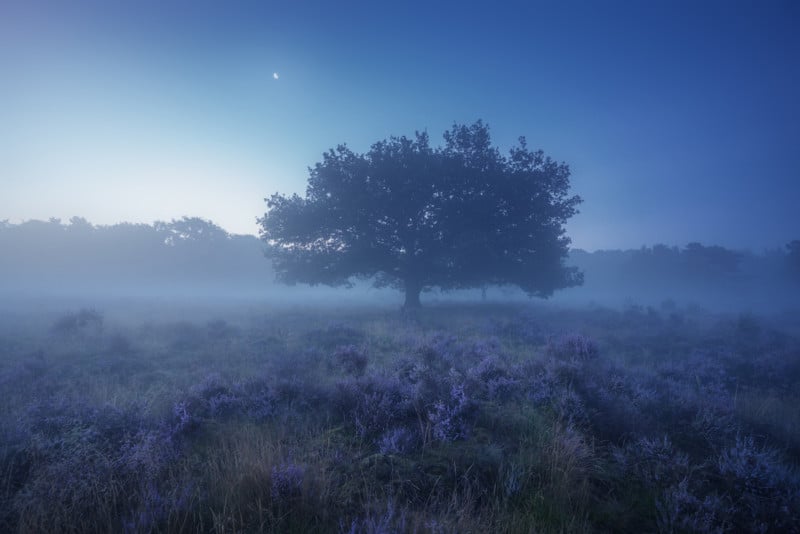 Even way before sunrise, with the first light just coming above the horizon, the atmosphere on the heather fields is magical, with great characteristic trees everywhere around. 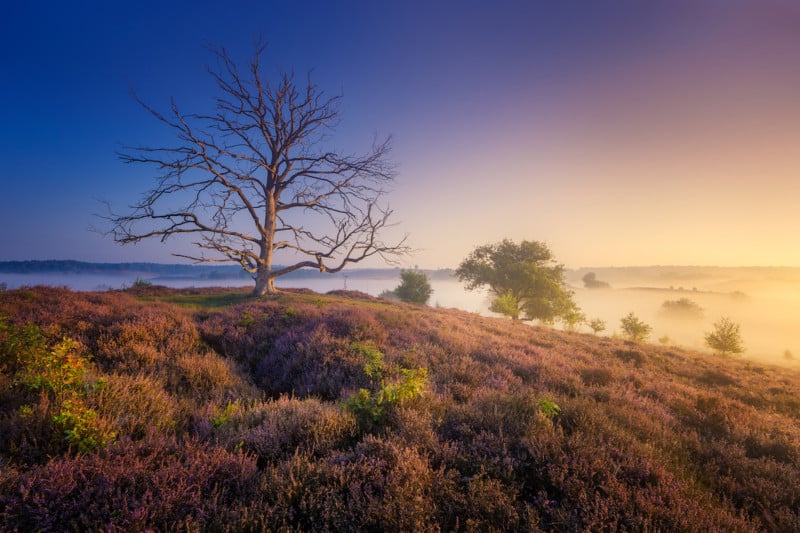 This tree is iconic; it’s been dead forever but still standing. It is always a great challenge to shoot it the right way as it is very difficult to compose.

Ep. 105: Are Apple’s New iPhone 7 and 7 Plus Worthy Tools to Photographers?