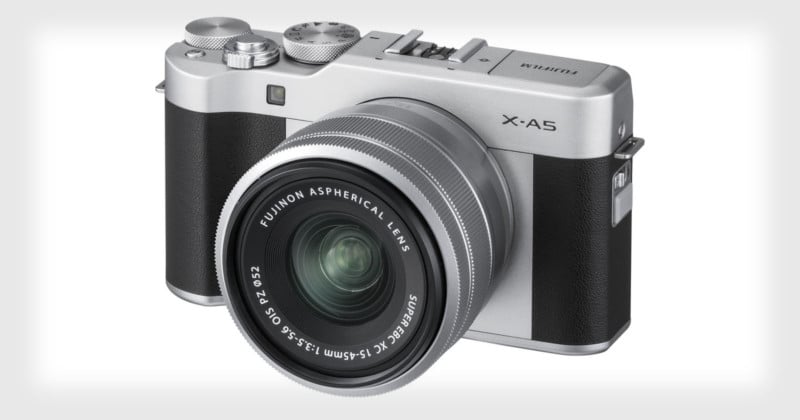 Fujifilm just announced the new X-A5 mirrorless camera. A new kit zoom lens, the Fujinon XC15-45mm f/3.5-5.6 OIS PZ lens is being announced at the same time, and this camera-and-zoom-lens combo is the lightest so far in the X Series lineup. 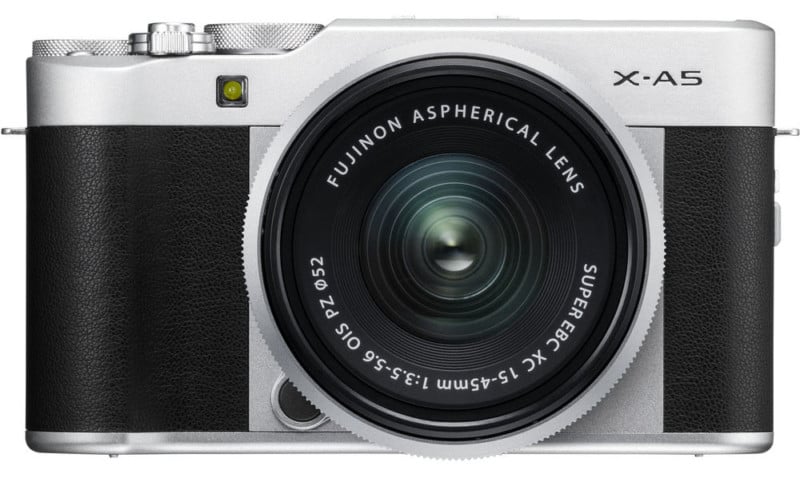 At the core of the X-A5 is a 24.2MP APS-C (non-X-Trans) sensor. It’s the first camera in the X-A line to feature phase detection pixels, which provide an intelligent Hybrid AF system that can lock focus onto subjects at twice the speed as previous X-A models. There’s also a new image engine that processes photos 1.5 times faster than before. The maximum ISO is now 12800 (extendable to 51200), up from 6400 (extendable to 25600) in the X-A3. The X-A5 can shoot 4K video… kinda. It’s limited to 15fps (for up to 5 minutes) and is available in a feature called the Burst Function. Drop down to HD video resolution, and you’ll be able to shoot at frame rates of up to 59.94fps. You can also shoot at quad speed for slow-motion clips and in a Multi Focus Mode that stacks 4K images while automatically adjusting depth of field. 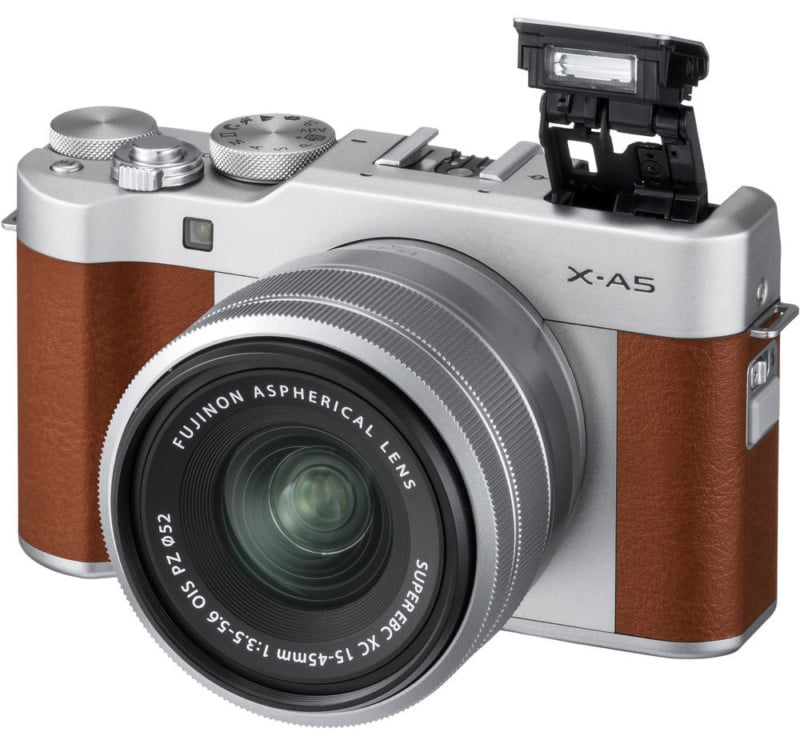 On the back of the camera is a 3-inch, 1.04-million-dot LCD touchscreen that can be tilted to 180 degrees. Other features and specs of the camera include Fuji’s popular Film Simulation Modes, a pop-up flash, Bluetooth and Wi-Fi connectivity, in-camera RAW processing, a battery life of 450 frames, and a startup time of up to 0.4s. 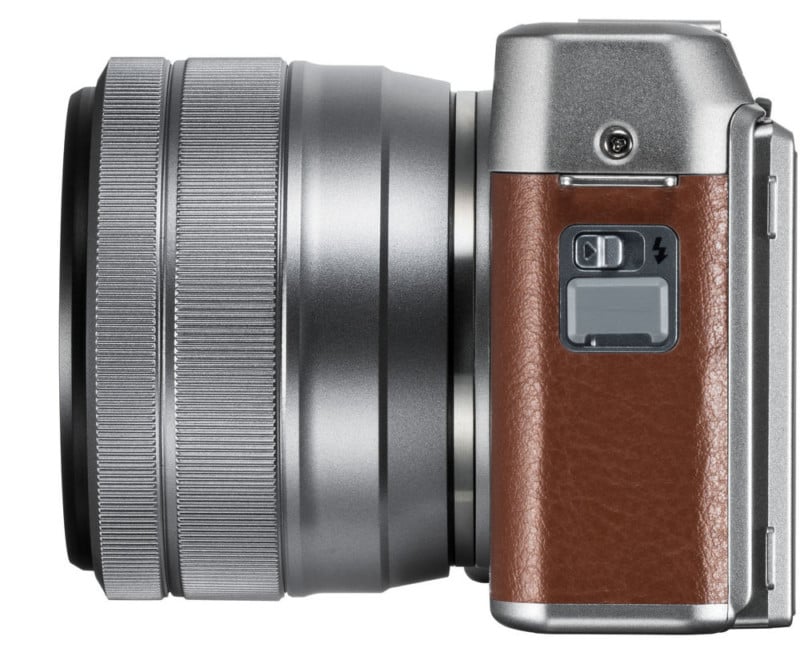 The Fujifilm X-A5 will be available in three synthetic leather colors (silver, brown, and pink) on February 8, 2018, for $600 bundled with the lens. The lens will also be available for purchase separately starting on March 15th, 2018, with a price tag of $300.