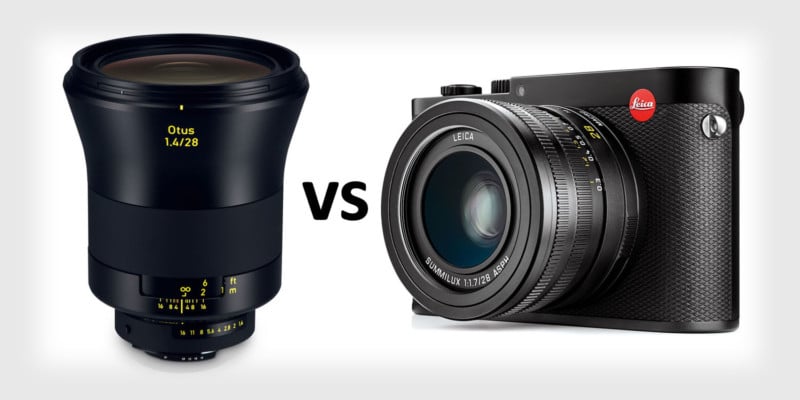 In the pantheon of lens focal lengths, 28mm is a bit of an outlier. Photojournalists are more apt to reach for the 35mm, while many manufacturers have settled on 24mm for primes and the wide end of their zoom lenses. But 28mm has become visually familiar to consumers because its field-of-view equivalent can be found on many smartphones like the iPhone.


Zeiss caused a ruckus when it announced its line of Otus lenses in 2013; a line designed for maximum still photography performance with a weatherproof construction made of glass, aluminum, and rubber. Maximum quality also means eye-popping prices. The 28mm f/1.4 Otus can be yours for a touch under $5,000. 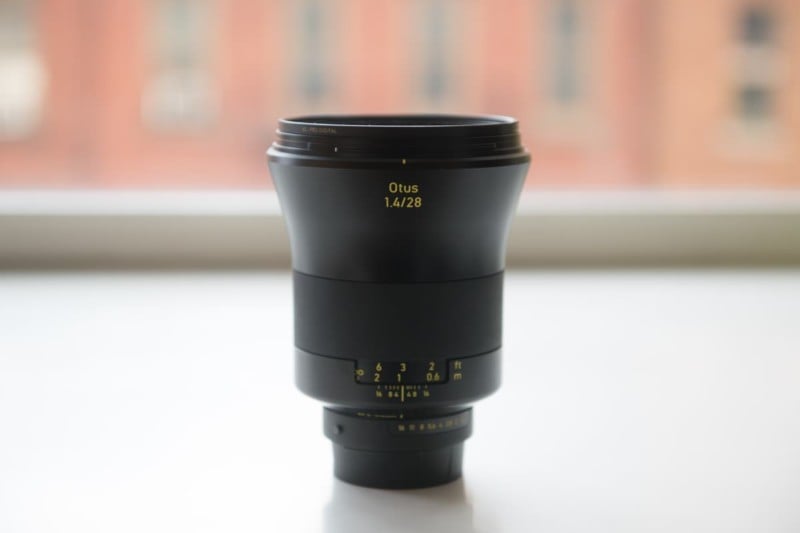 Although I have no need for a 3 lbs, manually focused lens, I was curious to take it out for a spin affixed to a 45MP Nikon D850, and even more curious to compare the picture quality to the Leica Q, which has a fixed 28mm f/1.7 lens. Let’s take a look!

The Otus’s minimalist aesthetic makes for a gorgeous looking lens. When mounted on a camera, it’s the type of combo that I found people staring at because of its size. There is no sense in trying to be discreet with this hunk of glass. 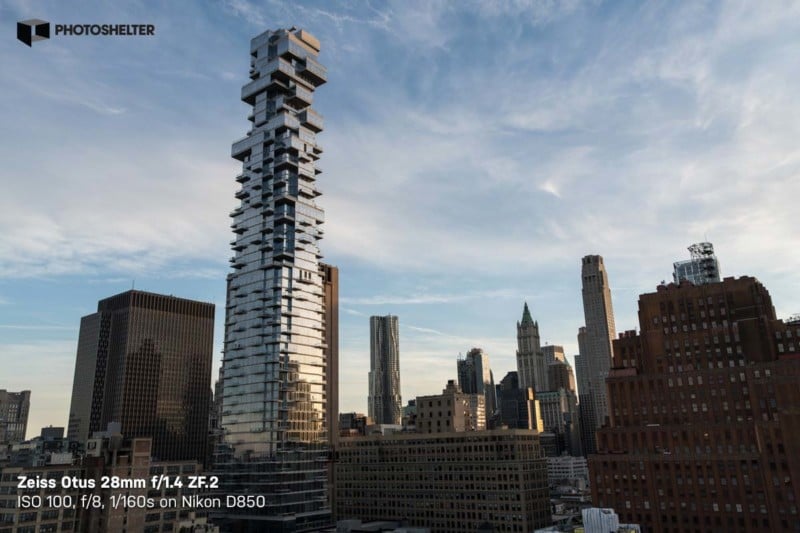 Manually focusing with the Otus is challenging while hand-holding a DSLR. If you’re shooting wide open, strictly relying on the viewfinder is not accurate. So I found myself trying to use Live View combined with focus peaking. The problem was that when I regripped the camera, I often knocked the focus ring without knowing it. Part of this is a lack of technique, but the other is a design quibble.

The rubber focusing ring feels very similar to the rest of the body, especially in colder weather where you can’t rely on the tackiness of the rubber. Notched focusing rings provide both grip and as well as a tactile differentiation from the rest of the lens. I missed more than a handful of shots because of this.

The Leica Q has a lightning-quick auto-focusing mechanism despite relying on a contrast detection mechanism rather than the typically faster phase detection.

As expected, the lens has strong vignetting and barrel distortion at f/1.4 – both easily solved by applying a lens profile in Lightroom. The Leica Q has a built-in profile, so we can’t readily view non-computationally corrected images straight out of camera.

Because we’re dealing with different sensor resolutions, moiré patterns are revealed with certain details at specific distances on one camera and not the other. Neither camera has an anti-aliasing filter, so moiré was produced in a variety of scenes. This isn’t a function of the lens, but it is worth pointing out that expensive gear doesn’t insulate you against the laws of physics. 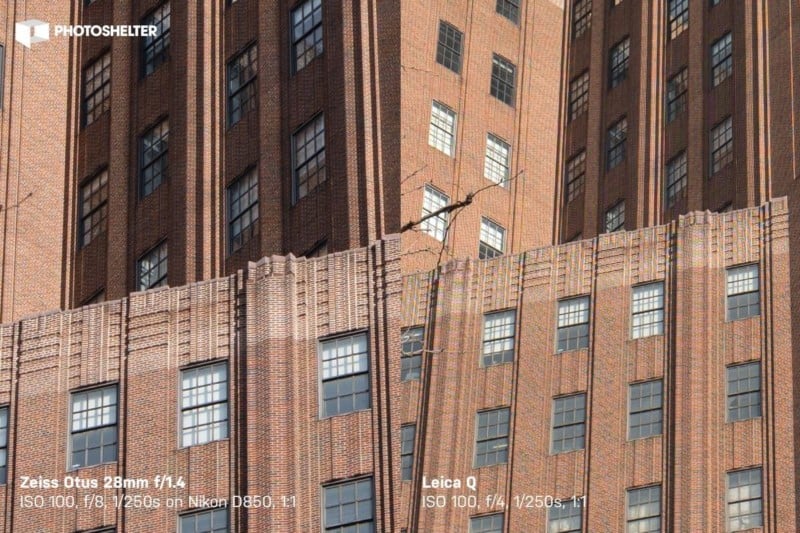 It’s impossible to make a straight apples to apples comparison because the Nikon D850 has nearly twice the resolution of the Leica Q, but suffice it to say, both camera/lens combos produce incredibly sharp images. I wasn’t able to say that one lens was obviously superior in my tests. 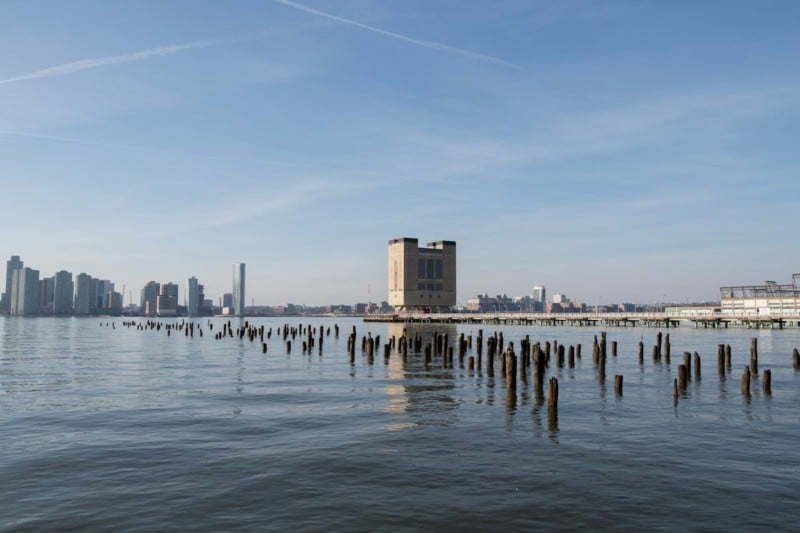 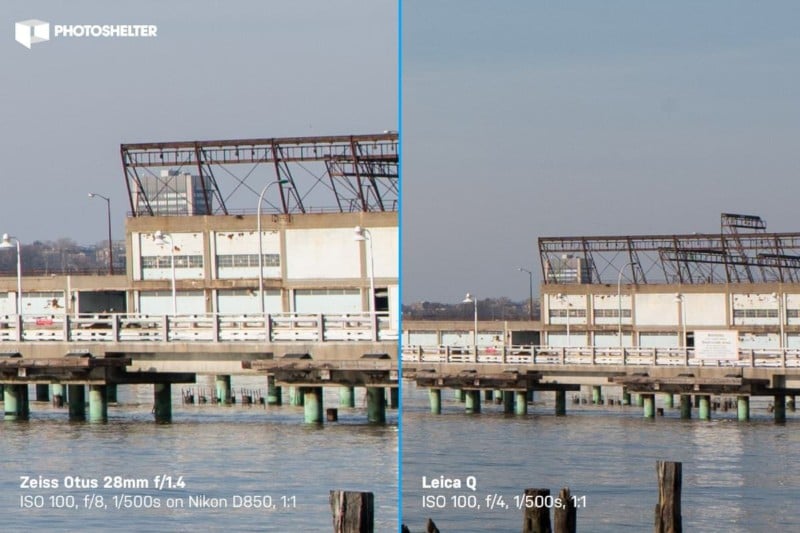 Both lenses produce a creamy bokeh. 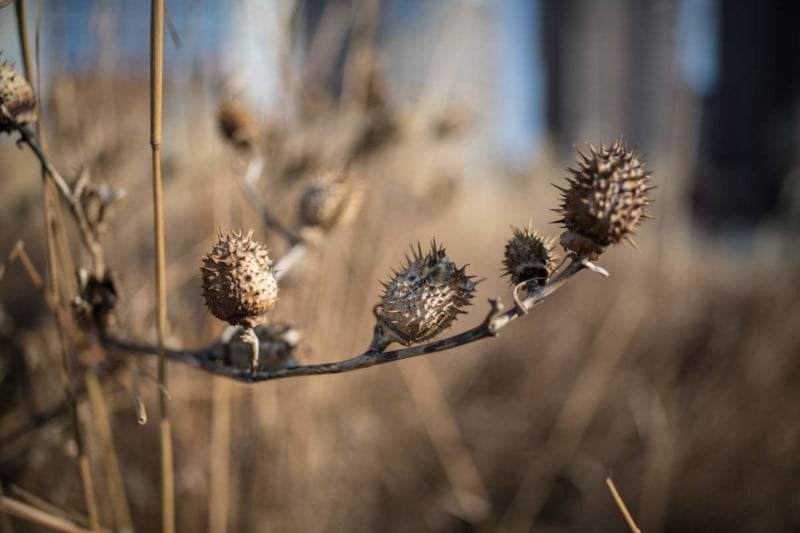 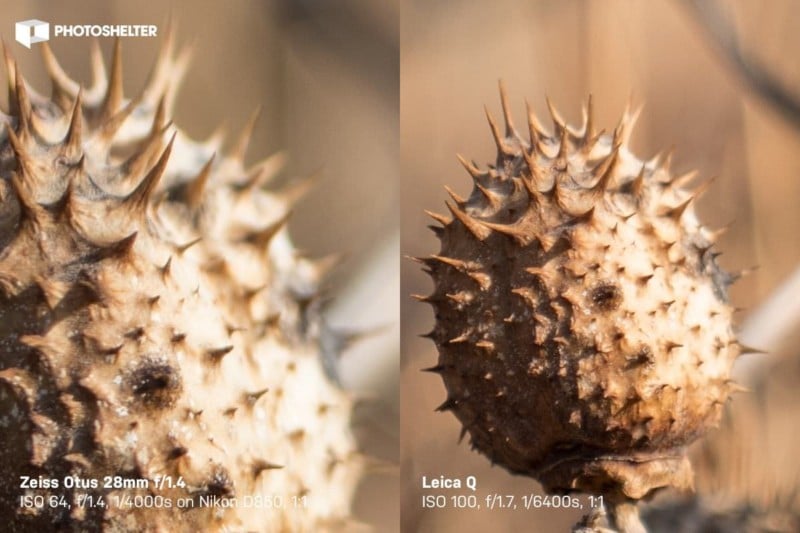 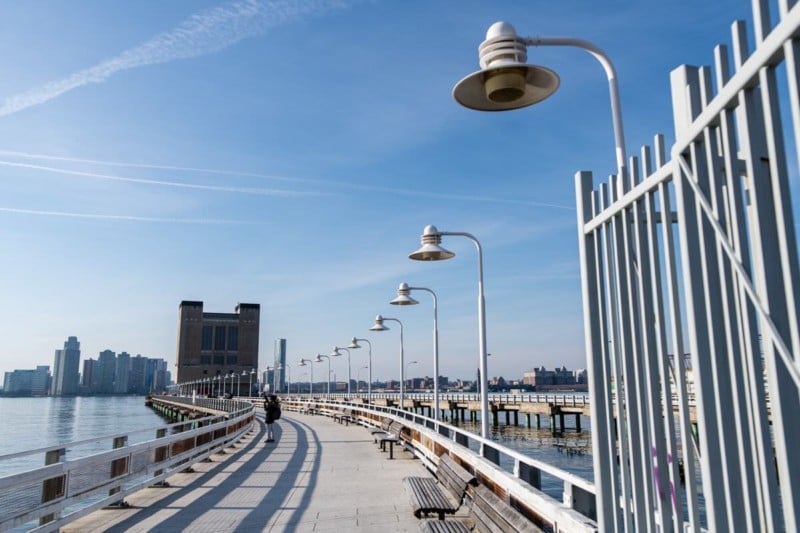 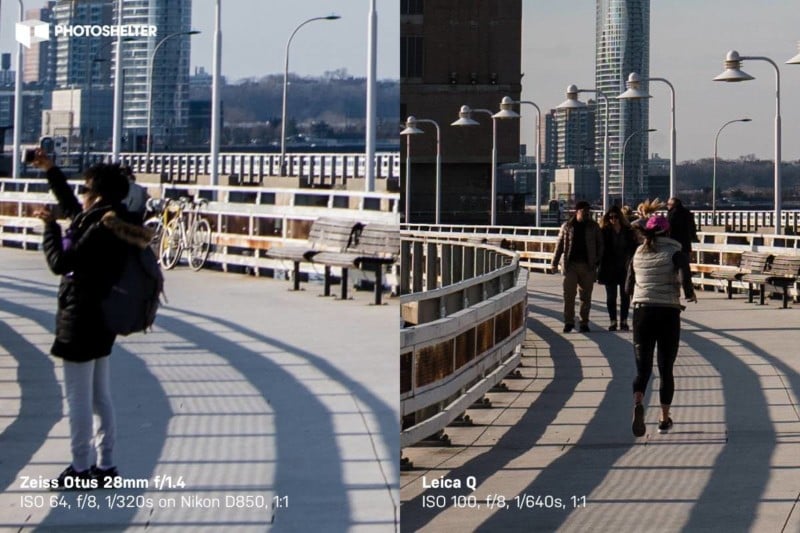 I’m not quite sure who the Otus is designed for. Without autofocus, it’s impractical to handhold at wider apertures. It’s not a street photography, photojournalism, or portrait lens. I can see nature photographers using this on a tripod, but there are a number of lighter, cheaper lenses that work pretty well at f/5.6 or smaller. And if you’re going to hike a few miles to get the shot, I’m not sure the added weight is worth a nearly imperceptible increase in quality.

You can certainly make the argument that a 45MP sensor needs great glass, and in this regard, the Otus delivers the good. But the slow operation of the lens turns a pretty great digital camera into something more like a large format camera. If you like “slow” photography and have deep pockets, the Otus might be for you. If you just have deep pockets (and a bad back), stick with the Leica.

How To Photograph Seascapes