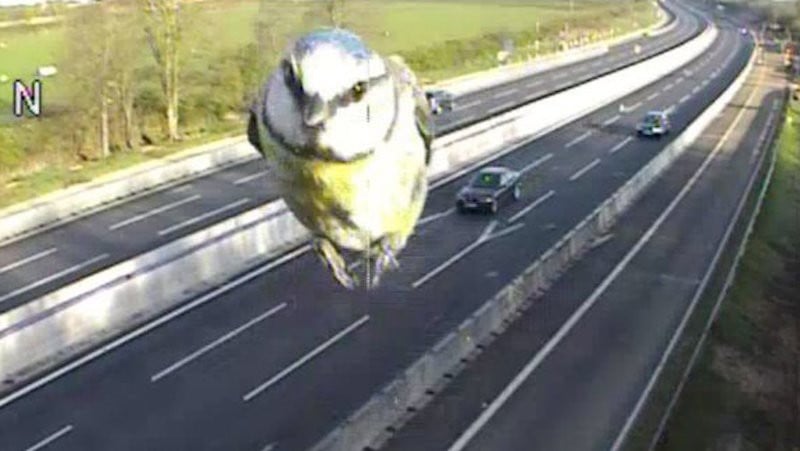 Forget wildlife cameras, when it comes to capturing cool photos of birds, it seems all we need are traffic cams. Just a few months after a CCTV camera in Canada captured these shots of a snowy owl in flight, a traffic cam in the UK repeated the feat with a ‘speeding’ blue tit.

The image was captured on May 1st by Camera 20 southbound on the M1 in Northamptonshire, and spotted by ecologist Paul Watts who shared it on his Twitter alongside the tongue-in-cheek caption “WARNING! Giant blue tit loose on the M1!”

Watts only has 144 followers on Twitter, but the image was quickly shared and favorited several hundred times each:

You hear that sound? That’s the sound of hundreds of local news editors scouring their traffic cam footage for interesting bird photos…