Yesterday we shared a beautiful photo showing 4th of July fireworks overlaid on a flash of lightning. After seeing that image, photographer Delilah Carter of DC Photography got in touch with us to say that she had also captured fireworks and lightning together this past weekend.

Carter is based in the city of Gillette, Wyoming, and visited Keyhole State Park to view a fireworks display this past Saturday — a couple days after Independence Day fireworks. After venturing up to a high vantage point on some rocks, Carter set up her Nikon D800 and Sigma 35mm f/1.4 to capture the show.

There was a storm warning in effect until 8pm that night, but Carter was hoping that the lightning would stick around long enough to show up in her lightning photographs later in the evening. It did.

In fact, the lightning strikes were so frequent during the show that about 1/4 of Carter’s photographs ended up being “photobombed” by one or more lightning bolts. Toward the end of the show, Carter was capturing lightning in every single shot.

Technique-wise, Carter was shooting at ISO 200 and f/10. She didn’t have a shutter release with her, so she manually pressed the shutter button down for as long as she wanted the exposures to be while her camera rested on a tripod. Most of the exposure times were between 4 and 30 seconds.

Here is a selection of the photographs captured that night: 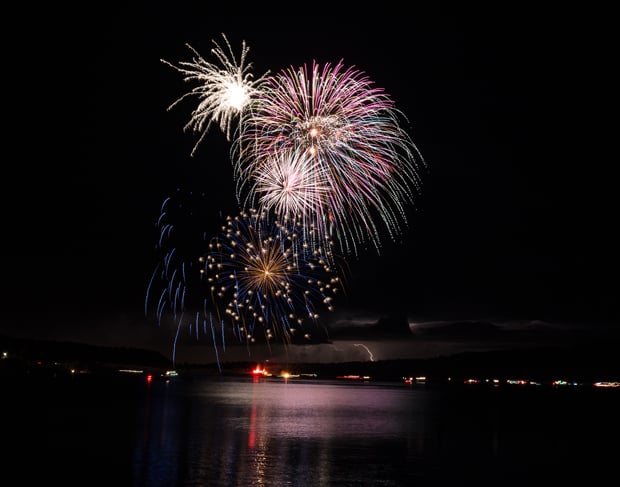 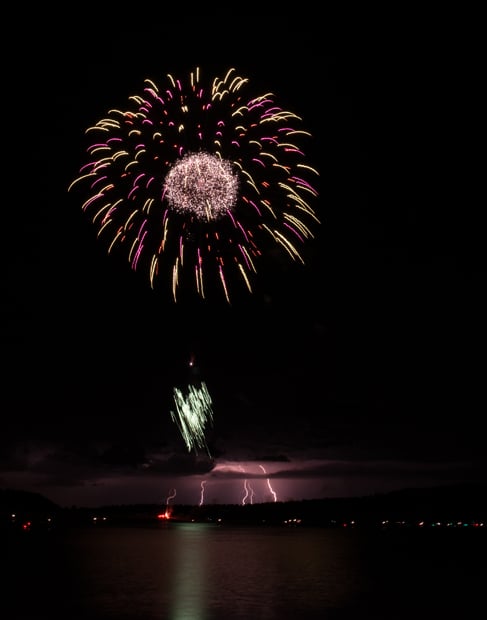 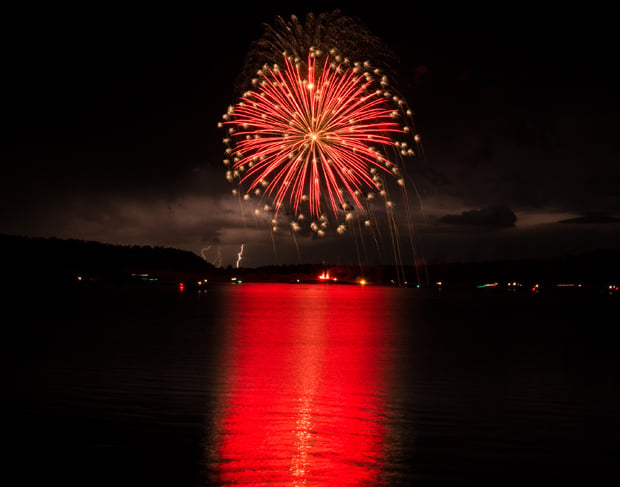 Severe weather and firework displays can mix for some pretty neat results — just make sure you’re safe and smart when going about it!

Image credits: Photographs by Delilah Carter and used with permission

CrowdCam: A Photo App That Lets You See a Scene from Multiple Angles