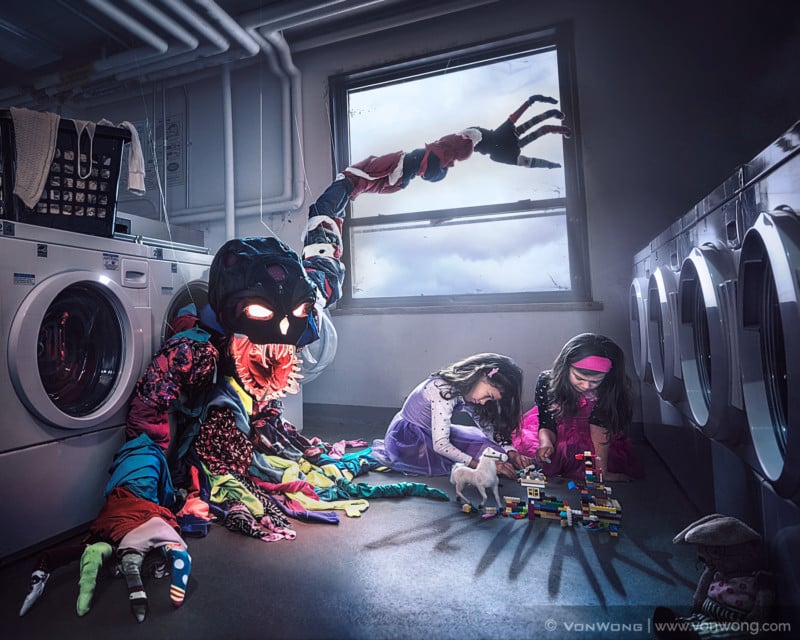 Benjamin Von Wong, a viral photographer turned environmentalist, has released a new project to raise awareness about “toxic laundry” that is full of plastic. An estimated 94% of American tap water contains invisible plastic fibers, and Von Wong felt compelled to do something about it.

“By 2025, the world’s synthetic fiber production will double – so too will the amount of microfibers in our water supply,” says Von Wong.

Since there’s no real solution in the pipeline at the moment, Von Wong is hoping to spread awareness of this issue to drive companies to do something about it. After all, constantly ingesting plastic can’t be a good thing. Convincing companies with little interest in being eco-friendly is a daunting task. However, Von Wong had another idea.

“What seemed realistic was challenging environmentally conscious corporations positioned to make a difference. All we had to do was attract their attention and ask them to #FixToxicLaundry.” 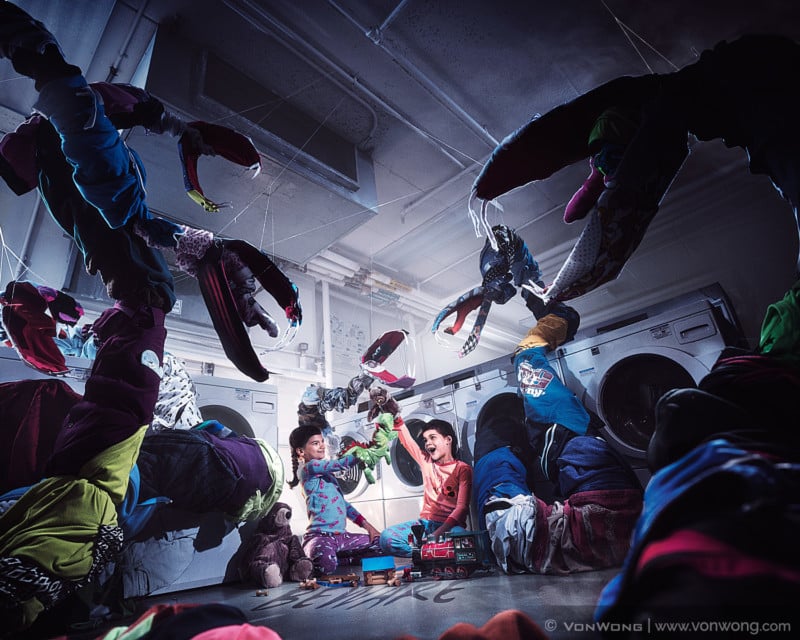 To create the images, a team of over 30 volunteers was pulled together to create the models and get the set ready for the shoot.

“After many days of trial, error and iteration our final designs started to emerge with inspirations drawn from the angler fish, the creepy tendrils from Stranger Things, and some simple snakes.”

The lighting in Von Wong’s shots is particularly impressive and combines creativity and skill.

“Small flashes were placed inside various monsters to give them the eerie glow that would bring them to life.” 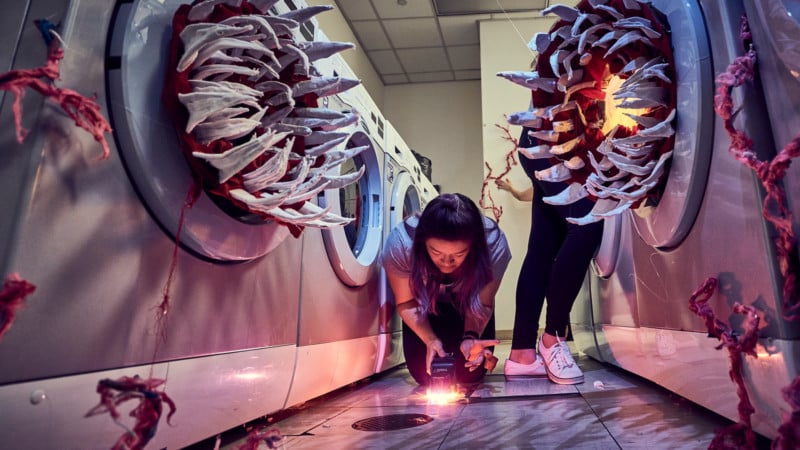 A projector was used to create the words “beware,” rather than relying on post-production work. The team also used a variety of other techniques to decorate the set.

“Cotton balls were dipped in red food coloring, torn up and glued to wire created the creepy veins that we needed,” Von Wong says. 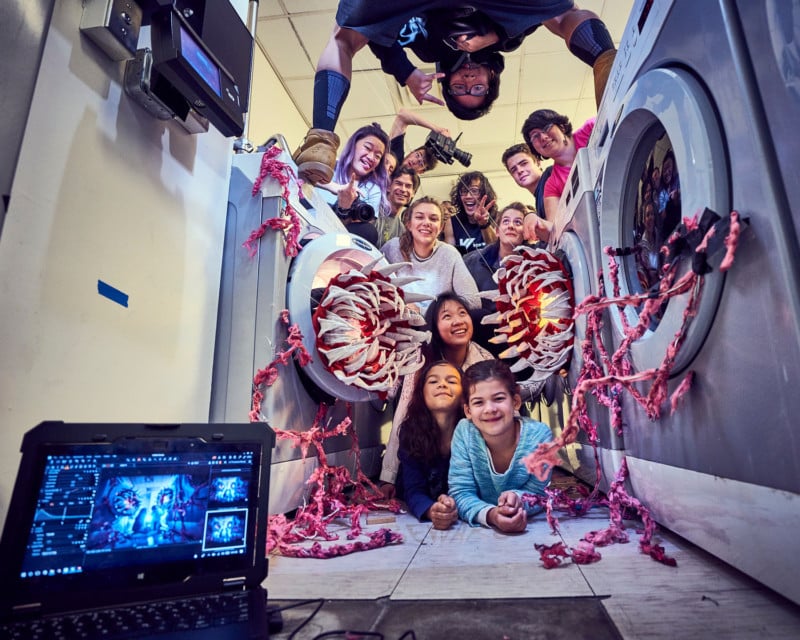 Here are some more images that show the shoot unfolding: 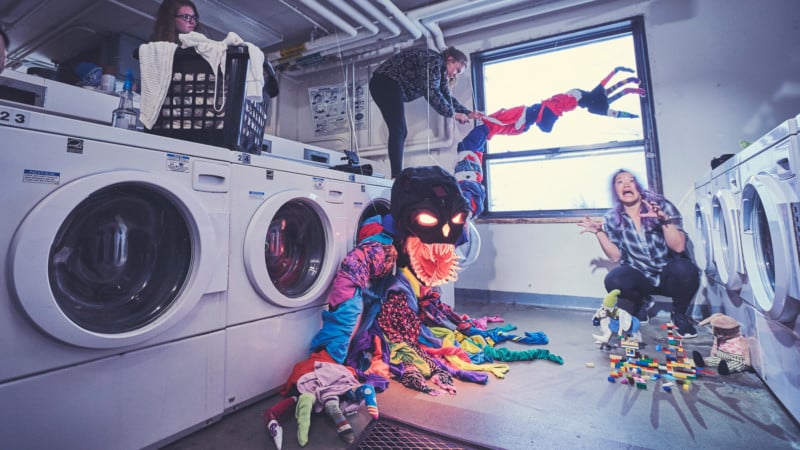 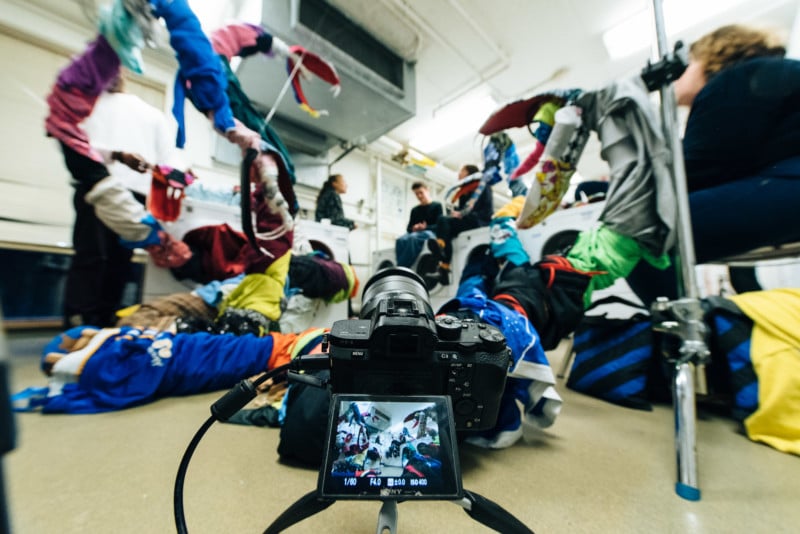 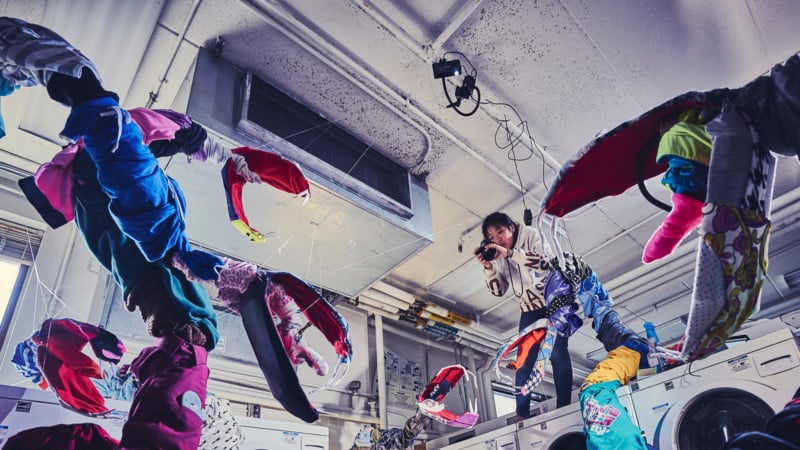 This is a behind-the-scenes video that shows how the shoot came about:

You can find out more about the project on Von Wong’s website, including how you can help spread the word about the #FixToxicLaundry campaign.

How to Shoot Water Drop Photos, from Start to Print