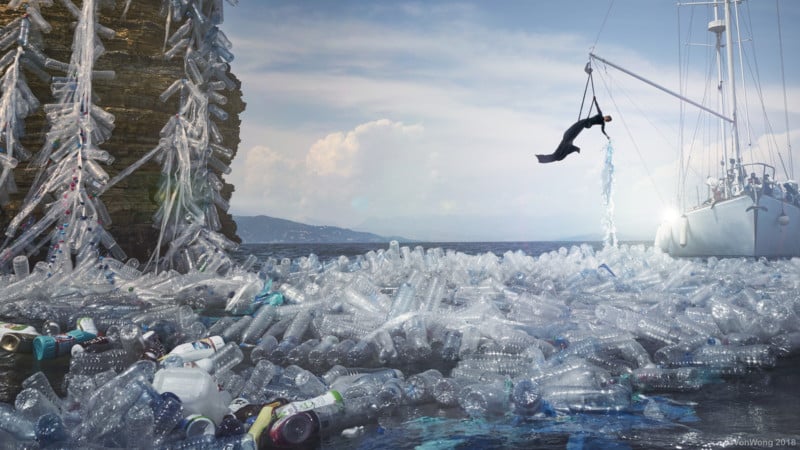 Photographer Benjamin Von Wong recently came across a statistic that shocked him: “Every 60 seconds, the equivalent of a truckload of plastic enters the ocean.” Wanting to make a difference, Von Wong decided to toss an actual truckload of plastic into the ocean to create photos showing the magnitude of the problem.

The photographer partnered with the environmental organization Greenpeace on the project and started by collecting tens of thousands of pieces of plastic. The crew then spent days tying the plastics together with old fishing line scavenged from the dumps of the Gouvia Marina on the Greek island of Corfu. 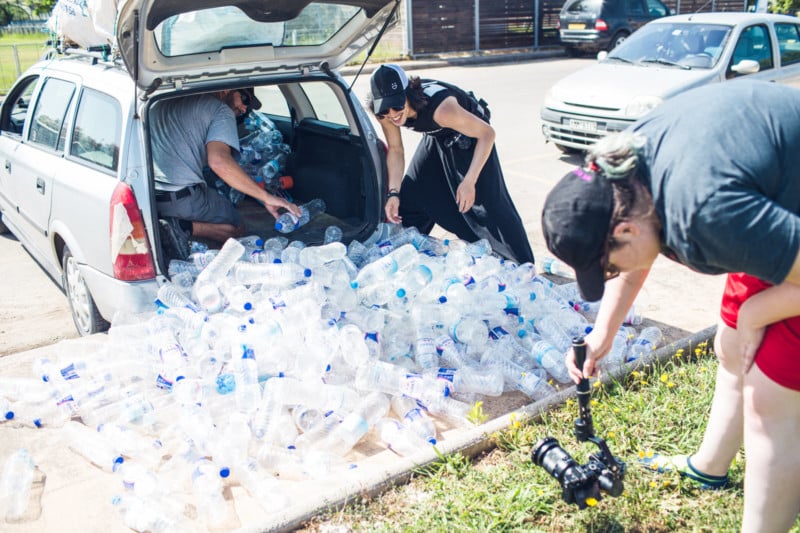 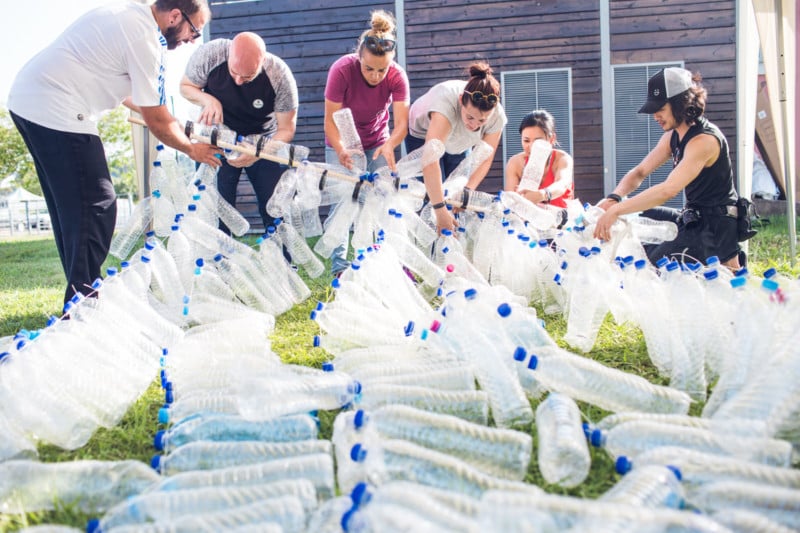 Von Wong then had extreme aerial performer Katerina Soldatou suspend herself from locations around the island while the plastic was dumped into waters below. 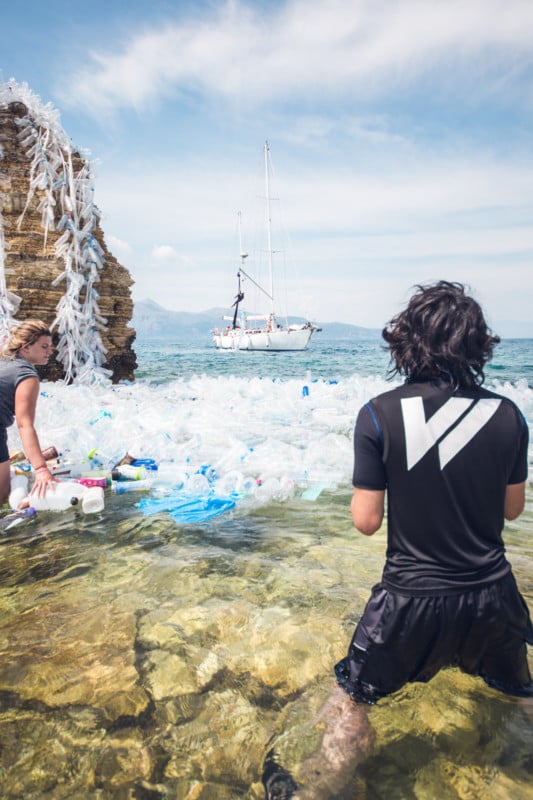 Here are the photos that resulted from the project: 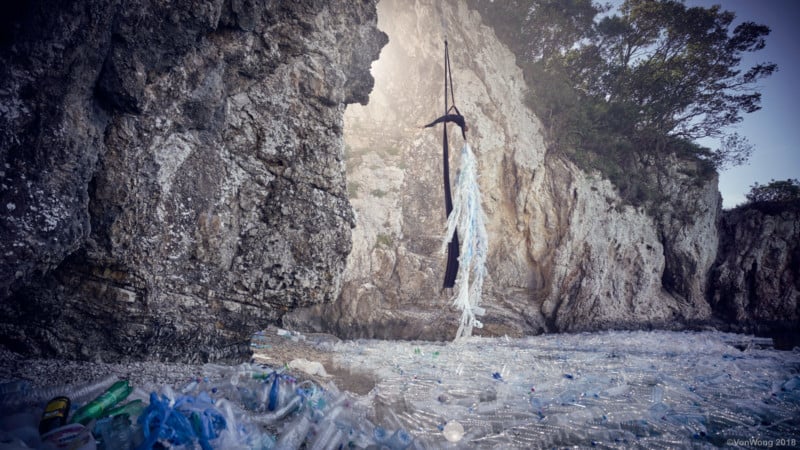 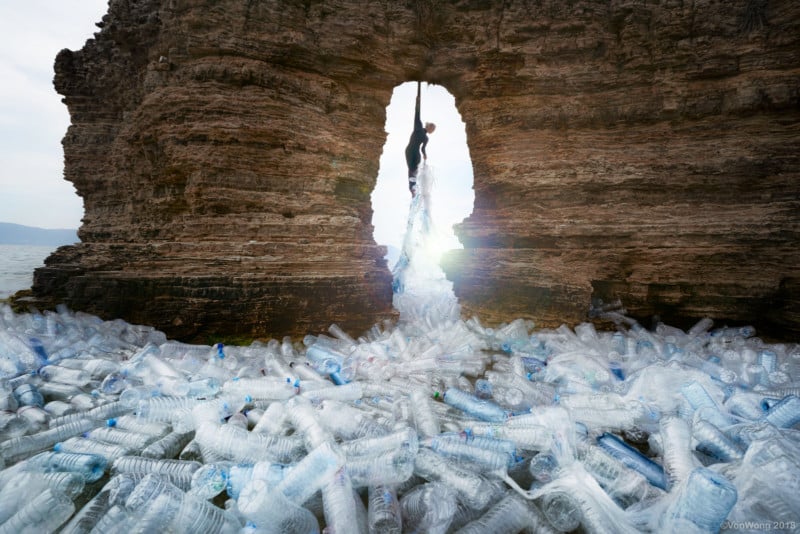 Here’s a 2-minute video showing how it was all done:

“Although we were able to remove the plastics that we put in, the same can’t be said for what is currently happening every second, of every day, for the rest of our lives, and those of our children,” Von Wong writes.

He’s promoting a petition that asks large companies to stop producing as much plastic for their products.

“Our hope with this project was to highlight the real problem: That unless we stopped plastic at the source, cleanups and recycling alone would never be enough,” Von Wong says.

Lumapod: A Tiny Tension-Held Tripod That Sets Up in 4 Seconds Flat