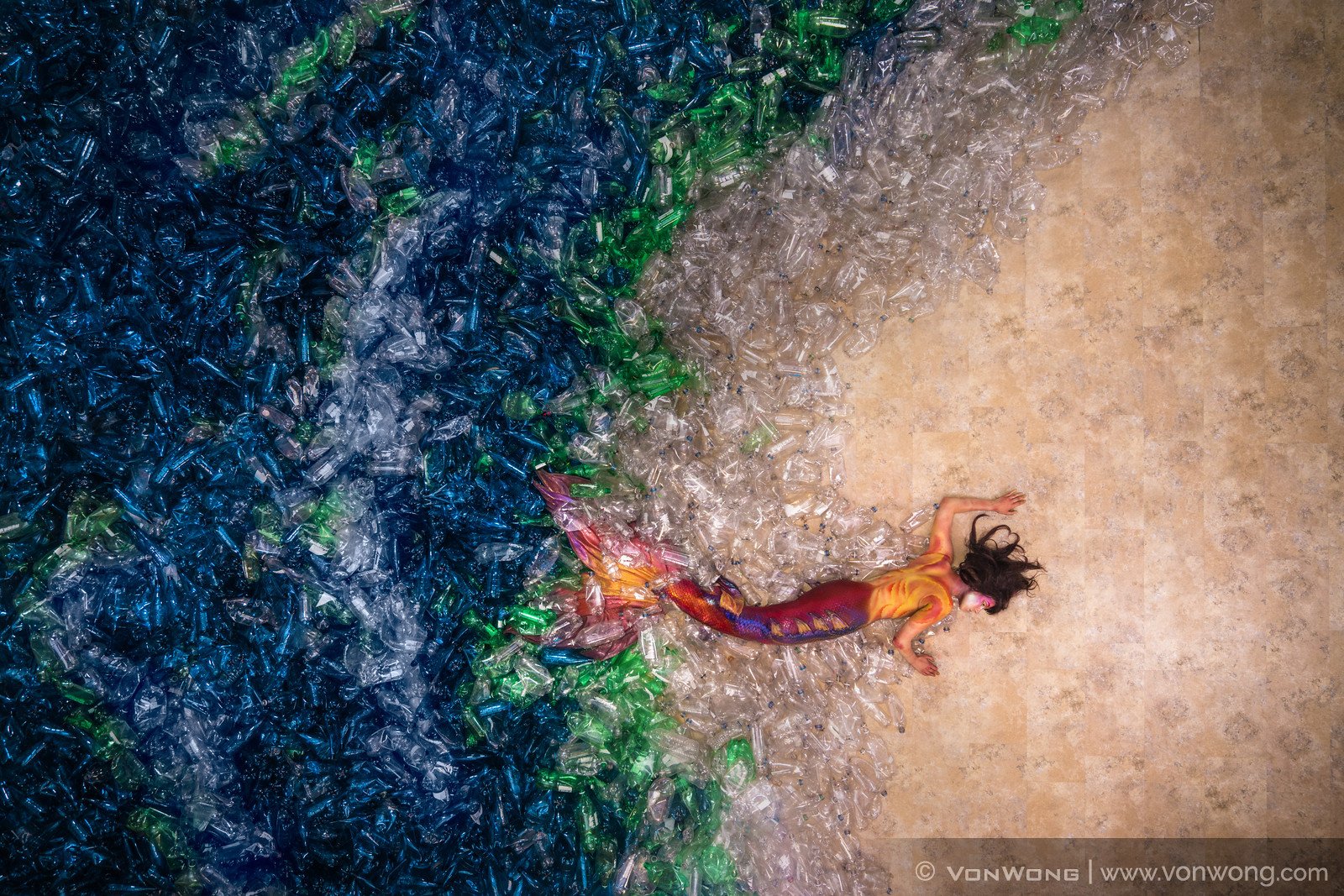 Over the past year or so, photographer Benjamin Von Wong has taken his talent for epic photo shoots and turned it towards trying to raise awareness for “boring” topics like climate change or wildlife conservation. His latest project continues this trend; this time, he’s taking on plastic pollution.

To fight climate change, Von Wong chased storms across the midwest and walked the lava fields of Hawaii. To advocate for wildlife conservation, he scuba dived with sharks. But how are you supposed to make a subject like plastic pollution exciting? How are you supposed to show the plastic impact a single human might have on our oceans over the course of a lifetime?

Ben tells the story behind this ambitious photo shoot on his blog, where he shared this little tidbit in a fit of self-awareness:

One of my greatest strength as an artist is that I am often too naive to realize how crazy my ideas are.

This perfectly sums up how he is able to create such crazy photo shoots. To borrow a phrase from self-help tomes, he jumps and trusts that he’ll grow wings on the way down. Incredibly, this approach more often than not works.

That’s how he managed to find someone who would let him borrow 10,000 plastic bottles for free (shipping included), recruited people willing to help him de-label and clean all those bottles, was offered a warehouse space to use, and so many other “coincidences” that helped bring this project into being. 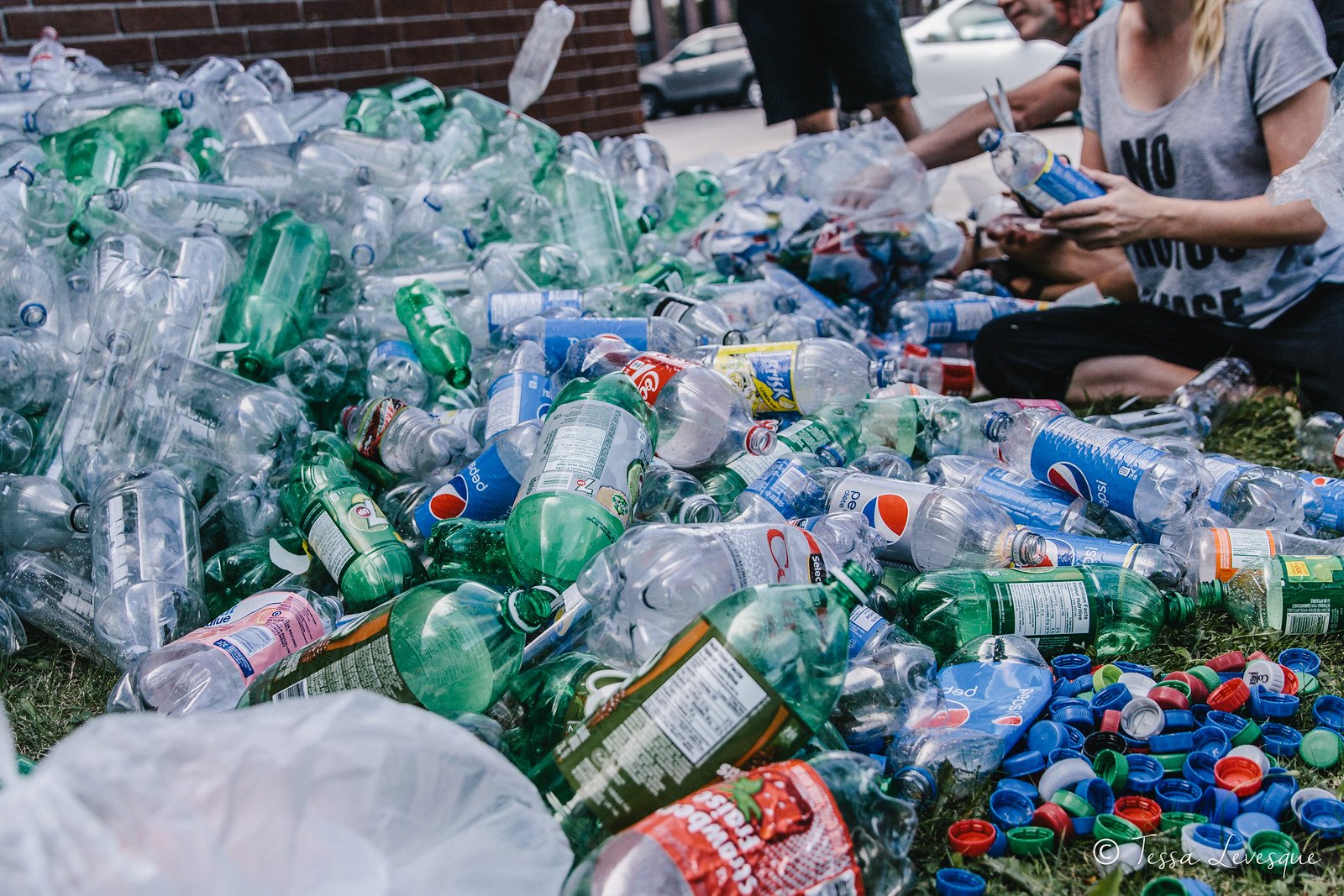 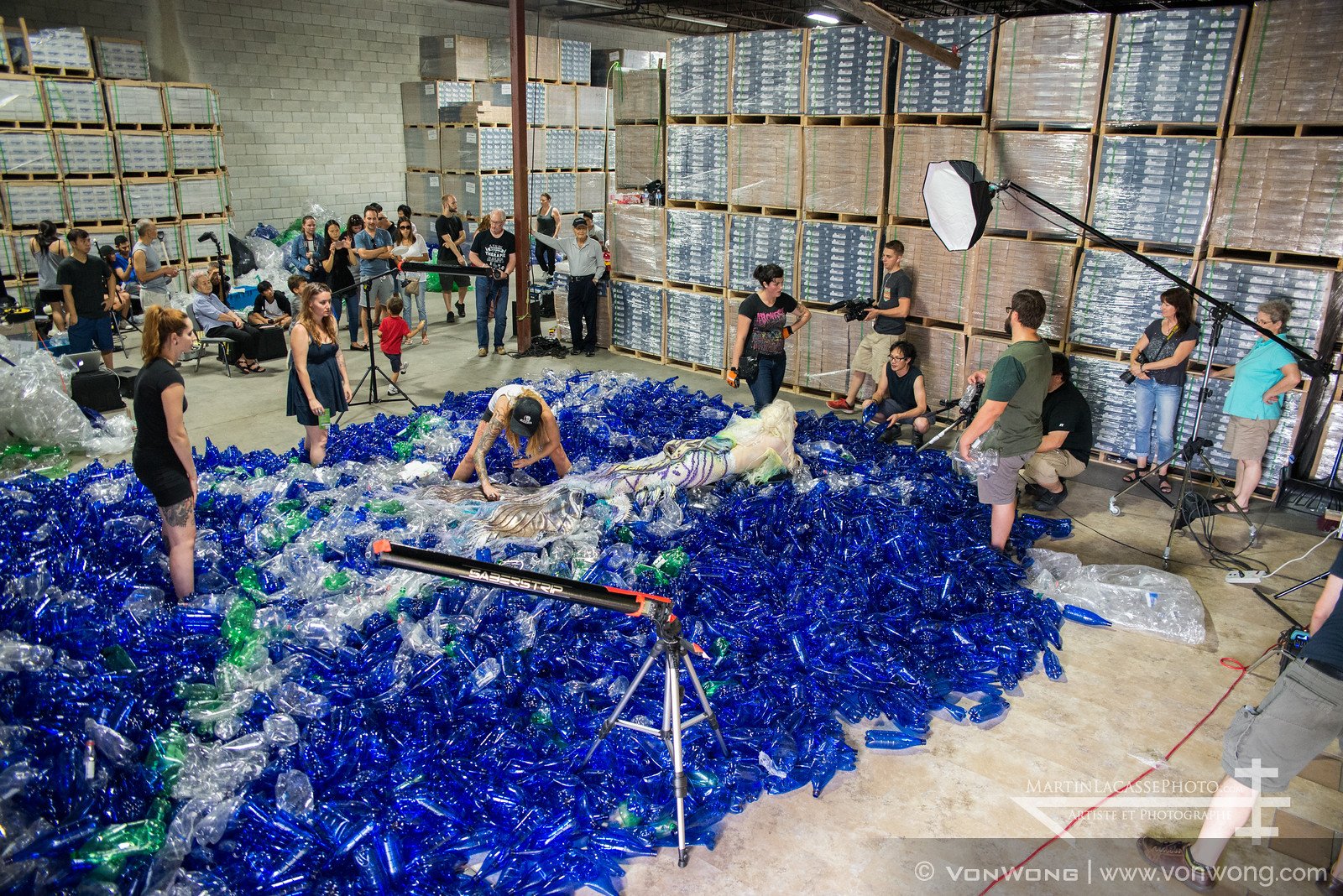 The challenges behind this shoot were nearly endless—from the aforementioned bottle cleaning, to rigging the camera, to setting up and taking the shots. So many hurdles to cross but somehow Von Wong and his team of assistants, helpers, and volunteers managed it. And they did it all for a good cause.

The point of the whole shoot and its cheeky hashtag #MermaidsHatePlastic is to raise awareness for the incredibly boring topic of plastic pollution.

Over the course of 60 years, a single human will use (and throw out) something like 10,000 plastic bottles. These pictures show the impact of that single human life on a symbol that represents all sea life. We’re not sure he achived his goal of making plastic pollution “cool” and “viral,” but his stunning final images will no doubt leave a lasting impression on your brain: If you love these iamges or this concept, consider going to MermaidsHatePlastic.com and signing Von Wong’s Change.org pledge to reuse your bottles. It’s a simple gesture, and maybe it won’t have any far reaching impact, but if it cuts your own plastic footprint by even a few thousand bottles, the mermaids will be grateful.

And if you want to dive deeper into the details behind this photo shoot, head over to Von Wong’s blog by clicking here.

Image credits: All photographs by Benjamin Von Wong and used with permission.

A Look Back at the Digital Cameras that Used Floppy Disks