As a photographer who still uses film, 2017 feels like the industry is in a bit of a time warp. Kodak is bringing back Ektachrome, Hollywood blockbusters are being shot on film, and apparently the part of Polaroid we care about exists again.

In recent years, it hasn’t been an easy ride for the instant film market. It’s a segment of the industry that feels like it has been booming in some regards, yet on the precipice of failure in others.

While Instax has been wildly popular for Fujifilm, packfilm is well and truly dead and it would be difficult to say that the Impossible Project (IP) has had wide market traction and acceptance among photographers.

Having suffered multiple bankruptcies, Polaroid’s instant film business wouldn’t exist at all in 2017 if it weren’t for IP and their decision to purchase Polaroid’s production machinery before its planned destruction in 2008, and the difficult years that followed.

The task of making instant film again wasn’t as easy as simply switching the machines back on, and due to Polaroid’s decision in 2004 to stop producing the negatives needed to make instant film, IP had to source new raw material suppliers and rebuild their instant film from the ground up.

In spite of these obstacles, IP managed to produce a new black and white instant film from scratch only 18 months after they began and a color film followed soon thereafter; effectively saving Polaroid film from fading into extinction.

These films were improved throughout the following years, and in May 2017 the Polaroid brand and intellectual property were acquired by Impossible’s largest shareholder. With that also came an announcement of a new instant film formula, a price drop and a new camera. While Polaroid’s black and white emulsion seems to have remained the same as IP 2.0, the color formula has seen quite a considerable improvement.

After you hear that familiar clunk and whirr of the gears you’ll be able to see an image appear on the film within the first minute or two, with full development taking approximately 15 minutes. 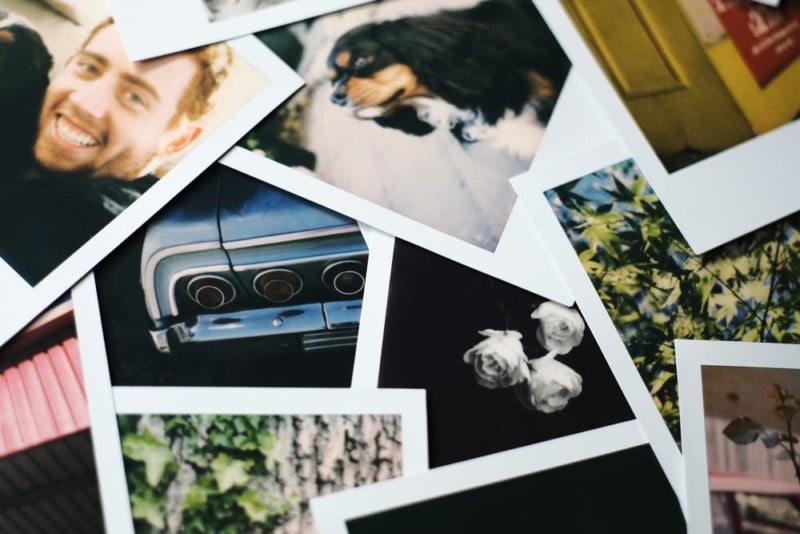 You have to be patient, but the images do look great and have nice color and contrast.

Between the 15-20 minute mark, you will see only minor changes in saturation and contrast.

Overall, the consistency, color and development speed of the film has improved. Some difficult lighting situations will still leave color casts, but once you know your meter and how the film handles under and overexposure, you can minimise these and know what to expect. This film also doesn’t seem as susceptible to light shielding issues either, though Polaroid still recommends that you do shield the film for the first six minutes of development.

Black and white can still be a bit of a mixed bag, with some shots settling on a warmer tone than others seem to. Development is still quick though with the final image only taking about 5-7 minutes to fully develop.

In our tests, we didn’t use a frog-tongue and only occasionally faced the film down during development; but to be safe, facing your film down on a table while it develops is probably your best bet.

Overall, we were impressed with the images, especially compared to Instax Square which; despite having more accurate color and a faster development time, we found to look a little lo-fi and digital by comparison. 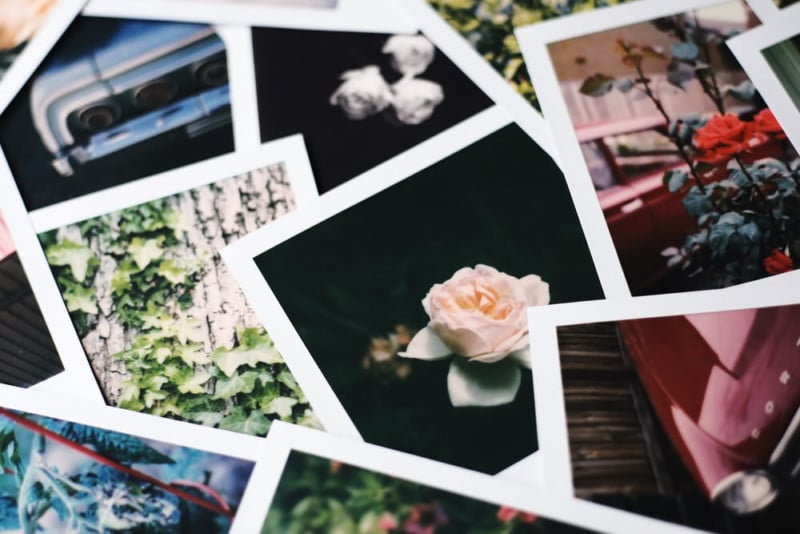 This new color formulation may not be quite as good as the Polaroid film from yesteryear, but it’s definitely usable and it’s the first time we’ve been really impressed with Polaroid film since Impossible began.

If you take into consideration the history of Impossible, and the improvements made thus far, it’s quite an incredible feat.

The colors are more saturated, tonality is improved and development is quite quick; and although you do still occasionally get edge bleeding and slight imperfections in the film, this doesn’t really present itself as often as it used to. 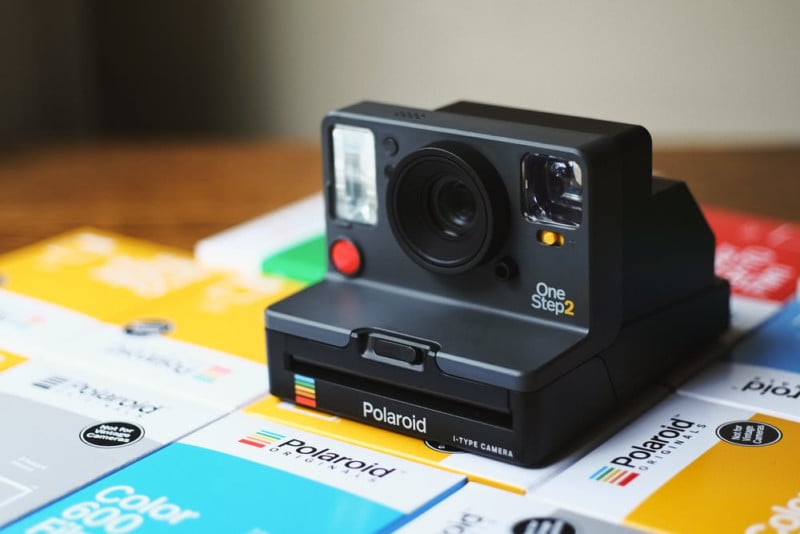 Inspired by the original OneStep from 1977, the OneStep 2 serves as a low cost, easy to use, modern camera for those wanting to shoot Polaroid; and it looks great, featuring a design aesthetic that’s a throwback to the original Onestep.

Despite the ABS and polycarbonate shell, the OneStep 2 doesn’t feel cheap or poorly made. It has some heft to it and feels quite good in the hand, if a little awkward at times due to the shape. Unfortunately, the lens has a fixed focus, but that’s part of the OneStep design philosophy and we suspect we’ll see a camera aimed at the more savvy market in the future.

Like the original OneStep, it’s simple, and it just works. Load your pack in, frame up with the wonderfully large viewfinder and click the red button. 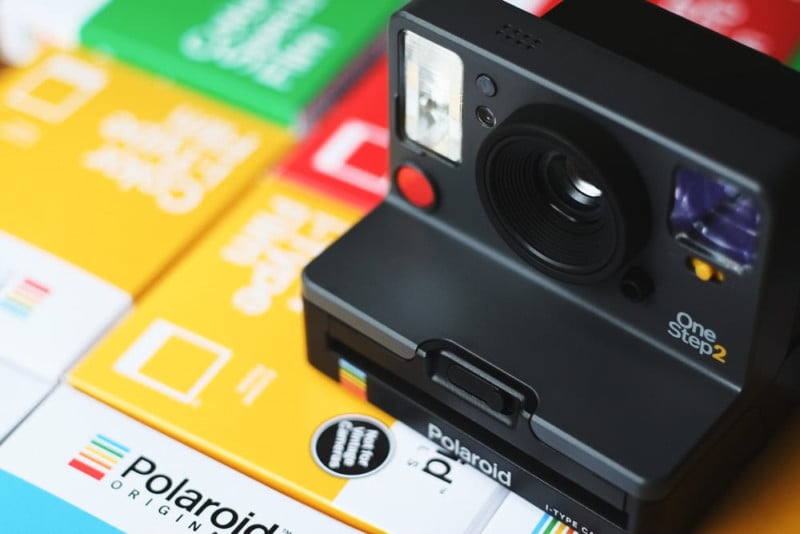 The lens is made from optical grade acrylic and the images are sharp and maintain good color and contrast. A glass lens would have been preferable, but hitting that $99 price point is a smart choice and may help in penetrating a market that Fujifilm is currently dominating. 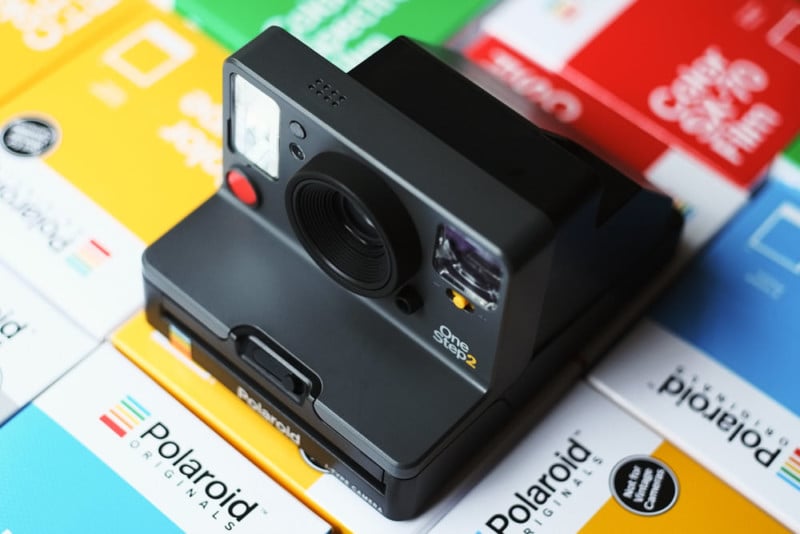 Although the price of the film is slightly cheaper than it used to be, it can still seem like a hard pill to swallow if you’re comparing the cost with Instax.

At current prices, i-Type film works out to be approximately $2 USD per shot, whereas Instax square is about $1.40 USD.

Comparing the price of film alone you might think it’s an easy decision, but if you are comparing the system price of an SQ10 and Instax square packs, Polaroid comes in with a relatively enticing offer. It’s clear that Polaroid is trying to tap into that casual market with this camera and that may be necessary for them to grow and reach a more mass market appeal.

This is a similar strategy Polaroid took in the 70s with the release of its predecessor. In today’s money, the original OneStep only cost approximately $160 USD compared with the astronomically expensive SX70 which came in at about $1000 USD.

It has been a long, 8-year road for Impossible and in some ways, it feels like this may just be the start of a new one.

While the new Polaroid Originals film isn’t technically perfect, I think that its imperfection is part of what makes Polaroid special.

There is something to be said about the romanticism of using film, that iconic, big square frame, and the surprise as your image appears before your eyes (albeit a bit slower than it used to)

The film is improving, and I expect we’ll continue to see improvements based on IP’s track record in this area and especially so if this product gains mass market appeal. As a system, it feels like Polaroid has finally established something impressive and it’s great to be able to just walk into a store, buy new film and a new camera and get consistent results.

The film is nostalgic, familiar, exciting to use and it just feels right.

About the author: Peter Davison is a part of Ikigai Camera, a film store based in Melbourne, Australia. The shop sells 35mm, 120, and 220 film fresh from Japan, as well as Polaroid Originals’ new products. This article was also published here.

Rylo is a Tiny 360-Degree Camera with ‘Game-Changing’ Software