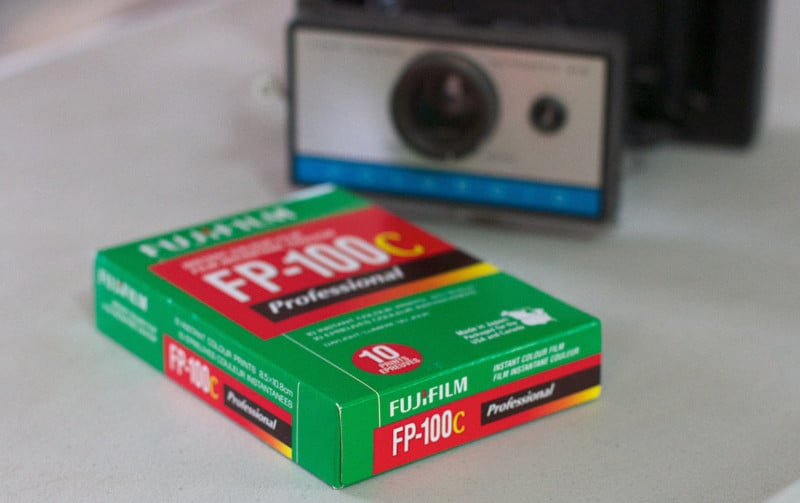 Impossible Project founder Florian “Doc” Kaps is not happy with Fuji. After several letters and detailed proposals on how his company SUPERSENSE would keep peel-apart packfilm alive, Fuji has declined his proposals and refused to work with Kaps. Our final hope, it seems, may sit with the company CatLabs.

The news of Fuji’s decline came via a heated post on the SUPERSENSE blog, which we first mentioned a little over a month ago when Kaps was reportedly meeting with Fuji and asked readers to “keep your fingers crossed.”

Unfortunately, not enough fingers were crossed by the sound of it. In his update from a few days ago, he quotes a final reply from Fuji, “to the latest letter and our 3 detailed proposals of how to keep packfilm alive, even without the availability of the ingredients needed to continue the production of the legendary FP-100C.”

I really had to read the short reply over and over again, as I simply could not believe what I was reading at first sight!!!

“… we cannot now change our decision. Thus, we respectfully decline your proposals.”

This simply can not be true?! […] Can it get any worse??? Pffffffff. Unbelievable.

Doc hasn’t given up, and his next step is to spread this news far and wide to hopefully pressure Fuji into a change of heart, but while he’s doing that, another company is taking a different tack.

In a post titled “WE WILL MAKE PACKFILM!” on the company’s website, CatLabs have declared that they will “take this on” in light of Fuji’s denial to work with Kaps:

Fuji’s announcement instantly made millions of cameras, and camera backs worldwide obsolete. We believe we can change that and not only keep those cameras and backs out of the dumpster, but push forward a new and ongoing generation of instant image makers.

They don’t have any specifics or details to offer yet, but clearly they have an ace somewhere up their sleeve if they’re willing to make this kind of promise.

In his original post about keeping an FP-100C alternative alive, Kaps wrote that “this time we are talking about the very last machines for this wonderful instant film material, and if I fail this iconic beauty will be gone forever.” We’re curious to see how CatLabs intends to overcome these hurdles that stand between them and a viable packfilm product.

The Photographer IS the Selfie Stick in These Creative Promo Mailers