Vitec Photographic, the company behind the Manfrotto and Gitzo brands, is joining forces with Sony to create a brand new line of products for “professionals who demand utmost quality and high performance.” The products will be developed exclusively for Sony’s Alpha line of cameras.

The first products will be launched sometime in 2018, and the first release will be a new version of the popular $160 Manfrotto Befree tripod, a “world class best seller” aimed at traveling photographers thanks to its lightweight design. This will be shown off at the PhotoPlus event in New York this year, October 26th.

“We are proud to announce the agreement with Sony,” says Marco Pezzana, CEO of Vitec Group’s Photographic Division. “This collaboration sees our brands Manfrotto and Gitzo […] working side by side with the prestigious Sony brand […] with the primary intent of collaborating to the development of even more innovative products for professional content creators, thus further increasing customer satisfaction and future business growth.”

The announcement came during the 100th-anniversary event for Gitzo in Tokyo, Japan, and the two companies also stated there will be other new Gitzo and Manfrotto tripods as well as new plates and photo/video tripod heads. 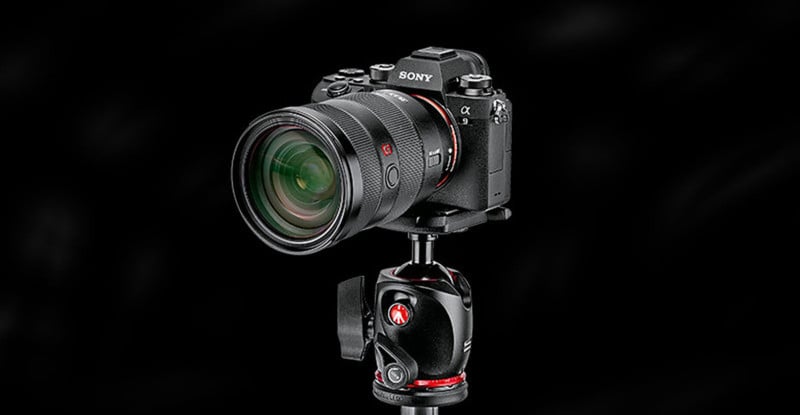 There will also be a new version of Manfrotto’s Digital Director, software that allows you to control your camera remotely. This is also expected in 2018.

The Vitec Group now owns more than 20 different photography brands, including the likes of Manfrotto, Gitzo, Lasolite, Sachtler, and — starting just this week — Lowepro and Joby.

(via Manfrotto via DPReview)

FAA Bans Drones at Statue of Liberty and 9 Other Landmarks

This Pro Photographer Was Born Without Hands and Legs