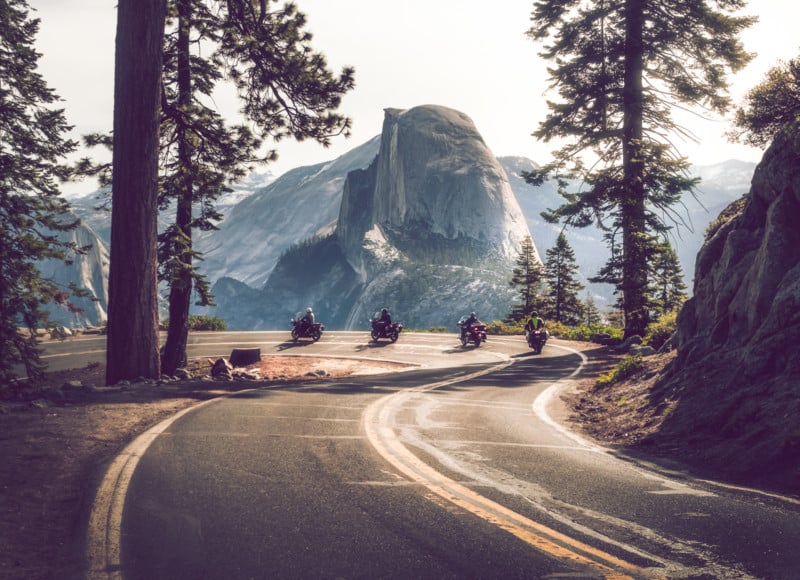 While visiting Yosemite in June, I took this photo of 4 riders on the road. A couple of days later, I posted the photo on Reddit’s /r/pics. It made it to the Reddit front page with more than 40k upvotes and almost 600 comments.

I saw that location many times on the Internet, and I wanted to add it to my portfolio. I drove up to Glacier Point, parked my car, and walked back a few turns to the place I had seen so many times in pictures.

After setting up the tripod with my favorite composition, I started waiting for an interesting subject to show up. I was hoping for a nice car, a Mustang, a Corvette, or something like that. It was early in the morning, and the sun was nicely filtering through the clouds and trees lighting up the center of the frame.

Unexpectedly, 4 bike riders showed up and slowed down right in the center of my frame. I was able to freeze that incredible moment in the photo you can see above. I took 16 shots of the entire passage and selected my favorite one.

I didn’t have the chance to connect or talk with the riders, even though I would have loved to. After posting the photo on Reddit, some people at /r/motorcycles tried to help me to find the riders in my photo, but with no luck.

So it was pretty amazing when one of them contacted me through my personal website a couple of weeks after, asking for a print of the photo. That was one of the most incredible moments I have ever experienced as a photographer, and I was amazed by the possibility to connect with people that I had never met before. All thanks to a photo!

Here are some excerpts of the e-mail that Jeff (the third rider in the picture) sent me that day. Jeff wrote:

Your photo kind of blows my mind. A random person (YOU) on a twisty road in Yosemite Park at 10:45am 6-3-17 was set up on a once in a lifetime shot exactly when my motorbike group rolls through your camera lens and you take the shot. Then someone unknown to me/us tells us they thought they seen our group on the internet. Crazy cool.

The group of four all reside in the greater Seattle area. We rode 2,800 miles on that trip, sunny all 8 days on the road. NO performance awards (tickets). We feel blessed to have so much fun riding together in/on Gods canvas. YOU just put the icing on the cake by taking that photo. Can’t say enough fantastic things about that brilliant picture. Kudos, bravo and cheers to YOU Andrea. After my daughter-in-law, also an amateur photographer suggested I do a Google reverse photo search to find the photographer, to obtain the best resolution for larger prints, the internet just amazed me again. Allowed me to find you.

He also sent me a few photos of their trip, including a shot they took that same day in Glacier Point! 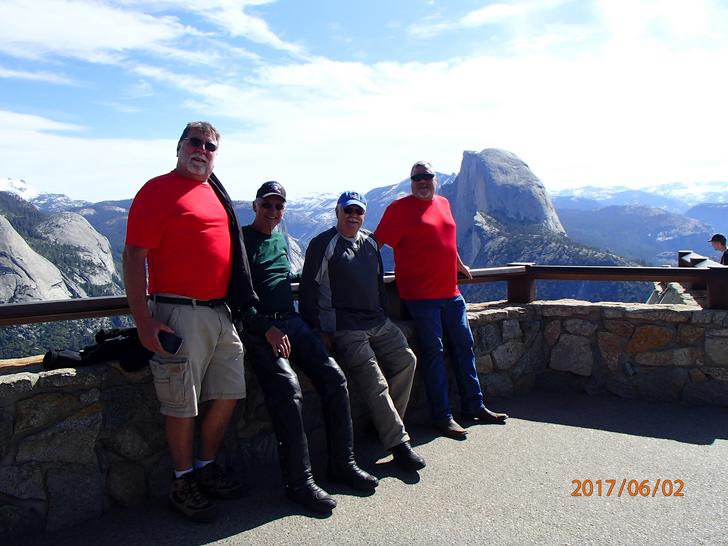 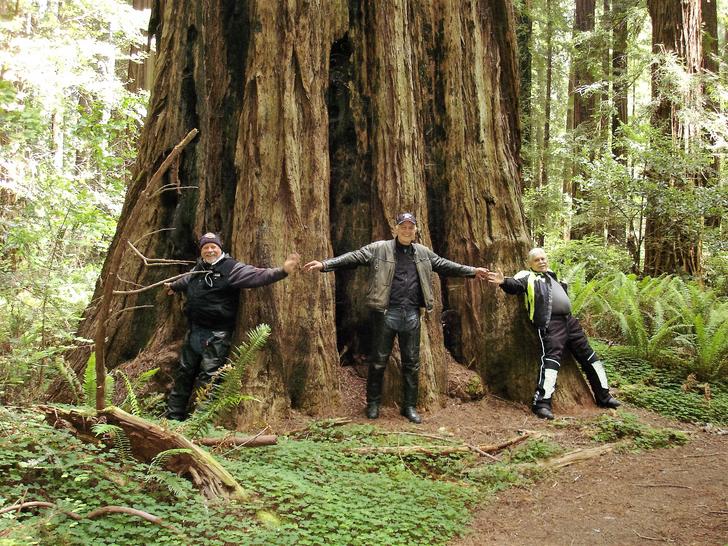 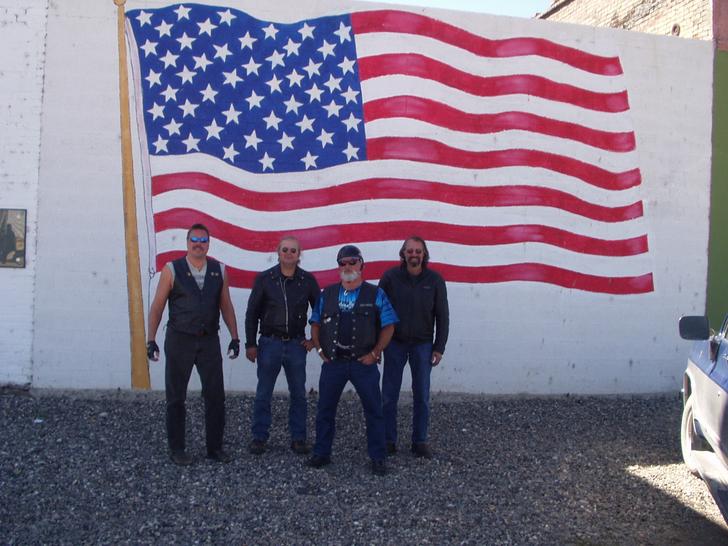 So I sent them 4 prints of the photo. I asked them if I could get a photo of them holding the shot in exchange. I was amazed by the connection that we just created, and by the incredible situation that taking a photo had created.

A few days ago, I received this set of photos in my inbox: 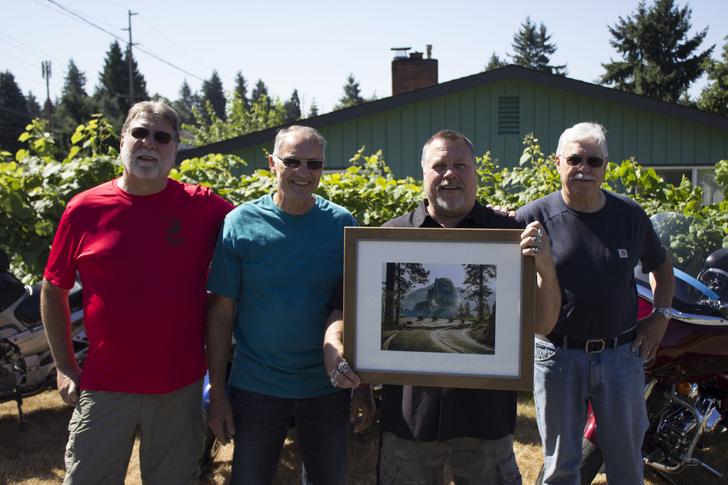 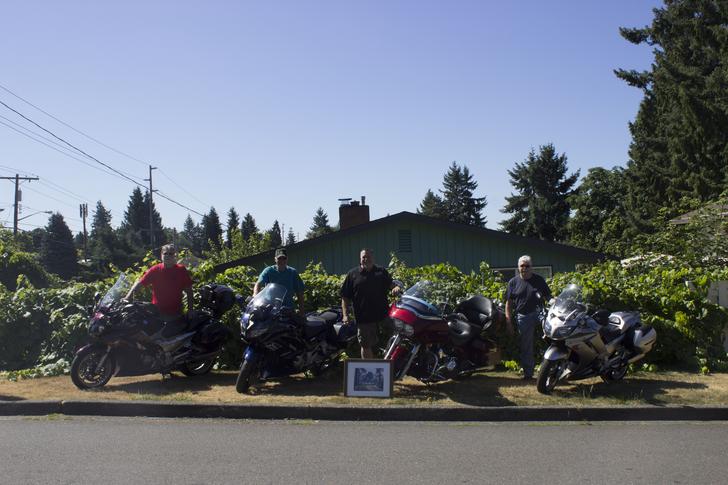 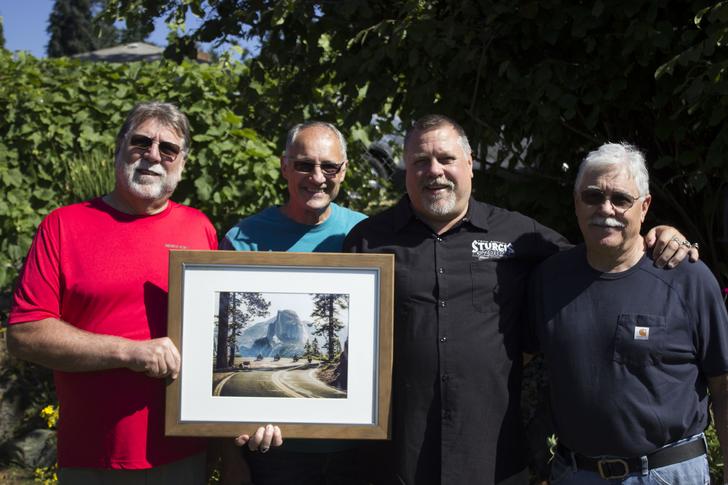 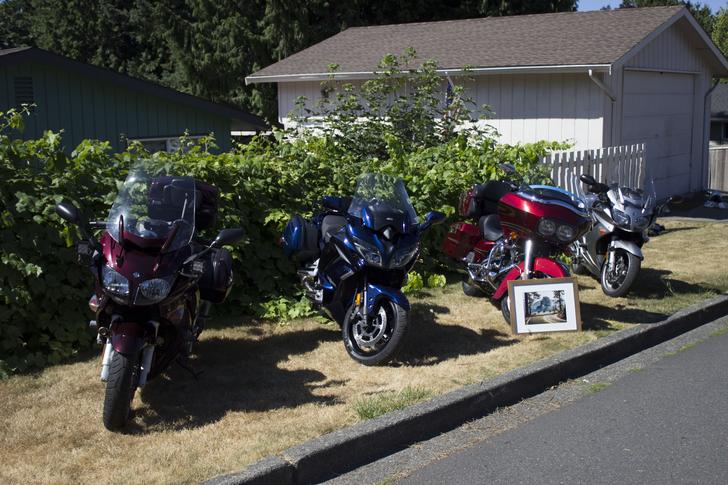 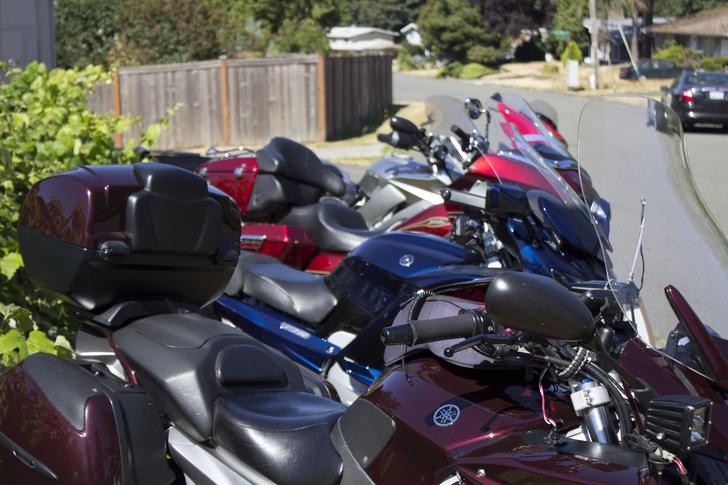 Together with the photos, I also received one of the most touching messages I have ever received. I decided to keep it as it is, and you can find it copied and pasted in this google document.

For the lazy people out there, this is my favorite part of the email:

I don’t remember the exact date, Dave told us someone from the group of 70 we met in Mariposa thought they had seen someone from our large group on the internet. Dave looked at the photo in question only to realize it was our group of four. The photo was mesmerizing. Seriously one of the most epic motorbike photos I have ever seen. And we were in it! Dave printed some low quality photos and handed them out to us. I showed my amateur photographer daughter-in-law. She said it would be cool to have this enlarged. I told her this was a low pixel photo and a quality enlargement wasn’t possible. That was when Sarah tells me “why don’t you do a reverse photo Google search for the original author” I was surprised, never heard of it. Went home and jumped on the internet. After finding the photo on-line from Dave’s link I found a dude on the reddit site. I had to join the site in order to ask the person if we could possibly obtain a high resolution file of the Yosemite photo. The reply back stated he was not the original photographer, but he sent me a link to Andrea’s home page. I began emailing with you and the rest is history.

Photography can be frustrating, but sometimes it can give incredible emotions… I just wanted to share this story.

About the author: Andrea Fanelli was born and raised in Italy and is now a Boston-based MIT researcher who loves photography. You can find more of his work on his website, Instagram, and Facebook.

Dying Photographer Gets His Wish of Visiting a Leica Store

Is This Eclipse Photo #FakeNews?