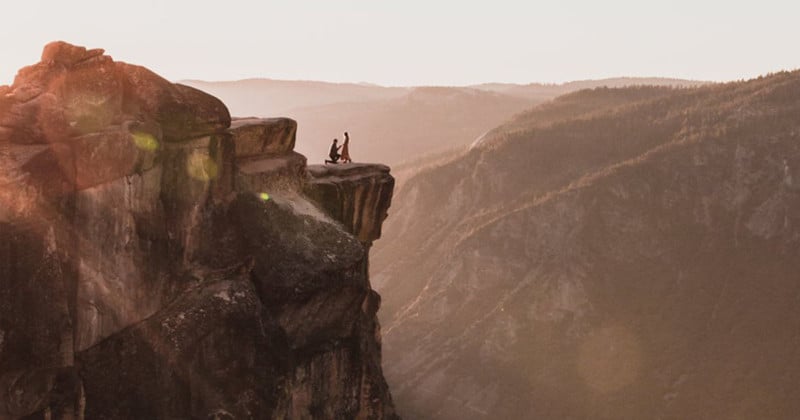 Michigan freelance photographer Matthew Dippel was in Yosemite National Park in California recently when he spotted a man walk out to the edge of a cliff with his girlfriend and drop to one knee. Dippel captured a breathtaking photo of the proposal from his vantage point, and now he’s searching for the mystery couple in his photo.

CNN reports that Dippel was at Taft Point waiting to photograph his friend Josh when he noticed the proposal going down. He’s the photo he made: 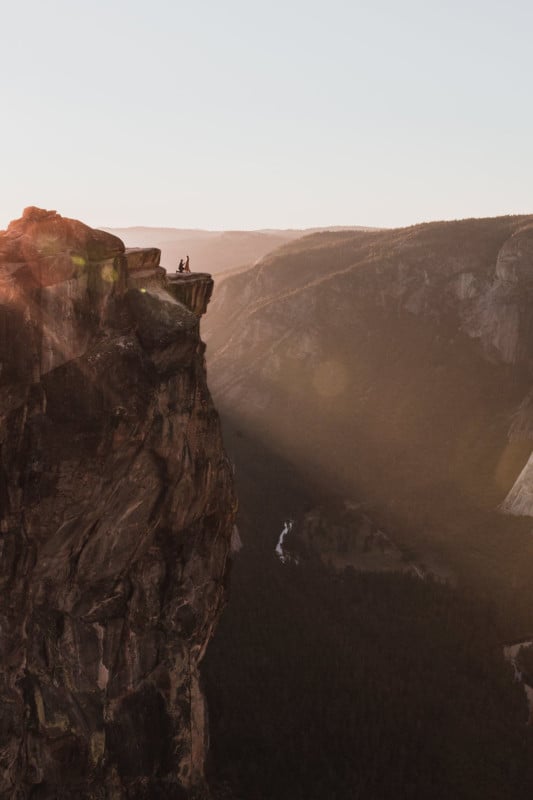 While the wide-angle photo makes the couple look extremely far away, they were located only about a two-minute walk across the ridge. Dippel hurried over to the spot after snapping the photo, but the 20 or 25 people he asked didn’t know anything about the proposal.

After returning home to Michigan, Dippel posted a message on Facebook asking for the public’s help in identifying the pair.

“Alright Internet I need your help,” he writes. “Help me find these two. This was taken at Taft Point, in Yosemite National Park on October 6th, 2018. I took this photo and would love for them to find it. My Instagram is @gorgeouscornchip.”

The post has received thousands of likes, hundreds of comments, and over ten thousand shares, but no one has been able to point to the right couple yet.

Dippel says that if he does find the couple, he’d like to make them a large print of the photo to commemorate their special moment.

Image credits: Photograph by Matthew Dippel and used with permission

Pixii is a Digital Rangefinder with an M Mount, Global Shutter, and Phone Link

In Search of Beauty: Discovering My Place in Art as a Photographer