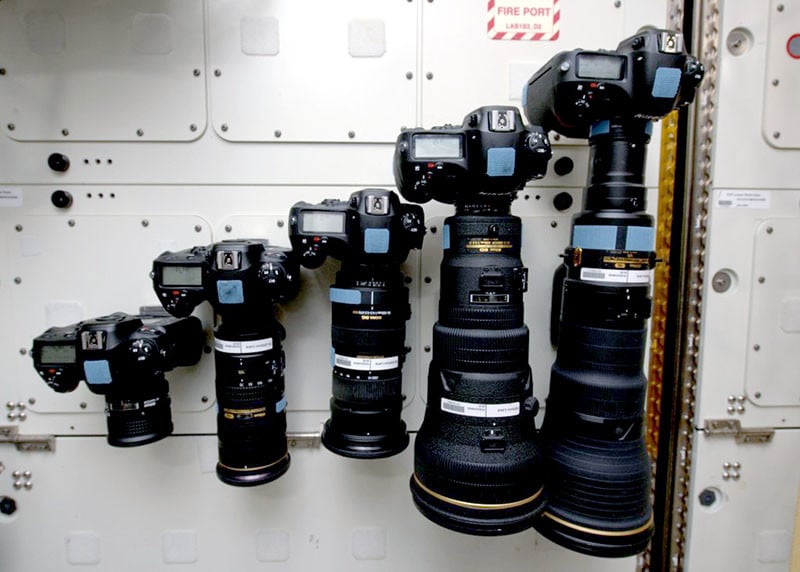 British ESA astronaut Tim Peake has been regularly sharing photos of Earth he’s shooting during his 6 month stay on the International Space Station. He’s often asked about the gear he uses up there, so he decided to Tweet the above photo to show everyone.

“All my Earth pics have been with a Nikon D4 and one of these lenses,” Peake writes in his Tweet.

Often asked what camera I use – all my Earth pics have been with a Nikon D4 & one of these lenses pic.twitter.com/Q2dG74tP1A

We see 5 Nikon D4 bodies lined up in a row on the wall of the station, and each one has a different lens mounted to it, from a wide angle one on the left to a super telephoto one on the right.

You can follow along with the photos Peake has been shooting through his Twitter account. We’ve posted closer glimpses at the DSLR gear on the ISS in older posts here, here, and here.

(via Tim Peake via Digital Trends)

Analog vs Digital: A Look at the Same Photo Taken 15 Years Apart

All Hail the Video Portrait