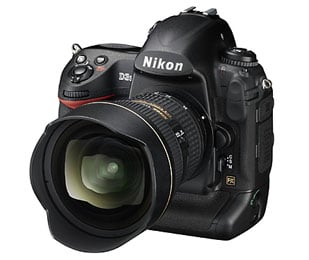 The unmodified equipment will be sent up to the International Space Station (ISS) to document the various activities that go on inside.

If you’re wondering why they purchased 4 fewer lenses than camera bodies, it’s because the ISS already has over 35 lenses on board for photography both inside the space station and out in space.

Nikon has a relatively long history with NASA, first providing the agency with Nikon Photomic FTN cameras for the Apollo 15 mission in 1971, two years after NASA first photographed the moon with specially modified Hasselblad cameras.

There are all sorts of reasons being suggested on the web for why NASA chooses Nikon gear over Canon gear in the DSLR era, but it would be interesting to hear the exact reasons straight from the horses mouth.

(via The Imaging Resource)