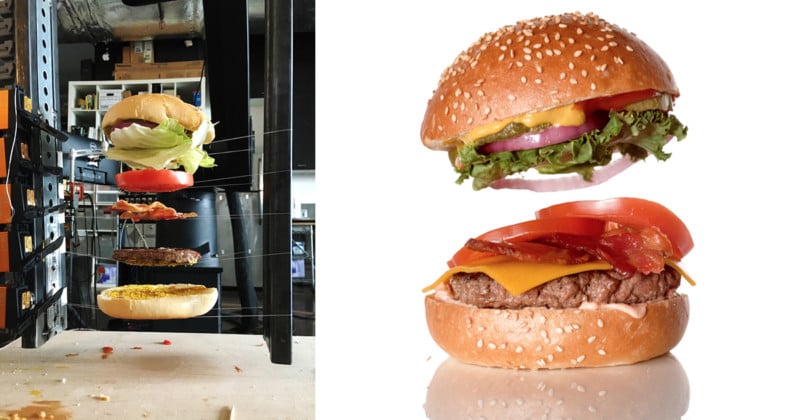 In its best form, art can lead major innovations in science and technology. The earliest photographers were more like scientists and chemists than artists.

Much of their image making process revolved around the technical process of exposing an image correctly. The subject matter in front of the camera was in many ways less important than the process of taking a technically correct photograph. Nonetheless, these early photographic technologists had a major role in pushing the art and science of photography forward.

Technologists who are artists are capable of pushing the boundaries of technical innovation while also creating interesting visuals. When the artist’s vision is grander than the current technologies available, they take matters into their own hands and figure out how to create the technologies necessary to actualize their creative visions. It’s this passion for both scientific and creative innovation that drives their whole medium forward.

High-end cameras are now in our mobile phones, flying around in self-piloted drones, and are streaming live from space. The once complex process of properly exposing an image with a camera has now been taken over by the camera itself. Cameras that can now shoot both high quality still images and video have become commonplace.

It’s this seemingly simple change in a device that has set in motion a radical chain reaction affecting the entire world of content creation. The wall between still photographers and cinematographers is quickly being torn down.

When it came to the profession of commercial image making, the status quo since the inception of both technologies was that you were either a photographer, or you were a cinematographer. But now with high-end devices that can do both, what will the users of these devices be called? Image Makers? Ographers? Photo-cinematographer? There will continue to be different kinds of specialists, but the type of work they create will be their specialty; the camera they use will not be what defines them.

Finding the core story at the heart of a brand and creating interesting still or moving narratives around that is and will always remain the first priority. Clients, brands, and ad agencies need to rethink how they produce content and hire content creators. The video and still channels have traditionally been segregated, running as parallel paths of content creation carried out by different artists. Obviously print imagery and video imagery will always have different paths of distribution; but the way the content is created needs to be much more integrated from conception to publication.

Human beings have incredible imaginations and the unique ability of think outside the box when coming up with new creative ideas. Computers and robots are great at doing simple or complex tasks over and over in incredibly accurate ways. When these two powers are combined the results can be magical.

Visual Engineering is the marriage between modern technologies and the new hybrid image maker. Robotic automation, artificial intelligence, deep learning, and smart technologies are becoming more and more integral parts of our everyday lives. It’s time to integrate as many of these new technologies into the commercial image creation process in order to create never before seen imagery. 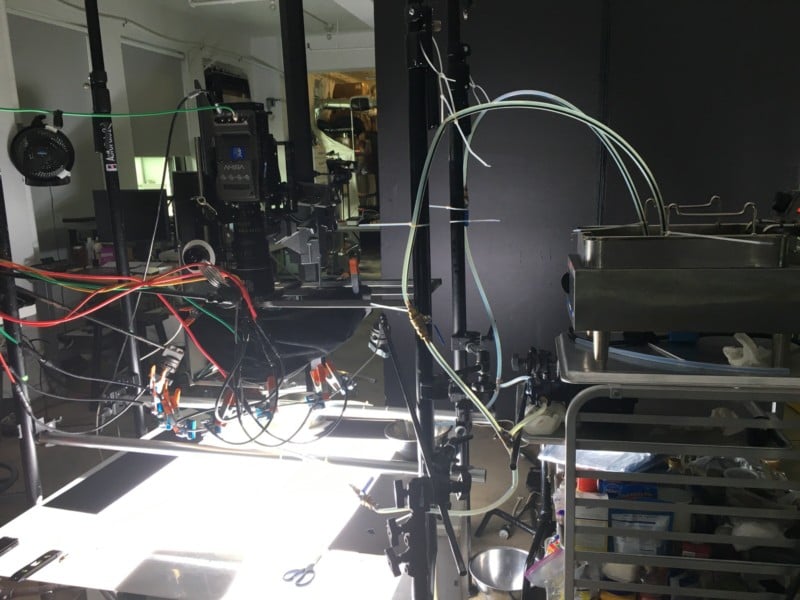 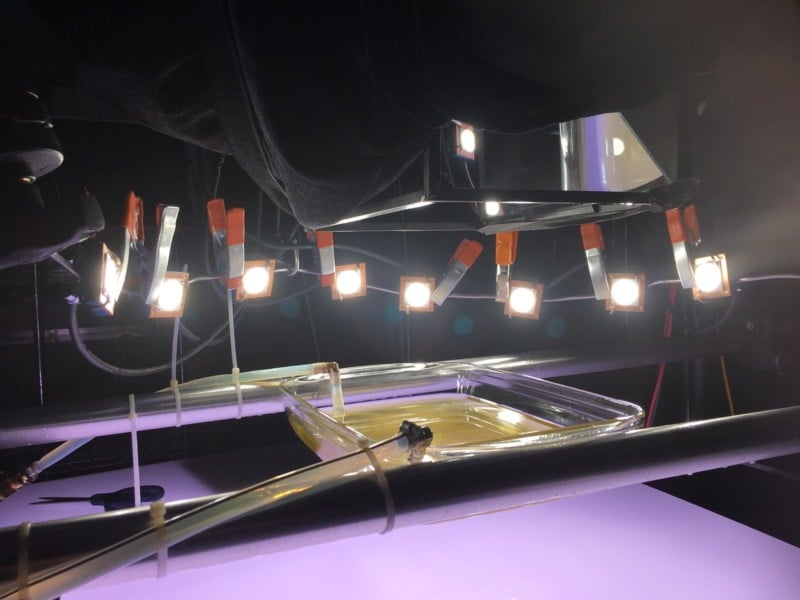 There are hundreds of ways to accomplish the same end goal. Many of the tasks involved in most tabletop and still life shoots aren’t incredibly complex; objects are dropping, exploding, splashing, spinning, turning, and rolling. Automating as many of these tasks as possible increases efficiency while also creating amazing visual imagery. As needed, new technologies are created or merged in order to accomplish the end goal at hand. 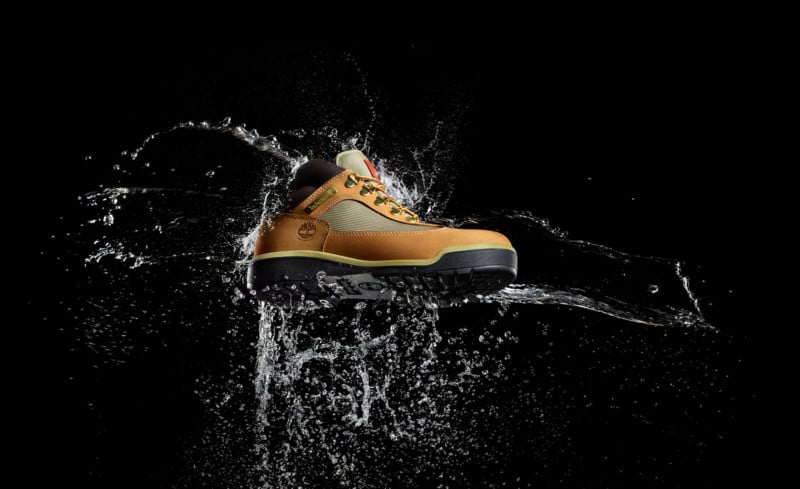 Although cameras today can shoot both videos and still photos, we don’t yet have any lighting devices truly designed for this purpose. I have built my own custom high power LED lights that work great for the purpose of shooting video, and also work as strobes for still photos. This allows me to use a single light source to freeze super-fast action for still photos while simultaneously using that same light to shoot high-speed flicker-free video at any frame rate. The lights I have created are also computer controlled allowing them to interact with the automated actions happening in front of the camera. My hope is that lighting manufacturers will eventually begin to create lights with this purpose in mind. 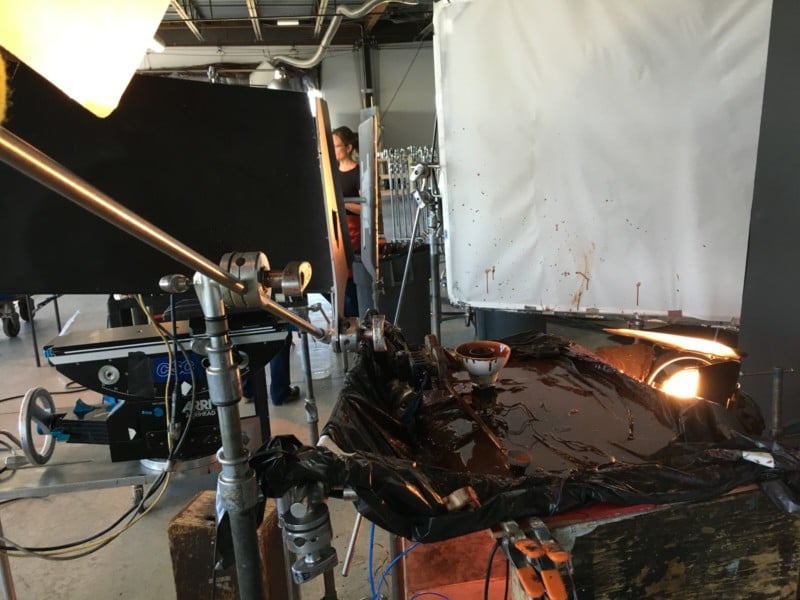 Trying to ignore a world that is rapidly changing around us will only leave us outdated and without purpose. Those who are willing to question the old paradigms — and think differently — are the ones who will stand out.

About the author: Steve Giralt is a NYC based photographer, director, and visual engineer. The opinions expressed in this article are solely those of the author. Giralt offers his services out of his high-tech studio laboratory located on the west side in Manhattan. Visit his website here to see more of his creative projects.