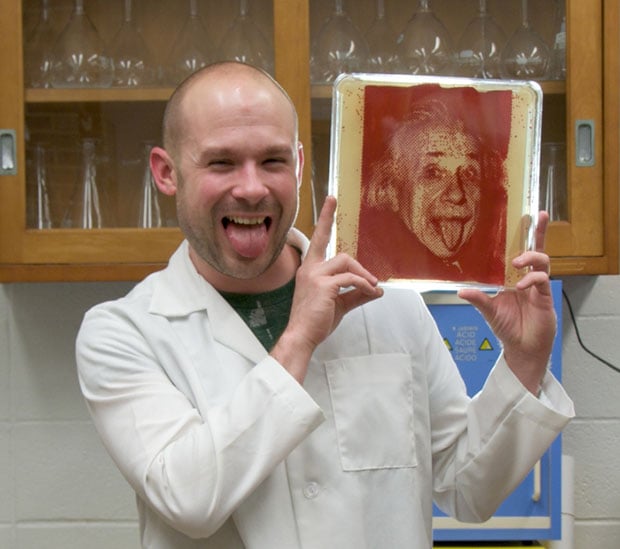 
Here’s how Copfer’s method works: he first takes a supply of bacteria like E. coli, turns it into a fluorescent protein, and covers a plate with it (does this remind you something?). Next, he creates a “negative” of the photo he wants to print by covering the prepared plate with the photo and then exposing it to radiation. He then “develops” the image by having the bacterial grow, and finally “fixes” the image by coating the image with a layer of acrylic and resin.

Using this process, he creates images of things ranging from famous individuals to Hubble telescope photos of galaxies: 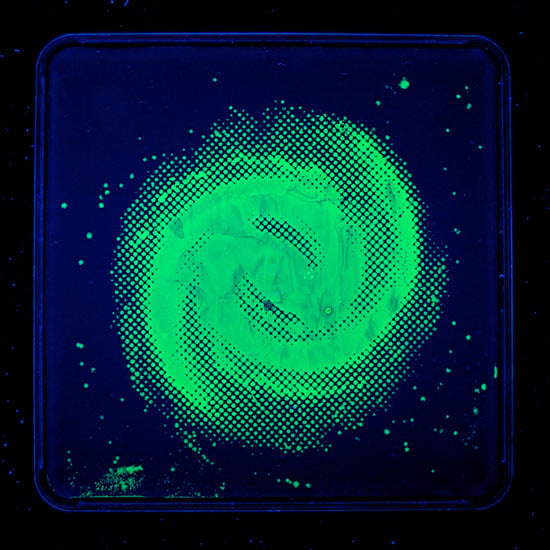 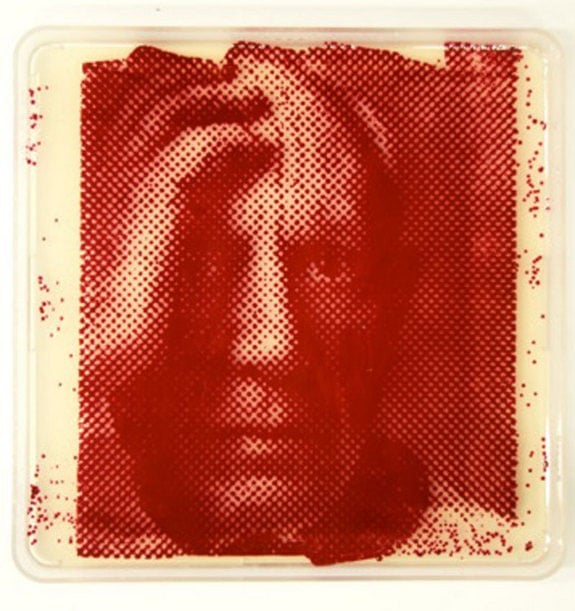 Copfer writes that his project is intended to be a counterexample to the false dichotomy of art and science:

As a former microbiologist recently turned visual artist, I have begun searching for ways to synthesize the seemingly dichotomous fields of science and art. I believe that the separation of art and science is a misconception shared by many who are unfamiliar with the simple elegance of scientific theories. For me the world of science has always been a beautiful poetic place, more artful than anyplace else I have ever known.

You can find more of Copfer’s bacteriographs over on his website.