It’s not a new feature, but today Apple has released a new cinematic commercial for its ‘Memories’ feature of the Photos app on iOS devices. It’s poignant look at the power of photography in helping us enjoy memories.

In this short film, an elderly archivist browses through old images, carefully putting together slides and collections of photos. Once he’s happy with his work, he loads it up onto an old projector. As the projection bursts into life, the iOS software takes over and a slideshow appears.

This approach is different to Apple’s signatory ‘white screen with hands’ style advert. But it’s a beautiful film, and it grabs the viewer’s attention immediately. 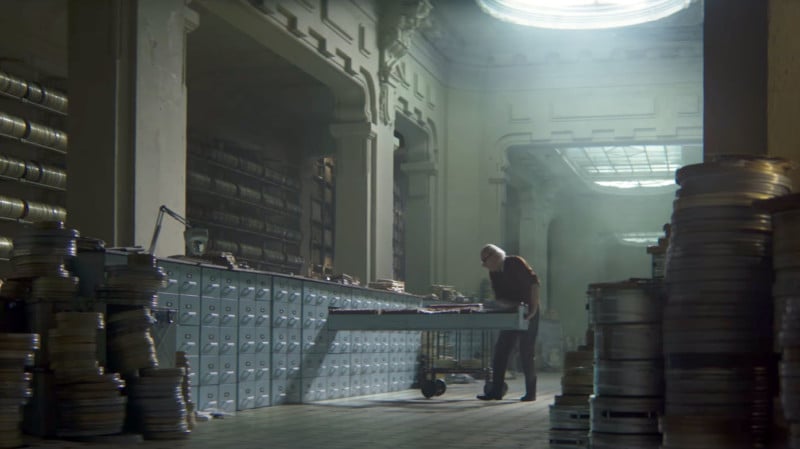 By creating a campaign around a perhaps unknown feature for a number of users, Apple is able to help customers maximize their engagement and enjoyment of the iOS software.

‘Memories’ pulls together similar photos and produces wonderful slideshows to view, bringing images to the forefront of your attention that you’d perhaps forgotten about in the thousands of snaps on your phone. It uses location data, as well as face recognition, to establish important moments.

It’s safe to say that the commercial is a wonderful personification of what goes on in your phone when it creates these slideshows.

How a Photographer Shot Butterflies in Her Stomach