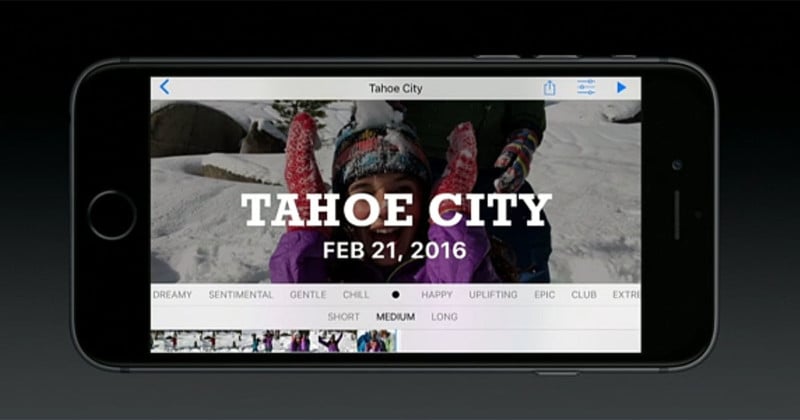 Apple just unveiled iOS 10 at its annual Worldwide Developers Conference in San Francisco today. Among the new features is a smarter Photos app for making, storing, sharing, and revisiting your memories.


First off, artificial intelligence plays a big part of iOS 10. For photos, there will be automatic tagging of both faces and objects in your shots. 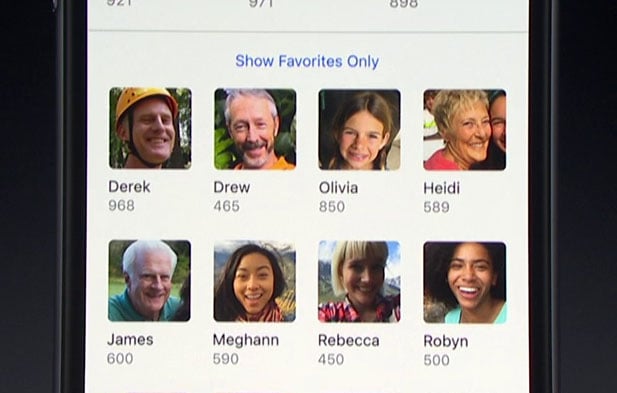 Together with a new Map view, Apple will help group photos by people, places, and more, all without any extra input from you.

These smart collections of photos are called “Memories” and are found in a new tab inside the Photos app. 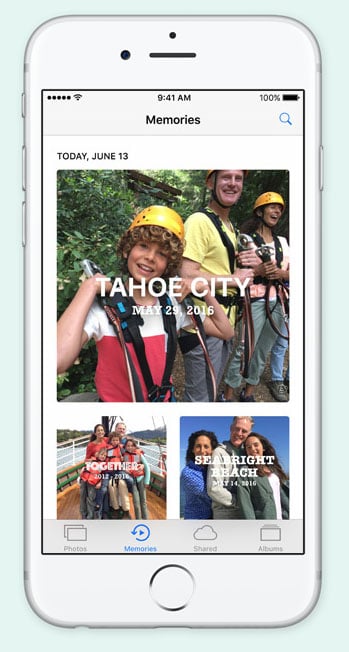 The app can even automatically create video slideshows with smooth transitions and background music that allow you to revisit cherished moments in your life.

While Google Photos can do many of these powerful auto-suggestions and taggings as well, iOS 10 will be able to do all the heavy lifting — 11 billion computations per photo — directly on your iOS device, meaning you won’t need to transmit data across the Web. 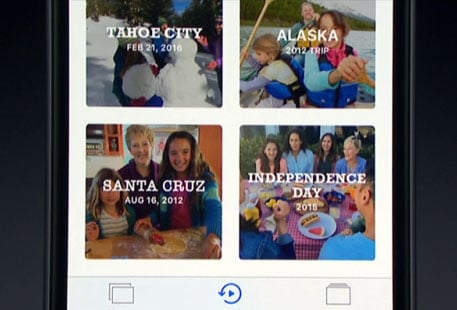 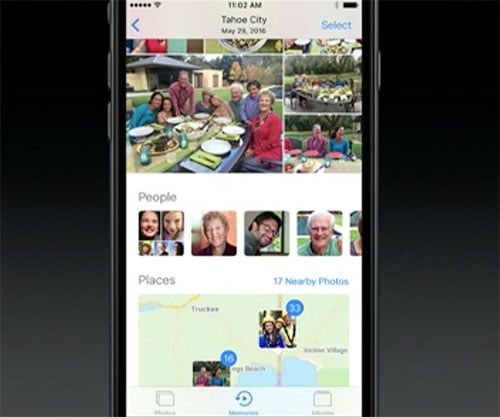 The new Photos app on the next Mac OS, named macOS Sierra, will include many of these powerful photo features as well.

Image credits: Video by The Verge. Animated GIF by TechCrunch