Canon’s amazing new ME20 camera can shoot at a whopping ISO 4,560,000 and can capture incredible views of stargazers under the Milky Way. Now the short video above shows what the camera can do underwater — Canon and a team of researchers recently used the camera to shoot bio fluorescent turtles. 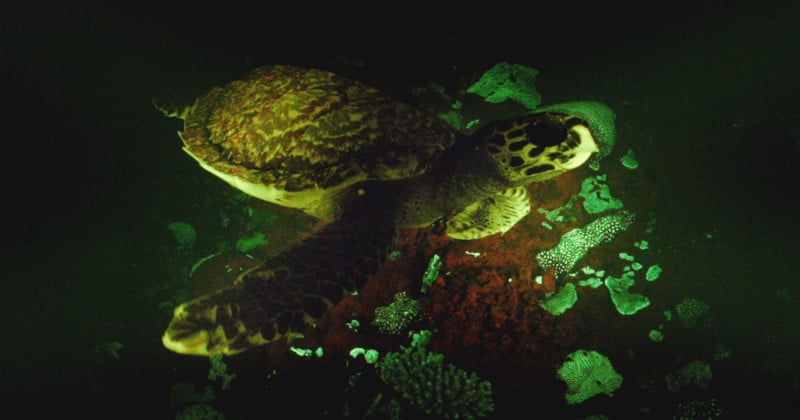 The short video shows off the capabilities of the full-frame 2.2-megapixel sensor, which Canon says “enables researchers, professional photographers, cinematographers and enthusiasts to shoot impactful clear and crisp imagery, even when masked in darkness due to extremely low-light conditions.”

In the making of video below, Casagrande talks about using the viewfinder as a ‘scouting tool’ to help him see underwater without disturbing the natural environment, although the footage does show the use of a large lighting rig.

For more on Canon’s $30,000 ME20F-SH, take a look at our back-catalog of posts on the camera. Perhaps a few of you have saved up enough to buy one since the camera was announced in 2015!

(via Canon USA via Shutterbug)

Photographer Zwelethu Mthethwa Gets 18 Years In Jail For Murder