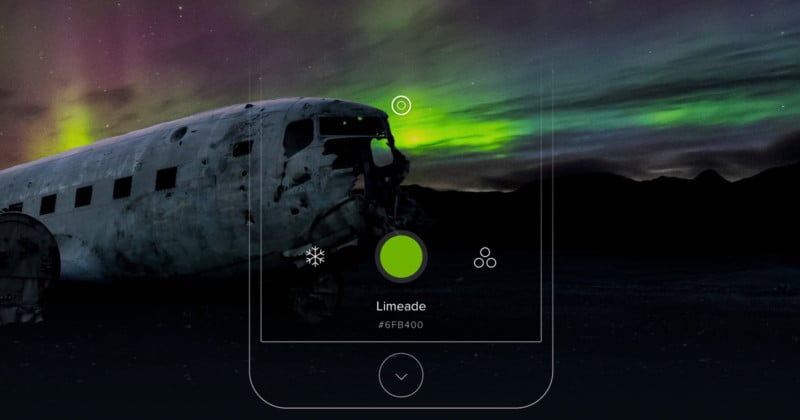 Cone is a beautifully designed iOS app that uses the phone’s camera to pick Pantone colors from the world around you. 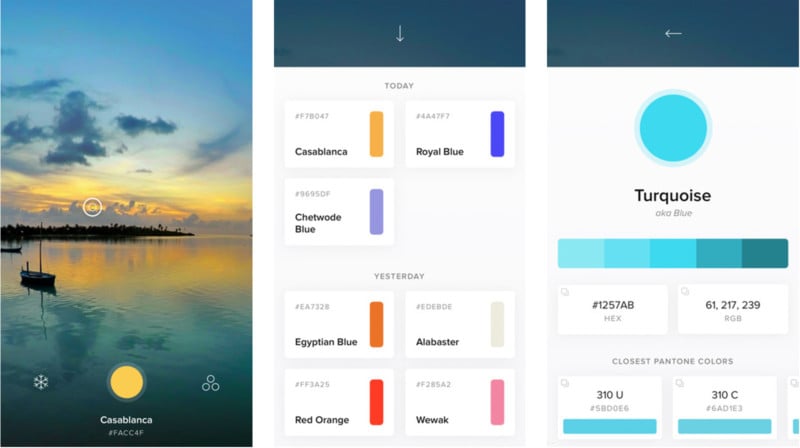 The $2.49 app samples colors along with their Pantone name in real-time – the precise opposite of the color matching project we wrote about yesterday. Cone is a very handy way to create satisfying color palettes from real life scenes, and it also provides the hex color values for use in web or graphic design.

Cone works by converting the captured color to the L.A.B. color space, and then it finds the closest Pantone color. Designer and developer Kushagra Agarwal tells PetaPixel that he is actually colorblind, which provided a unique challenge in developing the app.

I just had to trust the camera data and translate that to color names. Once I was done with that, I showed it to my friends with normal vision and they confirmed it was correct. After that it was mostly coding, haha!

You can find Agarwal’s app in the iOS App Store by searching for “Cone Pantone”, or by following this link.

Photokina to Become an Annual Event, Will Diversify Beyond Cameras in 2018