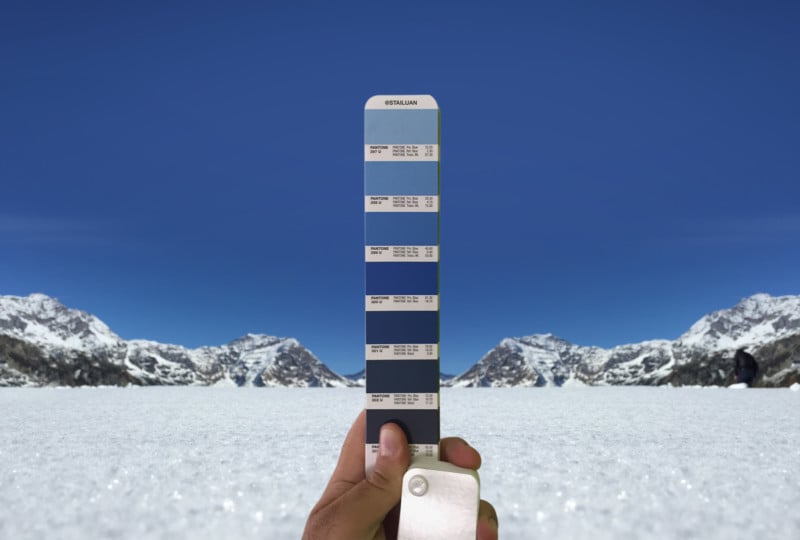 Pantone’s quest is to become the universal language of color. The Pantone Matching System allows printers everywhere in the world to ensure they’re producing colors accurately. Artist and graphic designer Andrea Antoni has found a different use for this language of color: matching it to photographs taken in his home country of Italy.

Though not the first artist to re-purpose Pantone swatches, Antoni has used them in his own unique way to describe the world he sees around him. In his series on Instagram, he holds up a Pantone fan deck to match the landscape – from the Cool Gray 1 C of Madesimo in the Italian Alps to the 1495 U of the buildings lining Venice’s famous canals.

Antoni manipulates his photographs to better evoke his experiences of his home countries, as he told Creators:

While it is definitely these same places in the pictures, it is also not them; colors have changed, buildings are cut out and presented in different ways. The result is a world that is unreal from one point of view, but extremely true from another. That’s the place of memory; real and recreated at the same time.

Following are a selection of images from Antoni’s series. You can find the entire collection along with his other photography and photo manipulation work on his Instagram.

A Beginner’s Guide to Creating Black & White Photos in Lightroom