For their project 24×360, Patrick Rochon, Timecode Lab, and Eric Paré combined a 360-degree “bullet time” rig with light painting and produced some pretty sweet results. The short teaser above shows some of the pieces they created. 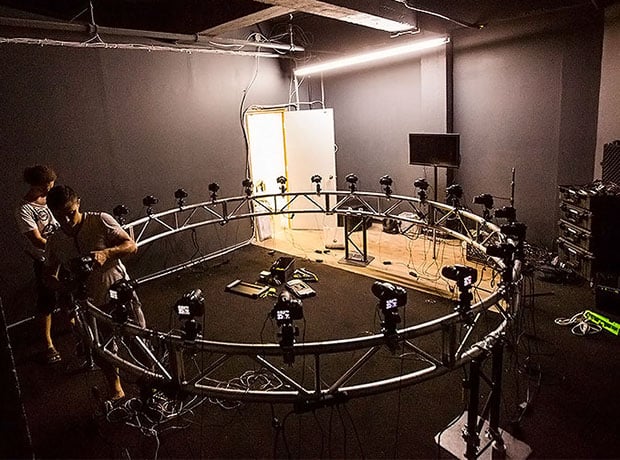 Their rig consisted of 24 DSLR cameras pointing in toward the center of a circle. The cameras then simultaneously capture a long-exposure photograph while the light is being painted into the scene, producing a 360-degree view that can be enjoyed in a special viewer.

Here are some of the resulting shots:

You can find more of these images in the project’s online gallery (warning: some of the shots are slightly NSFW).

If you liked this concept, you should check out the similar project photographer Richard Kendall did earlier this year. That one focuses more on light-painting than on portraiture, and uses a much larger rig.