“With the domestication of animals, humans came to see themselves as the masters of the planet, and the animals living upon it beasts or servants to be killed for food, put to work, or placed on this planet to serve our needs,” Iliya writes. “But a closer look into the lives of animals reveals a fascinating and complex world.”

To capture a bird’s eye view of some of our planet’s most incredible animals, Iliya took his drones (a DJI inspire 1 X5, Phantom 4 Pro, and Phantom 3 Pro) to Peru, Sri Lanka, Kenya, Ghana, Hawaii, Kamchatka Russia, and Iceland. 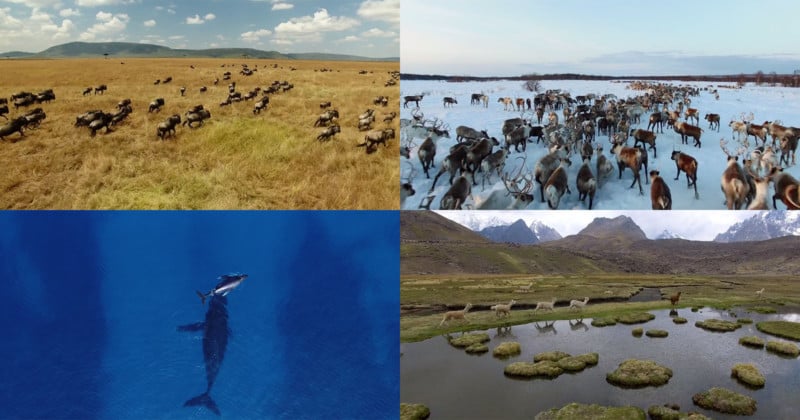 Iliya says that every shot of sensitive wildlife was captured under the supervision of park rangers or while training conservation personnel on how to fly with minimal disturbance to animals below.

“We live in a world where each species is more incredible than the last,” Illiya says. You can find more of his work on his website, Vimeo, and Instagram.

Ep. 174: Did the Camera Industry Finally Hit Bottom? – and more