Remember Nicolas Vuignier, the skier who shot bullet time by swinging his iPhone around his head? He’s back again with another brilliant idea: he shot “poor man’s drone” footage by throwing his GoPro into the air.

As you can see from the 2.5-minute video above, the results were pretty incredible.

“Too cheap to buy a drone? You’re not alone,” Vuignier says. He decided to tinker with this idea of unusual aerial-videography after seeing and backing the AER project on Kickstarter, which aimed to make simple aerial shots cheap by wrapping GoPro cameras in a NERF football-like housing.

Vuignier says he customized a prototype he received for his own specific idea: “a shot where the skier himself releases the camera while jumping, creating an unprecedented camera motion.” Instead of mounting his camera to the front of the AER, Vuignier attached it to the tail so that it could shoot backwards. 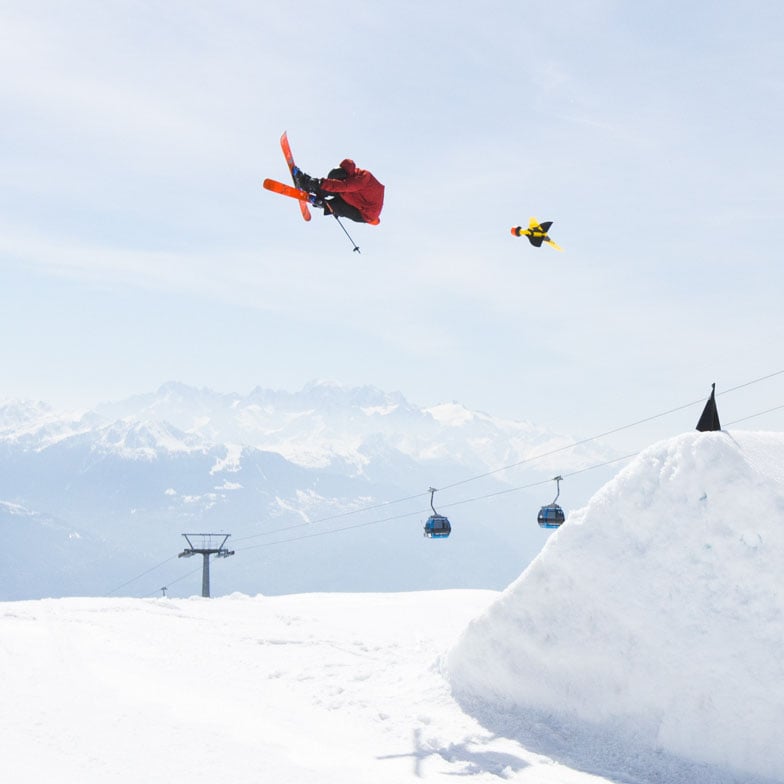 “Doing a trick and throwing a camera at the same time is very difficult, I had to be very focused in order throw the camera first then set the trick, all of that happens in a fraction of a second,” Vuignier says.

It took the Swiss skier 2 weeks of trial and error to achieve the results he was after. The footage you see in the video above was shot over the course of 10 days, with only about 2 to 3 usable shots obtained each day. Of the 50GB of videos captured, Vuignier was only able to use about 8GB.

And in case you’re wondering: no, the video isn’t a stealthy ad by GoPro or AER. Vuignier used his own camera and had a budget of $0.

How I Found My Niche in Professional Photography

Photography Competitions: Are They Even Worth It?