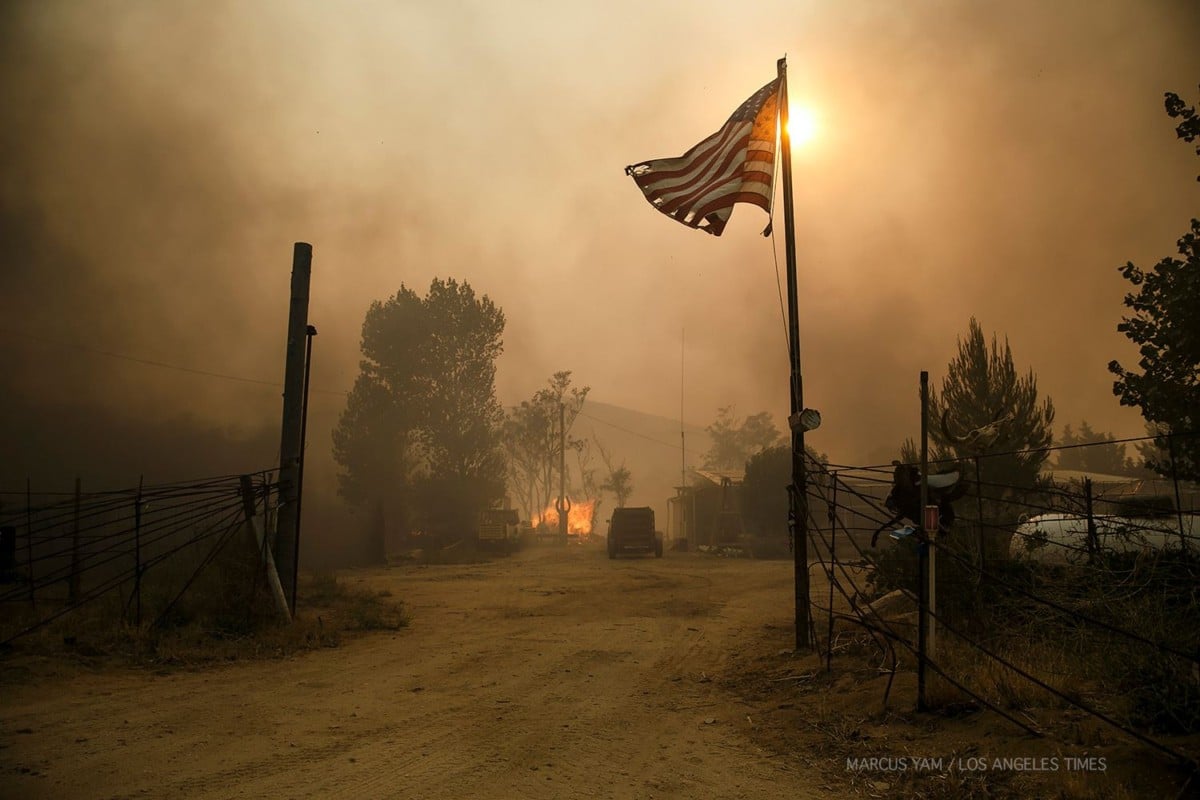 While studying aerospace engineering at the University of Buffalo, Malaysia-born Marcus Yam caught the photography bug, altering the trajectory of his career. He started his life in photojournalism interning for The Buffalo News, then went on to pursue a graduate degree at Ohio University’s School of Visual Communications.

His skill quickly earned him internships at The New York Times (where he won an Emmy for a series on military life) and The Washington Post. After working for the Seattle Times, Yam earned a coveted staff position at the Los Angeles Times. This year, he was named the 2016 POYi Newspaper Photographer of the Year.

Upon returning home from a recent assignment in Iraq, he found a large package at his desk.

In his own words:

“WOW, thank you for the birthday wishes! It was really moving to hear from so many of you. I didn’t do much except for work more, but I will try to do something special this weekend. I’m a person of simple convictions and I don’t usually celebrate with any material possessions but this year—a LARGE box, the size of a television arrived in the mail at work for me, while I was overseas. (Everyone thought I had ordered a television and got it shipped to work.)

“I received an incredible gift from a reader. I had photographed a wildfire encroaching on his home but I had to move quickly with the cutting edge of the fire. Darl Synder of Weldon, CA built this box, the shipping container, wrote a touching letter and included the American Flag from the photo that I had taken during the wildfire in Lake Isabella, Kern County.

I stood a few feet from you when you took this picture of my home.

I thought to myself, “another vulture, sensationalizing on people’s misery.”

After seeing this photograph and looking at your portfolio, I was wrong.

You portray human emotion without all the makeup and glamor.

You have my respect.

My home withstood the test that night and Old Glory still waves.

Today I have replaced that tattered flag with a new and shiny one.

I would like you to take care of the old flag for me. 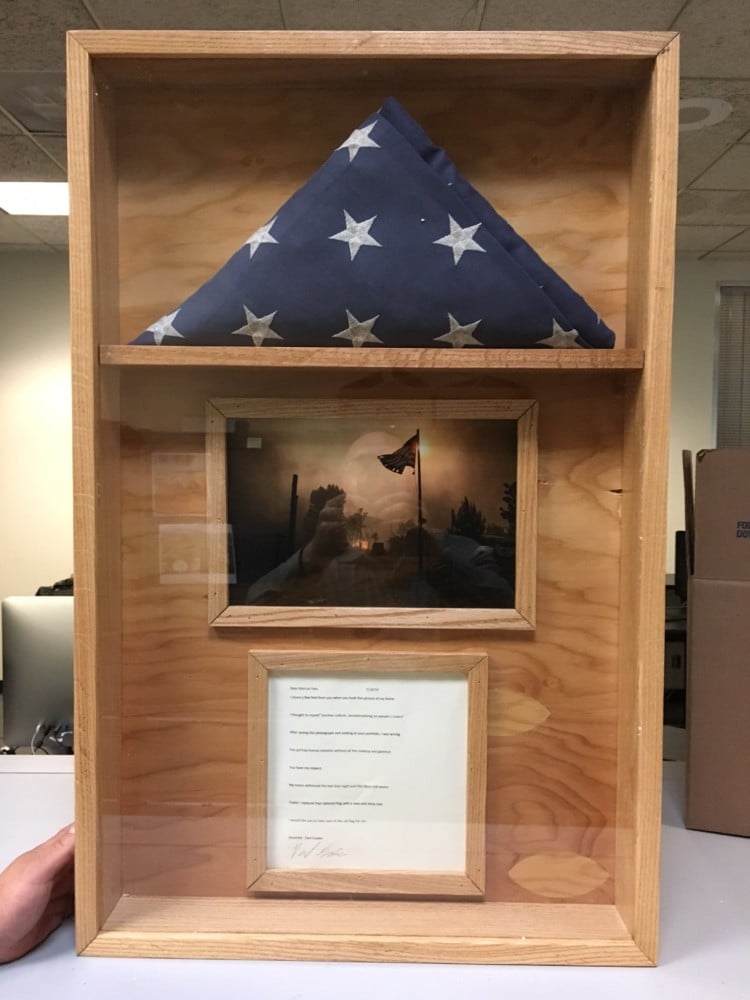 “It’s not often you hear from a reader, let alone receive a personalized gift of a lifetime from one. I would like to humbly thank Darl for his trust in me and for letting me take care of his tattered Old Glory.

“It’s an incredible reminder of the special role and privilege we have, as photojournalists, to witness, feel, capture and convey humanity. I feel extremely grateful and fortunate to be doing what I love and to be doing it alongside folks who feel the same way.”

Army Photographer Captured the Blast That Killed Her

The Dos and Don’ts of Landscape Photography